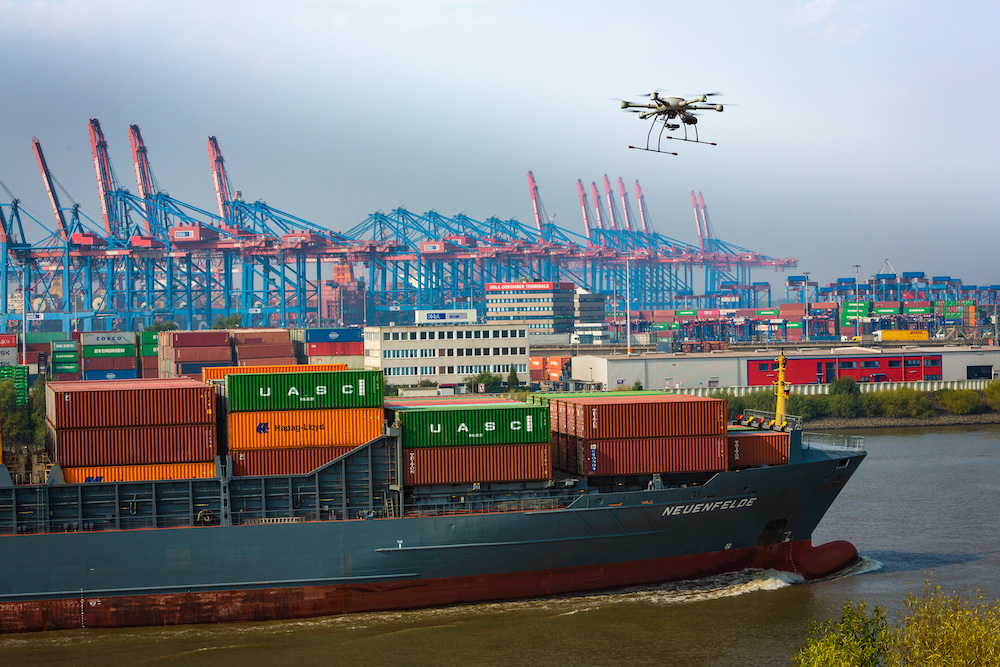 The HHLA Sky drone, safeguarding the port of Hamburg.

Reusable rockets, gecko-like adhesives, smart boots—the judges of the 2021 German Innovation Awards did not lack for choices. In the end, though, the Port of Hamburg’s new massively scalable integrated drone management system was one of a handful of entries in the start-up category that caught their eye, emerging as the winner.

Developed by HHLA Sky, a subsidiary of Hamburger Hafen und Logistik AG, the logistics company that manages Europe’s second-largest port, the integrated solution can operate a fleet of more than 100 drones simultaneously from a single command center, either in shared air space or in locations anywhere in the world. “Software-wise, there’s basically no limitation. I’m always saying over 100 because nobody will believe me if say 1,000,” quipped CEO Matthias Gronstedt. 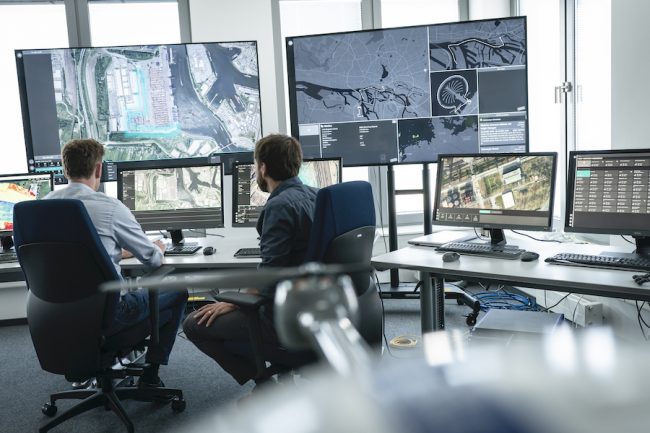 “The system was initially conceived to address a requirement for integrated drone operations to be embedded into day-to-day activities in the Port of Hamburg,” Operations Manager Tom Wiernikowski said.

HHLA Sky engineers looked first for an on-the-shelf solution that could serve many communications and monitoring needs in the advanced and highly automated 28.5 square-mile facility. But they couldn’t find one that provided the degree of scale, flexibility and security the port required.

“Current off-the-shelf drone solutions only solved part of the puzzle of what we were trying to achieve,” Wiernikowskiexplained. “They weren’t entirely suitable for scaled industrial operations, especially where they were required to integrate into our existing industrial processes, protocols and workflows.”

From the six-rotor aircraft with redundant engines to secure but high-speed control software, development of the bespoke drone system took several years. “We’ve designed it from the ground up,” Wiernikowski said.

Although HHLA Sky’s drones are designed to share the same airspace, they can be flown simultaneously at different locations, trackable by fast, direct, encrypted video transmission to remote pilots in a 300-millisecond point-to-point broadcast or an 800-millisecond multicast.

Infrastructure inspection, perimeter security, chemical sample collection and paperwork delivery rank among the use possibilities. Individual aircraft can handle a payload of up to 3.5 kilograms, which makes them adaptable for many uses. “That could be thermal cameras. That could be radiation detectors. That could be chemical analysis. It could be just straightforward RGB optical and video cameras, depending on what is required,” Wiernikowski said.

Despite the automated features, the system is not designed to operate at full autonomy. “Of course, we can do all kinds of automatic things, but as part of our system, there is an operator who is able to intervene at any time when needed,” said Thorsten Indra, project developer.

Currently, the system operates not only in the Port of Hamburg but in three other HHLA ports—Tallinn (Estonia), Odessa (Ukraine) and Trieste (Italy). HHLA Sky is beginning to market the technology to other industries as well.

Designed for the big leagues

The HHLA system’s original purpose of port management and infrastructure inspection makes it suitable for many different kinds of industrial customers, Indra stated. “We have obstacles,  we have different security needs. We are basically bordering the city; we’re very near an airport, so all the safety protocols had to be geared to a very demanding setting,” he said.

The system is designed to be a near-turnkey solution. “Ninety percent of it is all engineered, built, and ready to go,” Wiernikowski said. Once HHLA Sky engineers work with the client to customize the final 10% and the client’s staff receive 10 days of training, the system should be operational.

Having the control desk, the control center, the aircraft and the payload capabilities all in-house gives HHLA Sky complete control over its drone system. CEO Gronstedt explained this advantage for users. “That means we have full control over the technology, meaning it’s not going to become redundant and we can support it and service it. Customers don’t want to have a puzzle of four and five, six different kinds of drones and in the background, four to five different software systems.” 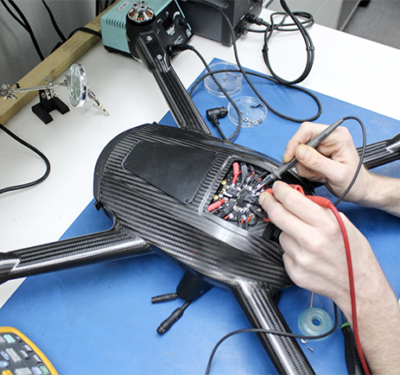 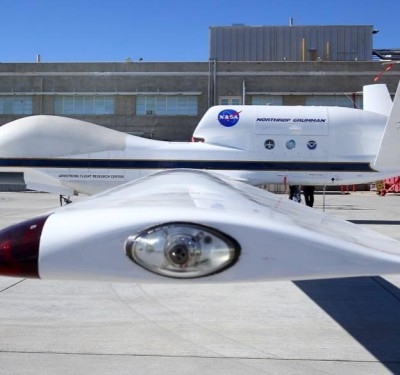 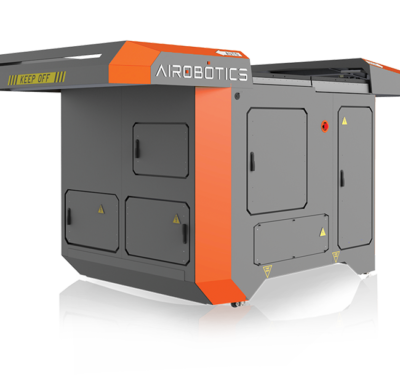