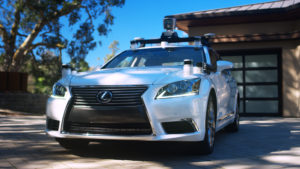 Toyota has been working on autonomous vehicles in the United States for more than a decade at its technical center in Ann Arbor, Michigan, and the Toyota Research Institute (TRI) displayed its 2.0 generation advanced safety research vehicle this spring at the company’s Prius Challenge event in Sonoma California. The all-new test vehicle will be used to explore a full range of autonomous driving capabilities.

At the Center for Automotive (CAR) Management Briefing Seminars — July 31 to August 3 in Traverse City, Michigan — Vice President of Autonomous Driving at TRI Ryan Eustice stated that recent developments are making things easier for drivers. Breakthroughs in artificial intelligence (AI) now allow the car’s controls to intervene before an accident, and data gathered via sensors can help drivers make more informed decisions. The challenge, he added, comes with delivering these technologies to drivers without overwhelming them, or turning them off.

Toyota’s driver assistance technology, known as Guardian, is intended to operate in the background, intervening only when a dangerous situation is imminent.

In a Guardian application, the driver always has hands on the wheel, eyes on the road, and the Guardian system operates in the background to sense any potentially dangerous situations. Guardian’s goal is to inform, warn and intervene when necessary, according to the TRI. This application uses the AI to enhance the individual as a driver.

Inside Unmanned Systems asked the TRI to explain how AI works with a car’s controls to intervene before an accident, and to address some of the recent advancements in this technology.

“We’re still in the development phase, so it’s premature to assess how the system might engage the vehicle controls. It’s important to note that Guardian is one of two applications of our autonomous system. We’re simultaneously developing an application for full vehicle automation — called Chauffeur. Both Guardian and Chauffeur use the same technology stack. However, the timeline for development of a Chauffeur application is long, so parallel development of Guardian allows us to potentially deploy sooner and save lives along the way,” a TRI spokesperson said.

The new, advanced safety research vehicle that debuted at the Prius Challenge event is the first autonomous testing platform developed entirely by TRI.

The system is computationally rich, focusing heavily on machine vision and machine learning. The layered and overlapping LiDAR, radar and camera sensor array reduce the need to depend too heavily on high-definition maps – especially for near-term systems which will be designed for use in areas where such maps don’t yet exist, according to Toyota.

The platform is the second generation of the advanced safety research vehicle revealed to the public by Toyota at the 2013 Consumer Electronics Show. It is built on a current generation Lexus LS 600hL, which features a robust drive-by-wire interface. The 2.0 is designed to be a flexible, plug-and-play test platform that can be upgraded continuously and often. Its technology stack will be used to develop both of TRI’s core research paths: Chauffeur and Guardian systems.

Chauffeur refers to the always deployed, fully autonomous system classified by SAE as unrestricted Level 5 autonomy and Level 4 restricted and geo-fenced operation. Toyota describes Guardian as a high-level driver assist system, constantly monitoring the driving environment inside and outside the vehicle, ready to alert the driver of potential dangers and stepping in when needed to assist in crash avoidance.

After Eustice’s remarks about making sure drivers are accepting of these breakthroughs, Inside Unmanned Systems asked the TRI about Toyota’s approach seeking to avoid drivers relying too heavily on the system.

“TRI’s strategy with Guardian is to have the human always in control of the vehicle and the technology intervenes to prevent crashes,” the research institute stated in an email. “If you look at a person’s ability to drive, it can ebb and flow based on level of attentiveness or drowsiness. Guardian presents an opportunity to enhance overall driving performance. We think there is opportunity to improve a driver’s performance over time by finding a suitable way to convey the rich information detected by the autonomous sensors so that they are better aware of the surrounding environment, similar to how blind spot monitoring works now.”

Additionally, there is a user experience team at TRI that is researching this, and “we think autonomous vehicle development is an opportunity to take a fresh look at the cockpit design and explore different ways of conveying rich sensor information in a way that is intuitively understandable.” The TRI added again that this is still in the early research and development phase.

It’s exciting to think about all the possibilities automated vehicles bring — even if they’re only taking over part of the driving task for now. Their benefits are many, and include safety, efficiency, mobility and convenience. 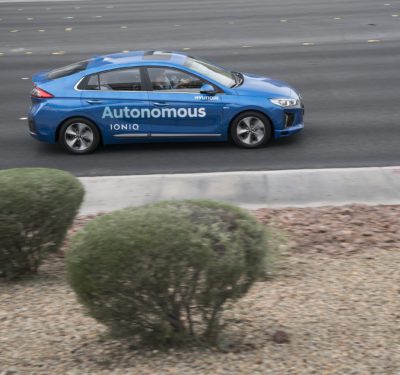 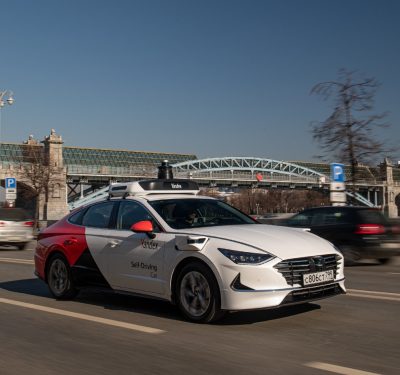