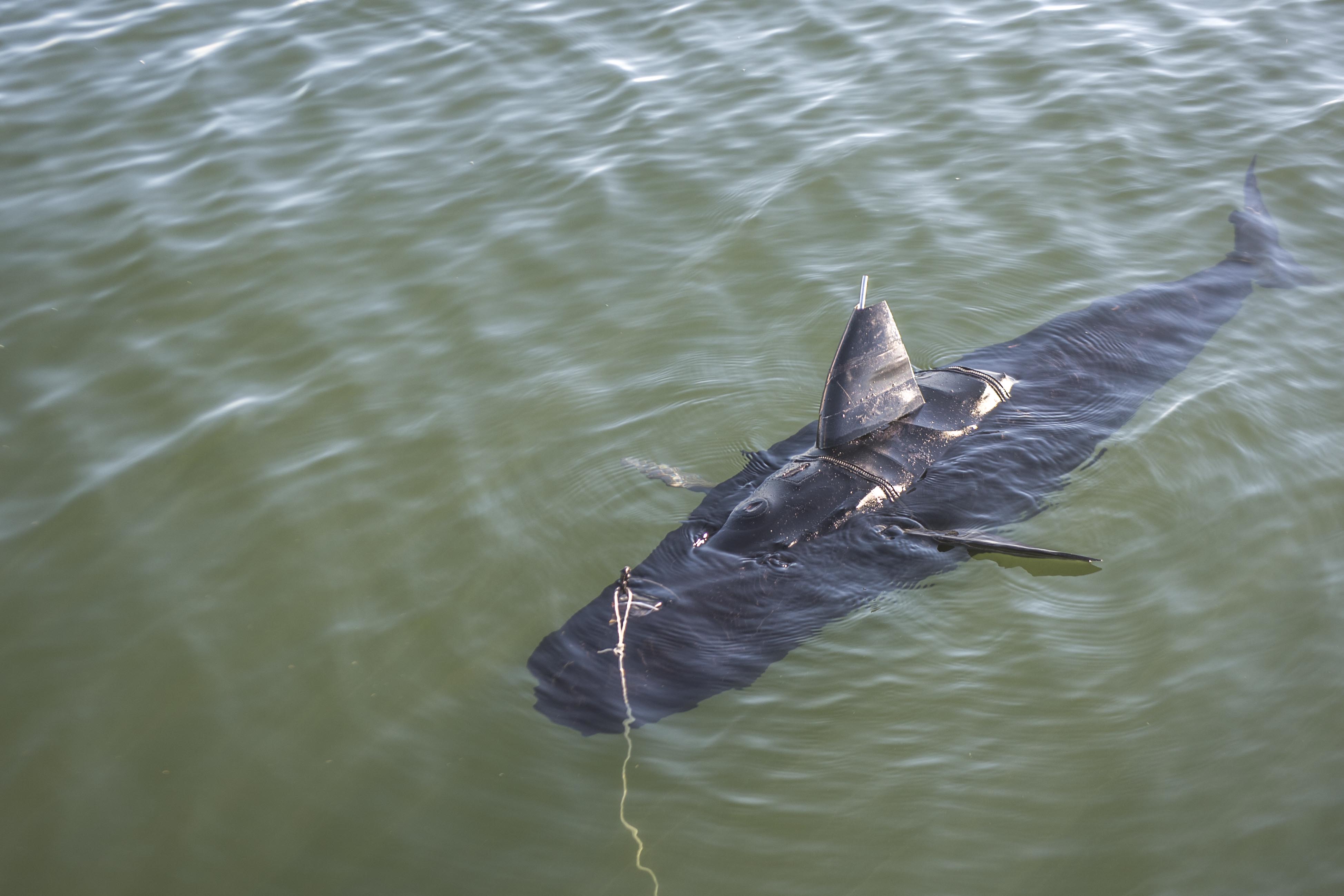 This is one shark you don’t have to worry about attacking. In fact, its main job is to keep divers and sailors safe.

The U.S. Navy completed tests on the GhostSwimmer, an unmanned underwater vehicle that is designed to resemble the shape and mimic the swimming style of a large fish, at the Joint Expeditionary Base Little Creek-Fort Story (JEBLC-FS) on Dec. 11, according to an article on the U.S. Navy website.

The GhostSwimmer measures 5 feet long and weighs nearly 100 pounds. It can operate in water depths ranging from 10 inches to 300 feet, and also features a long lasting-battery, giving it the ability to operate autonomously for extended periods of time. You can also control it with a laptop via a 500 foot tether.

“GhostSwimmer will allow the Navy to have success during more types of missions while keeping divers and Sailors safe,” said Michael Rufo, director of Boston Engineering’s Advanced Systems Group, the group that developed the robot, according to the article. “It swims just like a fish does by oscillating its tail fin back and forth. The unit is a combination of unmanned systems engineering and unique propulsion and control capabilities.” 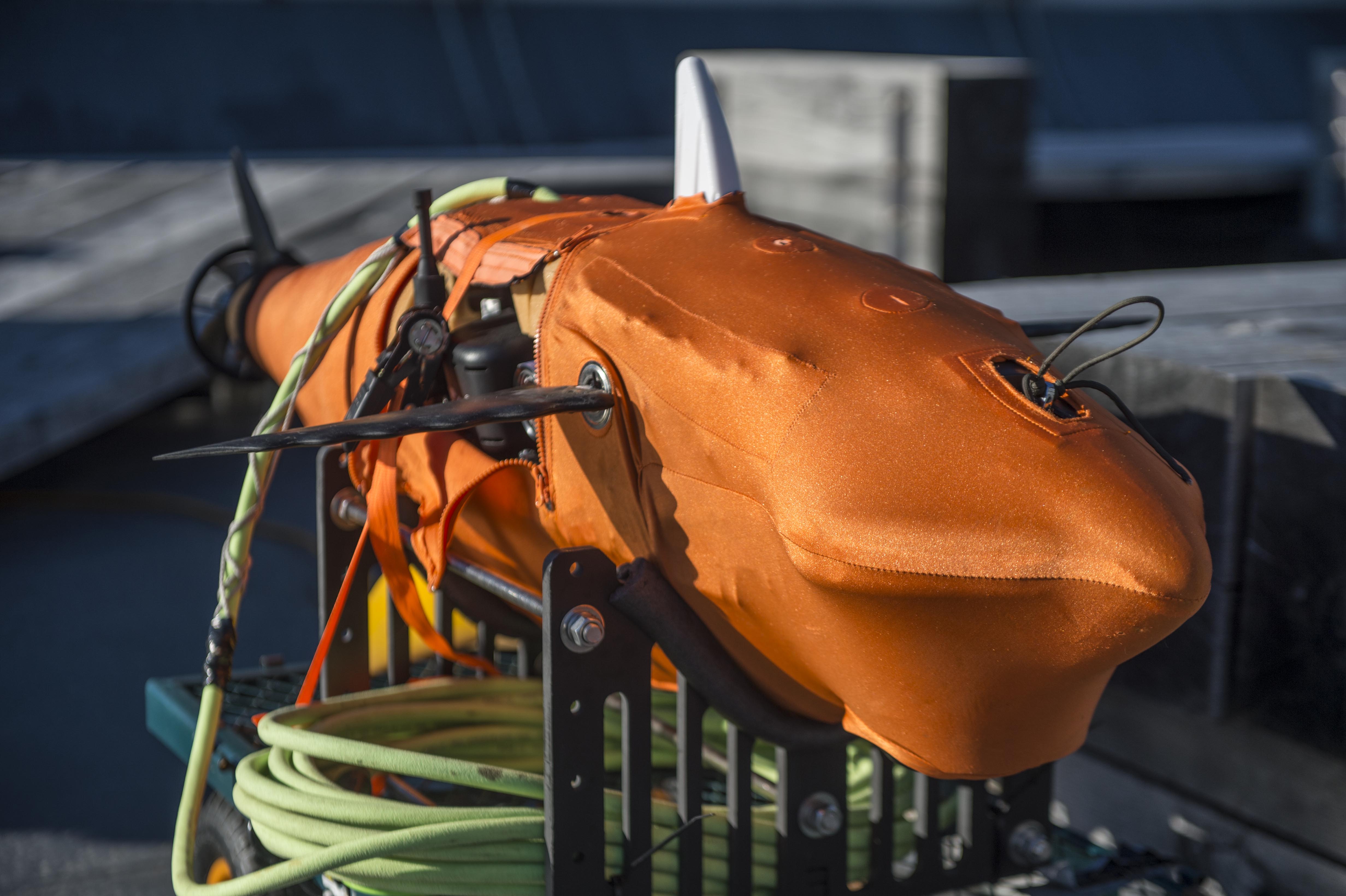 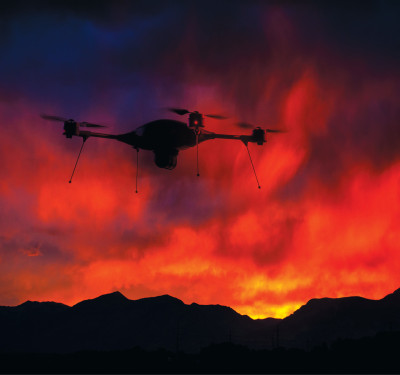 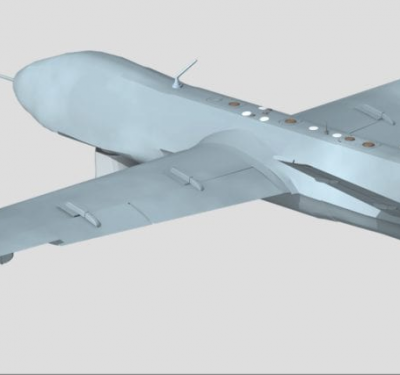 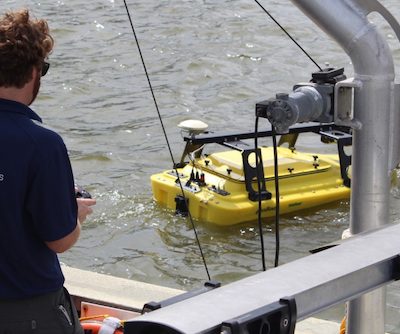