The Vento drone from Mine Kafon.

More than five years ago the brothers behind the Mine Kafon project—Massoud and Mahmud Hassani, received global exposure for “Mine Kafon”, a wind-powered art piece that also served as both a global mine awareness campaign and a legitimate mine-clearing device.

The project won a series of international awards and successfully helped raise awareness for world mine aid through a number of mainstream media outlets. Following many years of development since, the Mine Kafon Lab team is now ready to present the “MKD” project – an innovative UAV system developed to aid in mine clearance.

Massoud Hassani, an Afghan designer and former refugee, originally developed the low-cost, wind-powered mine detonating device inspired by the toys he played with as a child. His Mine Kafon is composed almost entirely from bamboo and biodegradable plastics, with a skeletal structure of spiky plungers that resembles a giant spherical tumbleweed from another planet.

The brothers grew up on the edge of Kabul, in a little town called Qasaba, living in a house that backed on to an active minefield where they experienced the horrors of land-mines from an early age, according to the Mine Kafon website. During the advent of the Afghan civil war, the brothers moved more than 40 times through different countries, eventually settling in the Netherlands.

After having been forced to invent and create one’s own objects and toys during a childhood so effected by landmines and remnants of war, Massoud then went on to pursue a career in industrial design. Inspired by humanitarian beliefs, nature and the wind-powered toys the brothers grew up making, the “Mine Kafon” debuted in 2011 and news outlets touted the project around the globe.

The Destiny drone solution from Mine Kafon.

Now the company and its cause are turning to drones. Among the solutions now offered by Mine Kafon are the Vento, Destiny and Manta drone systems.

The Vento drone is controlled remotely by an operator and used to collect multiple images of areas under investigation. These pictures can be analyzed on the MK Ground control station, where danger zones and landmines can be tagged on a map via GPS coordinates. This data can be shared on the Mine Kafon online platform, where information can also be accessed by NGOs and the local government via intuitive user interfaces. Such a data base can then aid in helping civilians to avoid hazardous areas, as well as providing a foundational data basis for future de-mining operations, according to the company.

Former war zones are littered with millions of landmines and other explosive remnants of war, and every day numerous civilians are maimed or killed by these explosives. In addition, these mines also pose a major obstacle to the economic and social re-development of communities following conflict, according to Mine Kafon.

Surveying and clearing such areas from unexploded ordnance (UXOs) continues to be expensive and challenging due to a range of difficulties that vary between location and other variables. This is where the Mine Kafon Vento drone – a small, low cost surveying and mapping drone primarily aimed for use in former areas of conflict around the world – can have an impact. The Vento drone is open source and will be made available to the communities who need them most, the company said. The drone’s simple, functional design makes it easy to repair, with 3D printed casing to decentralize manufacture, keeping upkeep costs low. Mine Kafon’s goal is to help de-mining NGOs and local communities by providing them with a low cost but invaluable tool that enables them to assess potential risks within a certain area.

Destiny
De-miners and defense forces around the globe face extreme and often unnecessary dangers and difficulties while involved with surveillance, field preparation and UXO removal in areas containing remnants of war. Problems contributing to this include hidden danger and difficult terrains that need to be carefully mapped and analyzed to avoid serious risks. The Destiny drone could become an integral tool for de-miners and field survey teams in these situations.

Hazardous areas are identified via live video stream using a high resolution camera with powerful zooming capabilities. Identified mines or craters are then marked on a digital map by the user. A 3D map of the area of interest is then created using the autonomous mapping functionalities. This map can then be utilized to further inspect the terrain and potentially identify dangerous regions using computer vision algorithms.

The Destiny drone is a long range surveillance drone for integration into a variety of high end industries. The drone incorporates a high resolution 10 x zoom camera on board with a three axis gimbal and is capable of long range flights up to a few kilometers in distance, maintaining precise position information with the use of RTK technology.

Additionally, the Manta drone is an autonomously flying detection and detonation system, operated by a specialized de-miner from a safe distance. This ensures that the de-miner does not need to approach the danger zone themselves but can instead remotely monitor the clearing process. 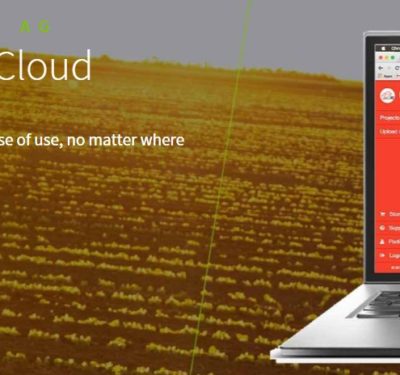 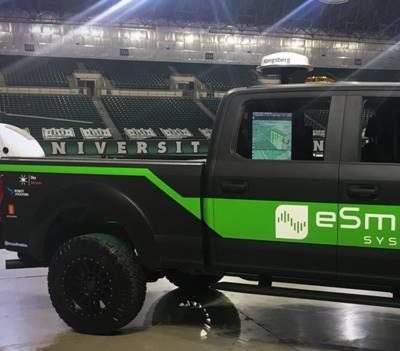 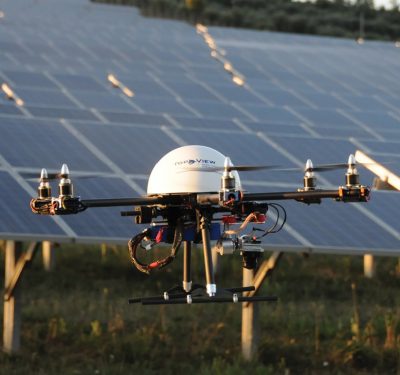 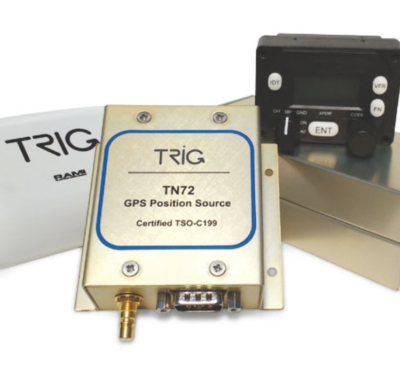