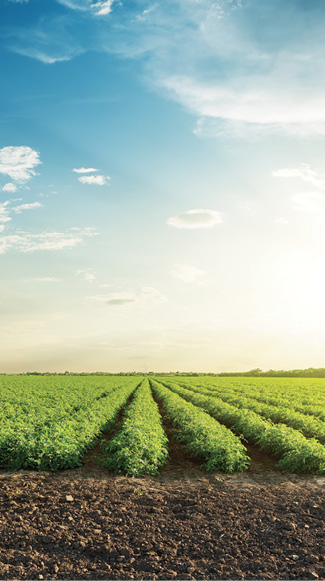 Does the agriculture industry really have to fly drones beyond visual line of sight (BVLOS) to make agricultural cost-effective? In a word—yes. I hear a lot about how drones will revolutionize agriculture; how new sensors, new methods of bringing big data to farming and new ways to apply fertilizer, insecticide and herbicide via drones will cut farming costs. What I don’t hear much about are the paper-thin cost margins in agriculture and how drones that can only fly about a mile from their remote pilot can be cost-effective given these narrow profit margins.

Farm drone advocates forget the same two maxims I espoused when the Air Force first introduced massive numbers of drones to its inventory. Whenever someone came to me with a new drone idea at the Air Staff, I always ended up discussing the two Poss Points on drones—“it’s the data link, stupid” and “they’re still airplanes.” I think the farm drone crowd should remember both points because drones won’t be cheap enough to make a difference in agriculture until they realize what makes drones unique versus manned aircraft.

How do data links impact farm drones? Current small UAS links can only reach a few miles. These short-range links won’t let drones fly BVLOS or apply enterprise processing solutions to the massive amount of data farm drones will collect. The MQ-1 Predator became the bane of al-Qaida not because it could carry weapons but because it carried satellite links that allowed remote pilots to control it to anywhere its 30 hours of fuel would allow it to fly. These links also allowed as many intelligence analysts and computers as needed to make sense of collected data.

In agriculture, drones flown within sight of their pilot and equipped with short range links might cover 200-300 acres a day. That’s fine for small farms, but it will never cover major agricultural areas like the Midwest wheat crop or the soybean, cotton and corn crop in the Mississippi Delta.

When I worked at Mississippi State University (MSU), our remote sensing department did a study of UAS sorties required to cover the Mississippi Delta weekly. Small UAS using short range links flying visual line of sight would require about 1,000 sorties. Medium-sized UAS with more powerful links flying BVLOS, but within radio line of sight would only take 10 sorties flown from a single location somewhere in the Delta to provide the same coverage. A large UAS satcom link could cover the entire Mississippi Delta in a single sortie. Over the entire week, it could cover all the major Midwest growing areas and most of Texas from a single central location.

Even more important than the connection with the UAS is the connection with an enterprise data processing system. Farmers will never get the data they want in the time they need it if they must either process the information themselves or wait for the drone to land and then upload a memory card into a computer for. off-site processing. Remember, many of our nation’s farmers don’t have access to broadband internet or even reliable cellular service to upload drone data. This makes drones flying BVLOS with long range links even more important because they don’t have to rely on local internet or cellular service to get their data to processors.

Processing data accurately, quickly and cheaply is important because farmers want actionable prescriptions, not raw data. The farmers most interested in agricultural drones use variable rate applicators for their fertilizers, insecticide, fungicide and herbicide, and precision seeders to place seeds and applications within centimetres of their prescription plan. Everything in precision farming depends on accurate data for the prescription plan for each field. Think of variable rate applicators as giant matrix printers, but instead of ink they carry cartridges of different types of fertilizer, insecticide, fungicide and herbicide. The applicator follows a prescription plan that tells it how many “dots” of which application to spray where, all based on accurate data. Precision seeders operate in a similar manner, but they rely on data to plant along terrain contours, avoid areas with poor drainage, and plant deep or shallow.

Farmers need this accurate data quickly and frequently. The school of agriculture at MSU says corn needs a high-resolution image about once a week to stay ahead of the plants as they grow. Sensors must vary as corn grows. About a week after seeding corn, farmers need high-resolution electro-optical imagery for a “plant stand count” to ensure the corn is growing where planned. Stand counts have tight timelines; farmers must decide whether to replant in 24 hours or risk damaging healthy plants when they re-seed. As the corn matures, farmers need multi or hyperspectral sensors to ensure each plant is getting enough water, destroy insects before they attack, ensure the field isn’t choked with weeds or fungus, and that every plant has the right amount of fertilizer.

The skill needed to interpret quickly and turn data into a prescription won’t be on every farm in America. Only a highly automated enterprise data system can turn raw data into prescription fast enough to make a difference. Keep in mind, insects can do devastating damage to a corn field in a few days, fungus can spread in hours.

Farmers are also finding out that drones really are aircraft, and not just toys. Indeed, it will be tough to find a cost-efficient UAS below 55 pounds that can fly for a long time and carry the sensors farmers need. Just like an unmanned B-52 would have to be about the same size as a manned version to carry the same payload the same distance, farmers will need bigger drones to fly the longer ranges with the sensors they need.

That’s not to say that agricultural sensing drones need to be the size of a B-52. Insitu’s Scan Eagle 1 weighs in at a tad under 55 pounds and is big enough to image the largest farms in America if flown BVLOS. However, it can only carry one type of sensor at a time. That makes it tough when farmers must image a corn field with electro-optical sensors for a plant stand count and image the next field with infrared for hydration analysis. Scan Eagle 1 can’t carry a satcom datalink, so it must fly within radio link or sight of its link (about 25 miles). Its larger cousin, the Insitu Scan Eagle 3, is the type of agricultural sensing platform that will do well when the Federal Aviation Administration (FAA) allows BVLOS flight. And only slightly heavier than the Scan Eagle 1, it provides a satcom data link, a much larger sensor bay that can carry multiple sensors and enough endurance to make it very cost-effective.

Agriculture applications drones (crop dusters) just won’t work with Part 107’s 55-pound weight restriction. Even the most widely fielded crop duster drone, the Yamaha RMax, is 207 pounds fully loaded. It only flies for one hour and has just a seven-gallon payload. RMax does fine for the small-field Japanese rice crop but will never cover the Delta’s cotton crop. A crop-dusting drone that can cover large American farms hasn’t been invented yet, but my money is on either an unmanned variant of the fixed wing Air Tractor 802 or a Bell Jet Ranger helicopter because they are already widely fielded aircraft in the crop-dusting community.

How do I see BVLOS making agriculture drones viable for American farming? For agricultural sensing I foresee a company using a reliable, proven medium-sized drone like the Insitu Scan Eagle 3, Elbit Hermes 900, General Atomics Predator or Textron Shadow as multiple sensor “truck.” They’ll centrally locate the drones near large agricultural areas and use BVLOS links to base pilots in a single central location to achieve economy of scale. The sensor data will go directly to agricultural data processing centers, where analysts and algorithms will turn it into prescriptions and digital maps that farmers can load directly into their applicators and seeders. The cool part is the companies will also sell this data to agricultural insurance companies and crop speculators. The country is switching from farm subsidies to farm insurance and agriculture insurance companies will soon become consumers of vast amounts of agriculture sensor data. Crop speculators have been waiting for current, detailed agricultural data for years now. Combined with modern weather forecasting, they’ll soon be able to predict crop prices weeks from harvest—and pay well for the enabling data.

Unmanned crop dusting will take longer than sensing to adopt. America already has a large, well trusted crop-dusting community servicing our nation’s farms and efficiencies from unmanning crop dusters aren’t as profitable as farm sensor drones. Crop duster drones can’t cover several states in a single week like farm sensor drones can. Just like their manned versions, unmanned crop dusters must land every hour or so to refill their applications tanks. The only savings from unmanned crop dusting is weight saved from removing the pilot and controls and economy of scale savings by centrally locating crop duster remote pilots.

Drone BVLOS rules will revolutionize unmanned agriculture and turn an analog industry into a digital one quickly. The future in agriculture belongs to companies that can economically obtain raw data from BVLOS drones and quickly turn it into prescriptions and digital maps that farmers can use within hours of collection. 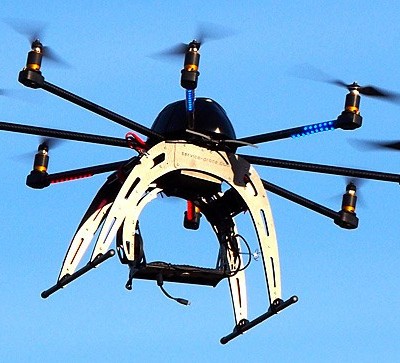 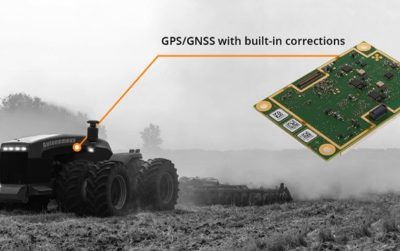 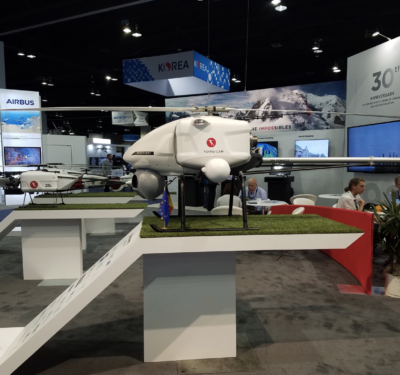