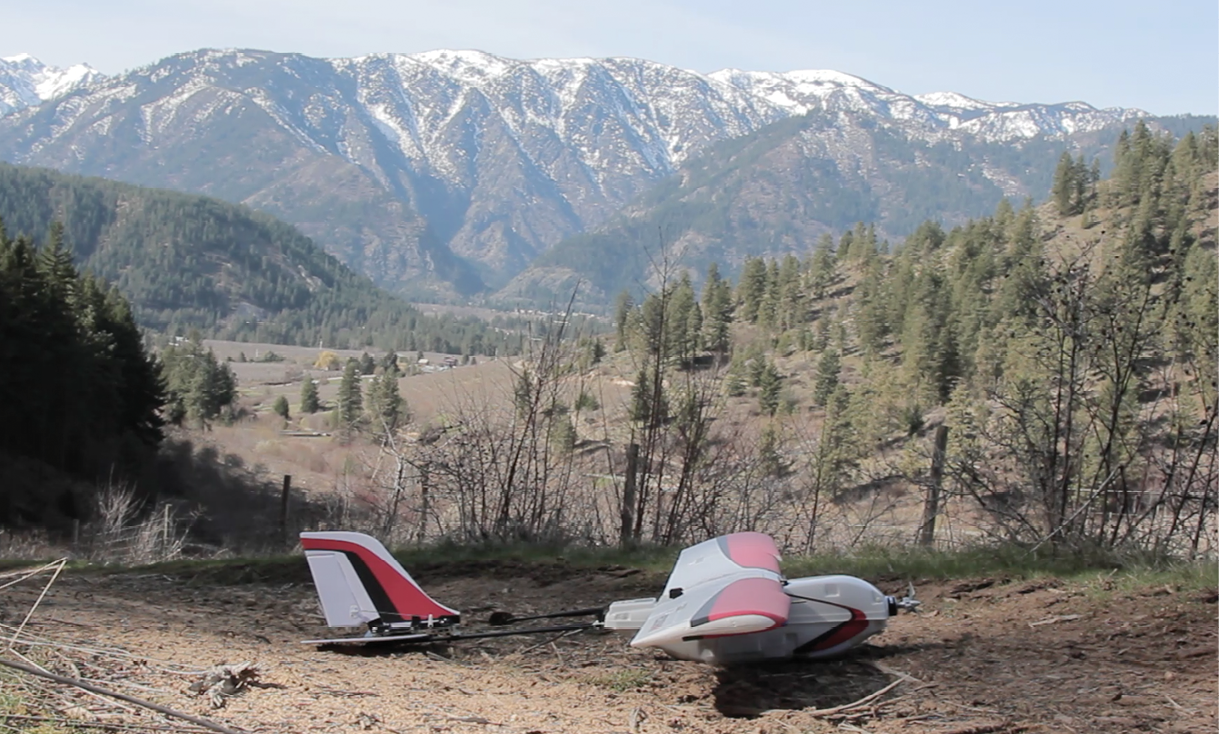 PrecisionHawk of Raleigh, N.C., maker of the PrecisionHawk, is working with the Federal Aviation Administration to support beyond-line-of-sight (BLOS) operations. It could benefit if international negotiators agree to allocate frequencies for BLOS flights this November.

An international proposal set for debate in November could carve out the frequencies needed for beyond–line-of-sight flights by unmanned aircraft in countries around the world.

The proposal, to be considered by the International Telecommunication Union, would create a new frequency allocation for control and non-payload communications (CNPC) between operators and unmanned aircraft on long distance flights. The ITU has already agreed on frequencies for flights that stay in visual range though the U.S. has yet to implement them.

When the ITU meets at World Radiocommunication Conference (WRC) 2015 in Geneva it will have nearly all of November to work though several different proposals for the allocation including one from the Inter-American Telecommunication Commission (CITEL), which includes the United States. That proposal builds on findings in an ITU study that suggested portions of the frequency bands 10.95-14.5 GHz and 17.3-30.0 GHz could be used use by Unmanned Aircraft Systems (UAS). The frequencies fall in the band used by fixed satellite services—that is satellites that serve receiving stations at fixed locations on the ground. If an agreement can be reached at the WRC the allocation will be roughly consistent world wide—a boon for operators and manufacturers. 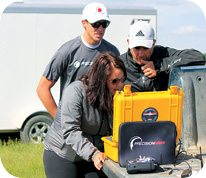 Researchers work with a PrecisionHawk.

In addition to the U.S. and CITEL, the unmanned association AUVSI and the Aerospace Industries Association will be at WRC lending their support. A key point of debate likely will be about whether or not the frequencies should be given extra safety-of-life protection according to a story in AUVSI’s Mission Critical magazine.

There are other considerations as well, suggested an expert on the frequency discussions.

The Europeans opposed the American supported proposal, said the source, who spoke on condition of anonymity to be able to discuss the sensitive matter freely. Rather than just adding the unmanned aircraft activity to the band as a secondary user class they want to recast the band to include mobile satellites—that is satellites that serve mobile users on the ground. This seems appropriate in that UAS are mobile users. But, the source explained, that triggers technical issues including how interference will be treated. There are also commercial concerns. The Europeans, the source suggested, would like to have such an allocation to also use for new mobile satellite services—something other nations won’t like at all.

“They don’t want to swamp the band with a thousand different mobile services,” the source said.

To make the U.S. position more appealing, the expert explained, proponents included a provision requiring the use of internationally accepted standards of safe operation. Specifically the proposal mandates that governments “ensure the use of UAS CNPC links and their associated performance requirements shall be in accordance with the international standards and recommended practices (SARPS) and procedures established by ICAO consistent with Article 37 of the Convention on International Civil Aviation.” ICAO is the International Civil Aviation Organization, an agency of the United Nations.

The problem is that there are no such SARPs for unmanned aircraft. ICAO only began working formally on new standards this past March. It will take a number of years before rules are crafted and agreed upon—possibly causing delays in implementation if things get bogged down.

The ITU meetng comes up just as a pair of slender frequency bands for UAS data transmission and possibly beyond-line-of-sight control have become available in the United States.

The Maryland firm Access Spectrum is offering for sale licenses to use the 1 MHz between 757.0 and 758.0 MHz and (uplink) and the 1 MHz between 787.0 and 788.0 MHz (downlink). The frequencies fall in the same spectrum neighborhood as those used by Verizon’s LTE network, FirstNet and public safety bands and are interference-free, said John Vislosky, Access Spectrum senior vice president. Exclusive licenses for the paired bands are being offered by geographic region.

The company already has sold licenses to four utility companies, Vislosky said: Great River Energy for use in Minnesota and Wisconsin, NorthWestern Energy for use in Montana and portions of South Dakota, the Salt River Project which bought all of the Phoenix and Mesa areas of Arizona and Portland Gas and Electric in Oregon.

He said the firms plan to use the frequencies for fixed data solutions for secure communication, primarily for distribution automation and the rerouting of power from low utilization areas to high utilization areas.

Ancillary to that, Vislosky said, some of the utility firms “are looking to implement UAV programs—fly power lines, substations etc.”

It is not clear if there would be enough capacity beyond the firms’ own UAS programs to enable other UAS operators to lease frequencies for flights, he said.

Vislosky added that he is close to concluding deals with two firms that intend to use the spectrum specifically to support UAS flights and is talking with at least one organization that is weighing buying up the licenses for all the remaining regions across the country.

In addition Spectrum Access plans to work with Federal Aviation Administration’s (FAA) UAS test ranges in North Dakota, Alaska and Texas—as well as the new FAA Center of Excellence anchored at Mississippi State University—to test the use of the new spectrum. The ranges will be allowed exclusive use of the frequencies for their work with manufacturers in exchange for sharing relevant test results, Vislosky said.” 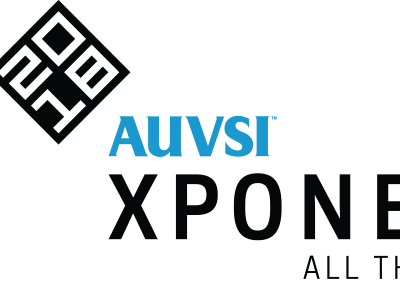 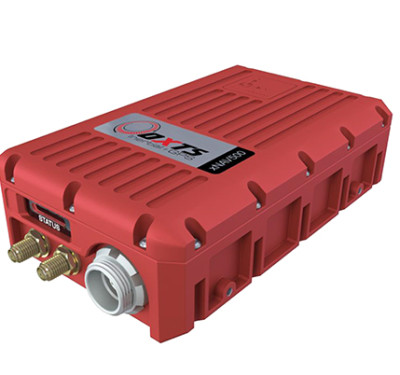