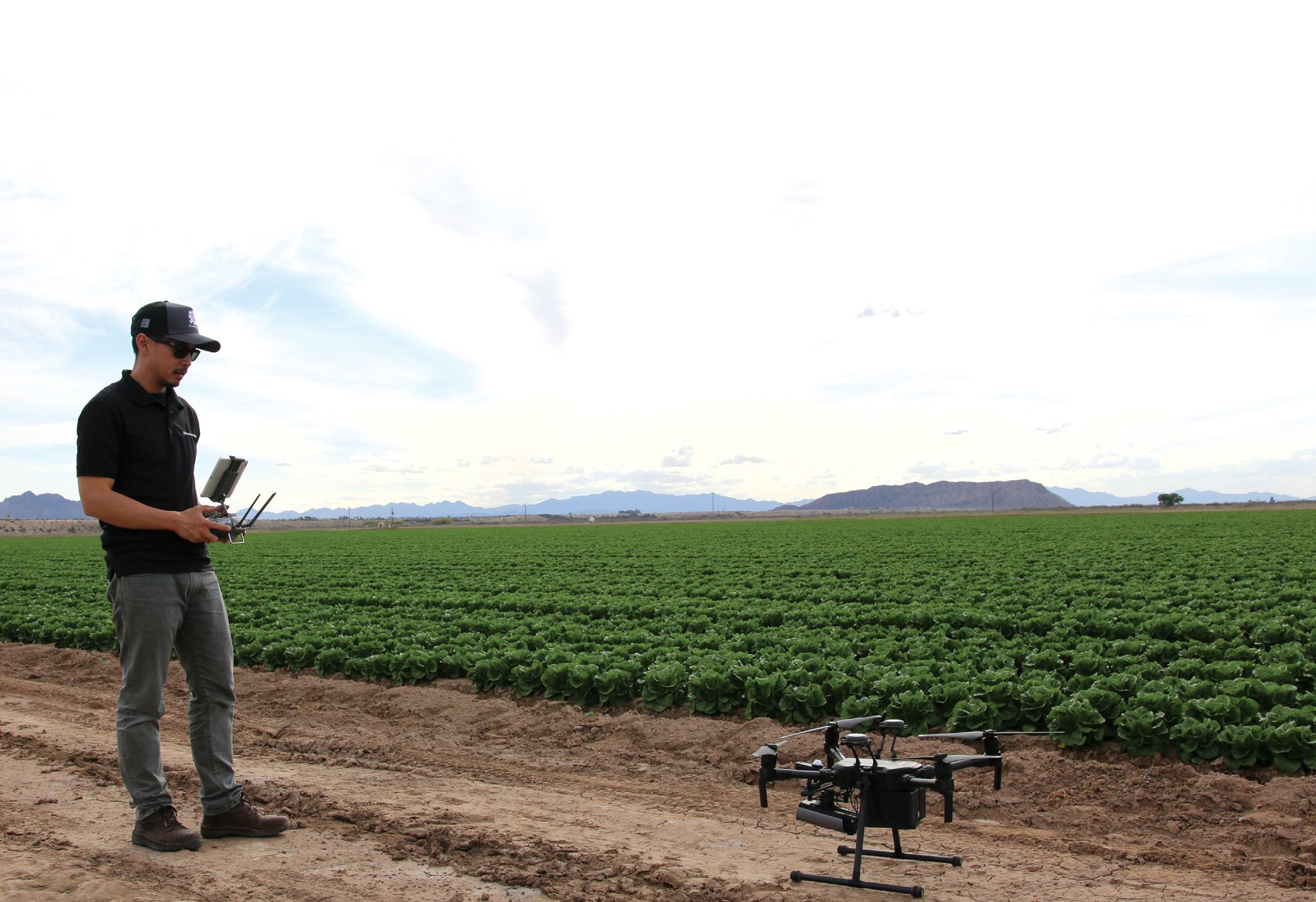 During a decade at General Atomics, Mike Ritter was embedded in defense solutions. Beginning there as a project engineer, he rose to become director of electro-optic systems in the company’s Aeronautical Systems division. His mission-system responsibilities encompassed intelligence-collection assets at a company best known for such remotely piloted aircraft as the Predator and Reaper, and for high-end ground control and electro-optics capabilities.

But in 2012, word from Washington set Ritter and a small circle of friends onto an entrepreneurial course. “The Obama administration announced that there would be rules for drones in commercial airspace,” he recalled. “We were kicking around some ideas—if they’re going to create rules, [it was] time to get started.” 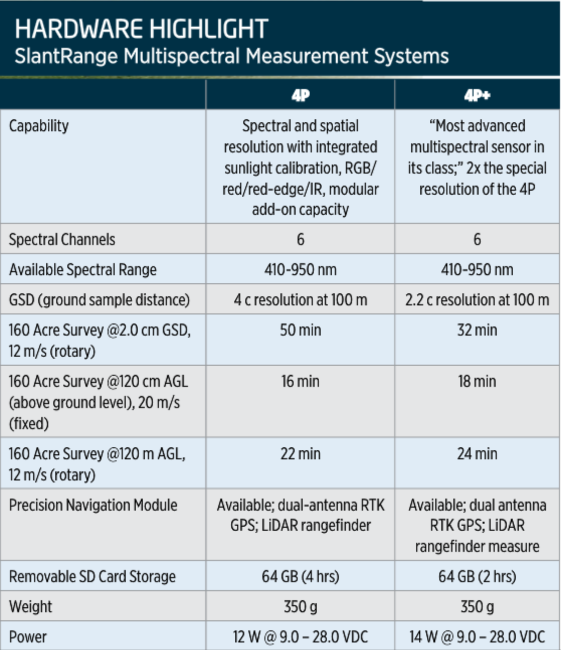 FROM BETA TO BUSINESS

When they began, Ritter and co-founder/General Atomics colleague Michael Milton “saw enormous opportunity” in bringing high-end optical knowledge and precision data to the agriculture sector. “People walking around fields looking with their eyes is, no kidding, a 10,000-year-old technique. Aerial measurement systems are so much more accurate, and can deliver information that humans cannot.”

Approaching its business challenge in terms of an engineering solution, Ritter’s mini-skunk works’ initial goal was to produce a prototype system that would demonstrate a useful capability. They hit the library, parsing academic articles to learn what was known about remote sensing. How plants absorb sunlight seemed to align with the team’s electro-optic wheelhouse. “If you can measure the photosynthetic activity within the plant, we could infer some things in the health condition,” Ritter said. Development began on a sensor that, for lack of a better word back then, used a “chlorophyll meter.”

After developing a prototype, it was time to try it out. Michael Milton had extended family involved in growing corn and soybeans, so the team visited Nebraska, looking for a field suitable for testing its sensors. As they installed the equipment on an off-the-shelf drone and took measurements, growers came by to eyeball an in-flight UAV. Ritter: “They were curious. It took about a day or so to produce the data. We got them together around a table; with pizza. We could detect low nitrogen, which indicated that the field needed fertilizer, and weed growth in a soybean field.

“Suddenly their demeanor changed. That group ended up provided seed funding for our company.”

Today, SlantRange is “a very high-resolution system; one percent resolution,” said Ritter. “It collects huge volumes of data that need to be processed quickly where you may not have a lot of equipment, without network connection or computing resources.” In addition to the domestic market, this makes SlantRange useful and scalable in the developing world. “One customer, $4-5 billion a year, operates on five continents, in lots of tropical areas. A big reason they chose to go with us is our ability to process on location.”

FROM DEFENSE TO COMMERCIAL

No technology was transferred directly from the defense sphere, but expertise in aerial sensing certainly morphed into the civilian space.

“In large part, what we were doing at General Atomics Aeronautical Systems carried over,” Ritter said. “Putting a sensor on a robotic airplane, learning so many rules of thumb about design, types of imaging chips, sourcing, how to put the data system autonomously. Aircraft operating at a certain altitude in emerging conditions in the field—when given an intelligence challenge, our job was to create a sensor system to detect, identify or track depending on what the customer was looking for.

“If you start talking to a farmer, in many cases they’re looking to detect a threat to their fields and track the health trajectory. It’s a very similar challenge.”

SlantRange’s offices are 45 minutes from the nearest agricultural field. But being amid the defense nexus of San Diego continues to provide intellectual capital. “There’s a cluster of remote sensing networks,” Ritter explained. “So much of it is in the defense space: General Atomics, Northrop Grumman—a lot of that stuff in the classified space.” Ritter had spent six years as a development engineer at UC San Diego’s Scripps Institution of Oceanography before joining General Atomics, and SlantRange’s lead data scientist was a colleague there. “It’s expensive,” Ritter conceded about the region’s cost of living, “but there’s a fantastic talent pool for remote sensing.”

SlantRange’s sensor systems—4P and 4P+—algorithmically sort out plants from soil, reflections, shadows and the like. “We focused very early on making results accurate—good-quality data,” Ritter recalled. “Somebody is wanting to make an important decision. That’s a lesson everyone learned from the defense space.” Also, SlantRange sensors offer corrections while in the air. “Traditionally something on the ground provides corrections for you. We developed a technology that allows that to be onboard the aircraft. Easier, lower-cost, better part of a day flying autonomously.” At just 350 grams, the system is very light—and drone-agnostic; you just mount it.

Since 2014, several major upgrades have been incorporated:

• Data overlap—and data collection—costs have been cut by a factor of four.

• A patented, onboard Ambient Illumination Sensor, powering the industry’s first multispectral sensing system with onboard sunlight calibration, accounts for changing lighting introduced by cloud cover, or the time of day or season. There’s no need for hard-to-scale ground calibration panels.

• A SlantView Analytics plan delivers data within minutes, in the field. Users can teach the software to identify patterns from soil moisture variability to where a particular weed is emerging. Multiple data layers check for, among other patterns, plant populations, vegetation variance and stress, yield potential and—as before—chlorophyll content.

“Some customers know exactly what bands they are looking for,” Ritter said. “We can customize to those bands. We’ve developed a capability to count individual plants and size. The grower has a measure of yield before he asks the harvest crew to come out. Growers can choose with a lot more specificity.

“Also, a number of customers are using our technology for adjacents—beetle forestry, rail lines, to monitor vegetation.”

The goal is to provide a macro sense of data for what Ritter called “more transformative agriculture—a time when growers aren’t left to wonder what is happening in their fields. What’s the forecasted yield? The status of yield today? If a condition changes, what is the treatment to apply?” This precision can serve not just growers, but insurers and other agricultural partners.

TALK ABOUT YOUR EVOLUTION

SlantRange’s customer base has shifted from early-adopter small growers to a majority of large, multi-nationals—seed producers, crop protectors, crop nutrient suppliers, specialty produce customers. These enterprise customers, Ritter explained, “view the collection and processing of agricultural data as necessary to take their business to the next step. And they’re very focused that their intellectual property is secure in the technology they’re sourcing. They’ve taken a look at our patents and feel secure. The last thing they want is to build a 10-year plan on a technology that could have the rug pulled out from under them.”

SlantRange’s future involves those patents and, as with so many other airborne tech providers, life beyond BVLOS. “Ultimately, we’re trying to enable the future of autonomous and sustainable agriculture. Closed-loop autonomous farming. Data delivery directly to auto sprayers, robotic harvesters, drone-based sprayers. Once you can close that loop, you’ve gotten to autonomous agriculture and efficiency goes up by an order of magnitude.”

Coming full circle, Ritter cited SlantRange’s defense roots in enabling that future. “We have competition, but we think we’ve been able to move faster. We’d already learned lessons in the defense space; defense technology does a lot of early development that brings costs down and makes it available.

“It’s fascinating when technology can be migrated.” 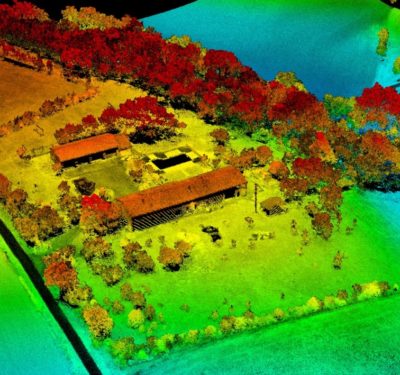 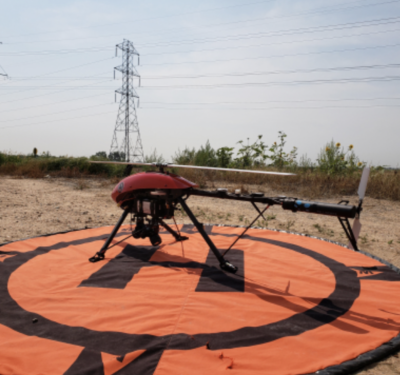 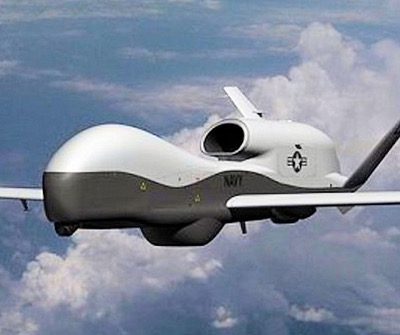