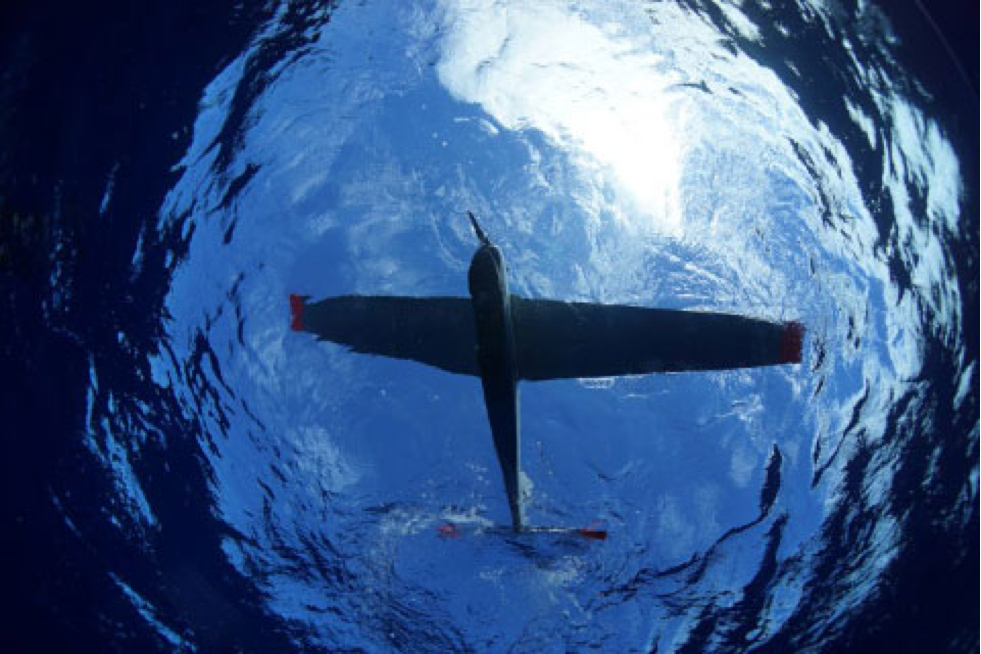 Puma UAS after landing on the water. Photo courtesy of Liquid Robotics

When researching and managing the National Marine Sanctuary System, scientists want to cause as little disruption as possible. They want to safely study marine life in their natural habitat, while collecting realistic images that will give them more insight into how these species live. And they want to do this as cost effectively as possible.

That’s why the National Oceanic and Atmospheric Administration is testing unmanned systems and looking for ways to use them in their research. NOAA recently completed tests in the Hawaiian Islands Humpback Whale National Marine Sanctuary that integrated two different types of unmanned systems—NOAA’s Puma unmanned aircraft and the Wave Glider from Liquid Robotics—that could eventually be used in researching and managing the National Marine Sanctuary System.

“Unmanned systems are less costly than research ships or manned aircraft, and they’re less disturbing to the resources,” said Matt Pickett, the Operations Director for the Office of National Marine Sanctuaries Center of Excellence for Unmanned Technologies. “Helicopters make a lot of noise, and so do ships. These systems can approach resources with zero or very little disturbance. This allows us to get more realistic imaging of what these species are doing. It’s greener and leaves less of a carbon foot print as well.”

During the tests, researchers equipped two Liquid Robotics Wave Gliders with acoustic sensors and positioned them a few miles apart, Pickett said. They then sent a target vessel in between them, allowing the sensors to pick up the engine noise and calculate the position of the vessel.

That position was then sent via satellite back to the control boat, where researchers programed the information into the Puma, a 13-pound battery-operated aircraft with a nine-foot wingspan. The aircraft, equipped with real-time video and photo capability, then successfully located and photographed the target.

This testing simulated real-life management situations and proved unmanned vehicles can be used in a variety of situations, including to help vessels and marine life in distress, to complete marine surveys and to provide researchers access within marine protected areas.

“It was a fantastic success,” Pickett said of the results. “We mixed marine operations with aviation operations and were able to get them to work together.” 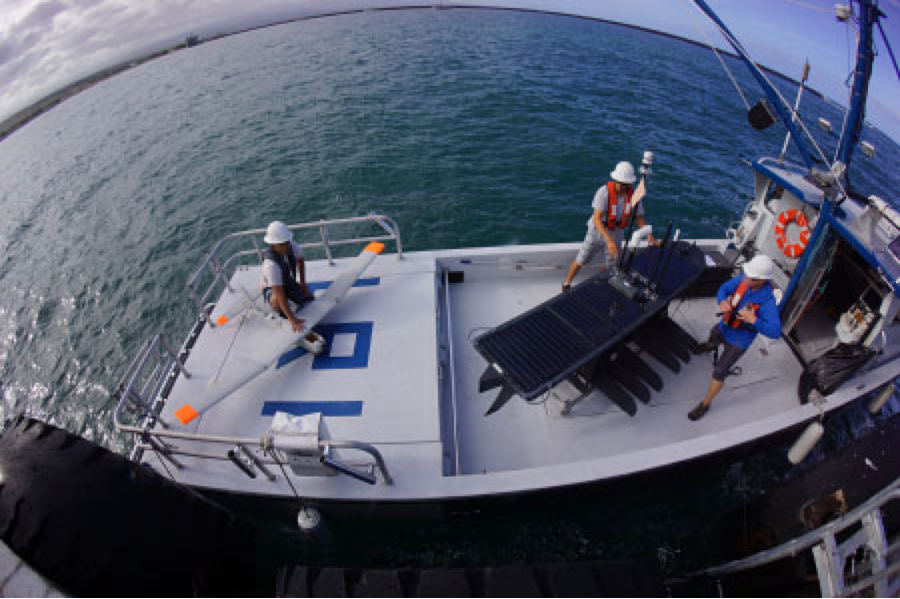 NOAA’s Office of National Marine Sanctuaries Center of Excellence for Unmanned Technologies was created last year to complete this type of testing and further advance the use of UASs to study the marine environment. NOAA has been conducting research with unmanned systems for years, and this center gives them an opportunity to bring researchers, manufacturers and universities together to test these systems and develop protocols for how they’re used in research communities. The center has developed several collaborations with local, regional, national and international agencies and organizations.

“We can act as a living lab for testing these systems in the marine environment. We have the staff and we have the research vessel,” Pickett said. “We can help manufacturers find out what researchers need, and get researchers to think about how to use these systems in ways they haven’t thought of before. The center also engages students through the universities and gets them excited about this technology and a possibility of a career in this field.”

NOAA will continue to study the use of unmanned systems in the marine environment, Pickett said, and has plans to use a Puma to study sea turtle habitats in the Florida Keys as well as to complete marine research studies from a ship off the California coast. They’ve also completed seabird surveys, habitat mapping and have experimented with autonomous underwater vehicles at different sites across the country.

Interest in this technology has exploded, Pickett said, a technology that makes marine research and management safer, greener and more cost effective.

“I think the capabilities are there and the costs are getting to a point where there’s real utility in using them,” he said. “When UAS systems first came out they were very expensive. They were unmanned but they certainly weren’t cheap. Now we’re getting competition in the domestic market and they’ve becoming a viable alternative to traditional manned aircraft or research vessels doing this work. We’ve reached a point where it’s become cost effective to use these systems to replace traditional methods.” 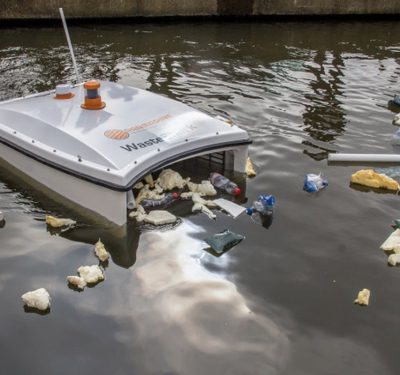 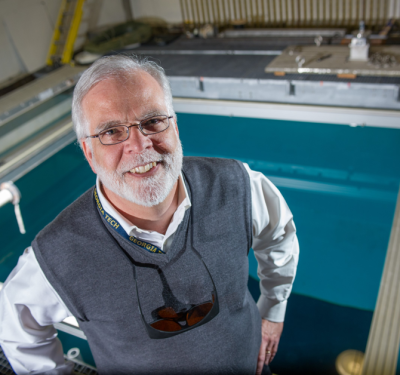 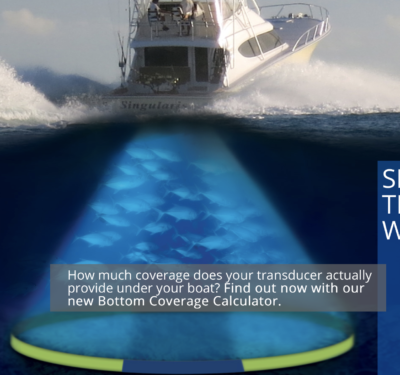