Better weather sensing could reduce ‘weather tax’ in the form of delays and cancellations.

And yet, according to TruWeather Solutions CEO Don Berchoff, a retired U.S. Air Force colonel and the former National Weather Service (NWS) Science and Technology director, “Existing weather models lack sufficient measurement data in the lower levels of the atmosphere. Weather produces an estimated 20% ‘weather tax’ in the form of weather cancellations and delays, which negatively impact revenue. The lack of accurate weather measurements contributes to this, but we can address this.”

UAS and UAM operations will occur in, or pass through, airspace between the Earth’s surface to approximately 5,000 feet above ground level, or Earth’s boundary layer.

National Research Council scientists, in a study report titled “Observing the Weather From the Ground Up, A Nationwide Network of Networks,” highlighted that the sensors required to measure the atmosphere 10 meters above the ground remained limited in terms of the data measured and sparsity of location. They recommended a national network of 400 atmospheric profiling systems to continually monitor lower atmosphere conditions. Except in the State of New York, which has deployed 17 such profiling sites, little progress has been made in closing this low altitude weather measurement data desert.

For one, UAS and future autonomous UAM operations will have no pilot on board. This creates a huge weather data gap for autonomous aircraft because the pilot is the best weather sensor on aircraft today. “When a pilot sees or experiences an unknowable or undetectable weather hazard, or encounters dynamic weather surprises, their experience and heuristics kick in, and they generally mitigate the impact,” Berchoff said.

With no pilot onboard to see and experience the weather, particularly for BVLOS flights, sensing the weather through the use of technology remains key. Yet, despite government investments in weather sensing technology made over the past 40 years, current technology still falls short.

Weather satellites, for example, fail to provide sufficient fidelity to the boundary layer in terms of both data quality and quantity. Government-funded polar north-south low Earth orbiting satellites, which provide high-quality microwave-based measurements, only give snapshots of a limited area of the atmosphere on the Earth’s surface several times a day. Weather changes dynamically in minutes; much can happen during these temporal lags.

Geostationary satellites, also referred to as geosynchronous equatorial orbit, or GEO satellites, constantly focus on the same locations on the Earth from 22,000 miles above the equator. They provide updates every five minutes. But because of the distance these signals travel, the temperature and moisture measurement accuracy degrades as they get to the boundary layer.

Balloons currently provide the primary source of weather data above the ground. Organizations such as the National Weather Service launch them twice a day at 77 locations in the continental U.S. and about 900 locations worldwide. A battery-powered radiosonde attached to the balloon measures pressure, temperature and relative humidity as it ascends and transmits data back to ground-based tracking equipment at a rate of every one to two seconds. Scientists can also determine wind speed and wind direction based on the movement and position of the radiosonde. Sounds good, right?

Although balloon launches continue to play an important role in global weather models, the frequency of these measurements fail to keep up with heat and moisture changes below 5,000 feet. This critical missing data would help modelers precisely determine where and when thunderstorms will develop and whether they will become severe. This same data would also aid in predicting localized fog and low clouds, winds above the ground, turbulence and icing.

Ground and sea-based Doppler radars, where they are available, provide precipitation data and some wind data, but only when it is actually precipitating.

Airport weather observation stations, buoys and other instruments which add data to surface observations do not properly measure the micro climates in which many UAS fly. For example, in urban built-up areas, they fail to measure the speed and direction of uncertain street-by-street winds.

“In terms of winds above ground level, the only measurements today are weather balloons and around airports. Similarly, cloud height and ceilings are only measured at airports. Everywhere else, it is an educated guess,” Berchoff said. “There is also no way to detect icing in clouds without flying in it. But flying in ice is dangerous.”

This dearth of data leads to uncertain knowledge of actual conditions and predictions for even routine weather conditions, such as fog and low clouds, thunderstorm development locations, low level winds and wind shear, freezing fog or drizzle and icing in clouds.

Drones can collect weather data in low- and mid-altitude atmospheric conditions to provide hyper-local and accurate micro-weather readings. They effectively conduct wind, temperature and moisture profile measurements, like a weather balloon, but more frequently and at a higher quality.

St. Gallen, Switzerland-based Meteomatics created the world’s first autonomous UAS and flying weather lab called the Meteodrone. This electric vertical take-off-and-landing UAS has encased sensors that measure humidity, barometric pressure and wind. Its proprietary heated six-rotor system prevents propeller icing and allows it to fly in the weather conditions experienced in the atmosphere such as fog, precipitation, winds up to 50 knots and clouds, up to altitudes as high as 18,000 feet above ground level. The Meteodrone can integrate with the company’s Meteobase, a drone-in-a-box system so the autonomous UAS can launch from and return to a networked landing and charging box.

As part of a collaboration to create the nation’s first state-wide micro-weather services, Grand Sky and TruWeather have brought the Meteodrone to the former’s commercial UAS park in Grand Forks, North Dakota. Together, the team hopes to uncover data on icing in cloud and micro-climate instrument flight rules, low cloud ceiling and visibility and winds above ground level to improve predictions in and around Grand Sky’s 5,600 square mile FAA-approved BVLOS area, Grand Forks Air Force Base and across the state.

In North Dakota, 95% of the state lacks information on actual cloud heights and visibility. The two nearest weather balloon sites to Grand Forks are Bismarck and International Falls, 254 miles and 213 miles away, respectively. Flying the Meteodrone at Grand Sky will provide vital profile data for the production of a 1-kilometer resolution local weather model nine times more granular than the best available government or commercial services.

“We will start flying the Meteodrone at flight levels up to 3,000 feet AGL every 90 minutes to help us reduce our weather cancellations and increase our ops tempo for safe BVLOS operations at Grand Sky,” said Tom Swoyer, president of Grand Sky. The goal is to ultimately fly the Meteodrone up to 16,900 feet AGL. “For our commercial partners, the Meteodrone will inform real-time operational decisions through vital weather data that will translate into increased revenues. For our military partners, this will enable on-time, on-target missions.”

Besides having sensors in the drone, attaching sensors to a drone can also provide critical weather data. As part of an Air Force Small Business Innovation Research grant, Daniel H. Wagner Associates has partnered with TruWeather and several other companies to test a new weather sensor payload for deployment on larger drones. Called the “Weather Scout,” the project aims to see supercooled water droplets in clouds that cause icing and turbulence at altitude and at standoff distance. The sensor payload could enable the deployment of several drones across large expanses of airspace to determine whether icing and turbulence exists, without having to fly into the hazard to detect it. Weather Scout testing will occur this winter, also in Grand Forks.

Sensors can also attach to smaller drones, converting them into flying weather monitors. Longmont, Colorado-based Anemoment makes low size weight and power anemometers that provide, among other things, wind speed, direction, temperature, humidity, pressure, tilt, and compass data. Its lightweight TriSonica Mini can fit into a person’s hand and weighs about the same as a golf ball. With no moving parts and a high energy efficient power plug-in that draws minimal voltage from a drone’s battery, it can be easily fixed to drones, cars or stand-alone towers. Company CEO and co-founder Liz Osborn said, “the low SWaP characteristics of the TriSonica Mini makes it ideal for UAS-based atmospheric flux and turbulence research, including within boundary layers. Without this data, UAS operators are essentially flying blind.”

The Grand Sky project is one of several recent collaborations that continue to expand a growing weather sensor ecosystem. In addition to the Meteodrone, Grand Sky plans to deploy ground-based weather stations and to include the North Dakota Department of Transportation’s traffic camera data feeds, Road Weather Information System observations and state agriculture weather observation into a one-stop shop UAS micro-weather dashboard and API service powered by TruWeather Solutions.

“Through its relationship with NASA Langley Research Center, Hampton has been in the forefront of innovation, and is a national hub for unmanned systems,” Hampton Mayor Donnie Tuck said. “We are proud to partner with TruWeather as they develop and hone cutting-edge weather technology.”

And so, a national weather sensor network has been born and continues to grow to deliver more granular weather data and forecast services for low-altitude urban and suburban UAS and AAM flights. In the end, sensing the climate with precision will help companies reduce the “weather tax.” 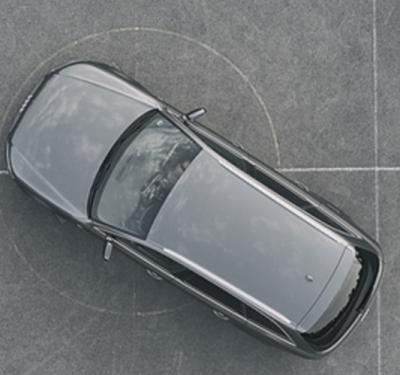 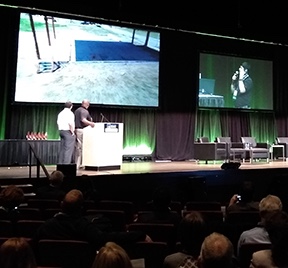 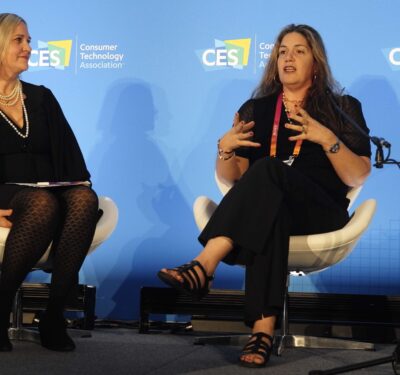