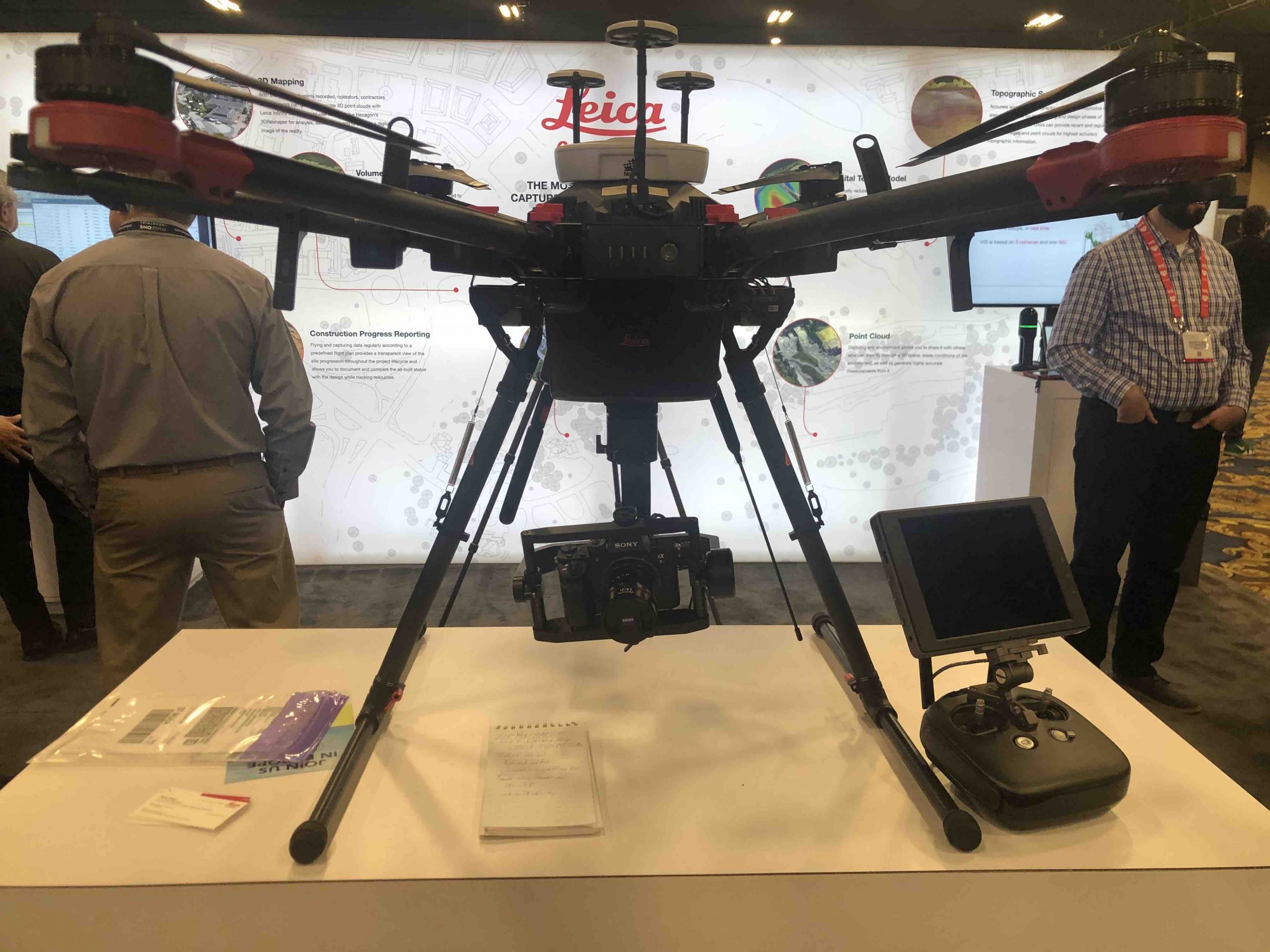 At trade shows, some booths attract quick-hit visitors, while others draw attendees deeply into what’s on offer. The Leica Geosystems display at the Commercial UAV Expo tended to attract those in the second category, who listened attentively and analyzed point-cloud displays produced per what Bryan Baker, Leica Geosystem’s UAS Sales Manager for North America, called “a complete UAV solution at the very top end of the photogrammetry use case.” The high-resolution images included those generated at a grain terminal at the Port of Seattle—where a Leica Geosystems UAV surveyed the entire site in 40 minutes—and a complete internal/external model from a Chattanooga distillery.

The generating system was the Aibot (pronounced “i-bot”) AX20, which Leica Geosystems positions as “a complete UAV solution for land surveying, civil engineering and construction.” Human surveying can be time-consuming and tedious, and risk safety shutdowns; the images Baker exhibited were specific “down to the sidewalk edges.”

Aibot’s biggest advantage, Baker explained, is that its photogrammetry is “high resolution, high precision—it’s possible to achieve better than one centimeter accuracy, depending on how accurate your ground points are and how high you fly.” Maximum area coverage is 150 acres per flight, but project coverage more typically runs 25 acres, in line with Aibot’s surveying and construction missions. The result is highly accurate information through 50 percent fewer photos covering the same sample area, at lower cost, using fewer staff.

A joint development agreement with DJI customized a Matrice 600 into a platform that is at once easy and quick to set up, and includes intelligent data access management and Leica Geosystems high-accuracy GNSS technology. Sensors are suspended from a gimbal; at the high end, the Sony aR7ii is a 42.4 megapixel CMOS that enhances light-collection efficiency while minimizing image noise. The Sony a6300 mirrorless camera, is, Leica Geosystems’ literature says, “the preferred choice for entry-level UAV capture projects that don’t require the highest density of point clouds.”

Baker continued: “Compared to a lot of the other systems on the market, our camera is better—better lens, better camera sensors—at a high altitude for the same ground sample distance. If you’re trying to define, for example, an engineered surfaces like a road or a bridge or a concrete structure of some type, the accuracy of this system is really unparalleled because of the high resolution, very low distortion of our imagery furnished by the lens we use on our camera.” 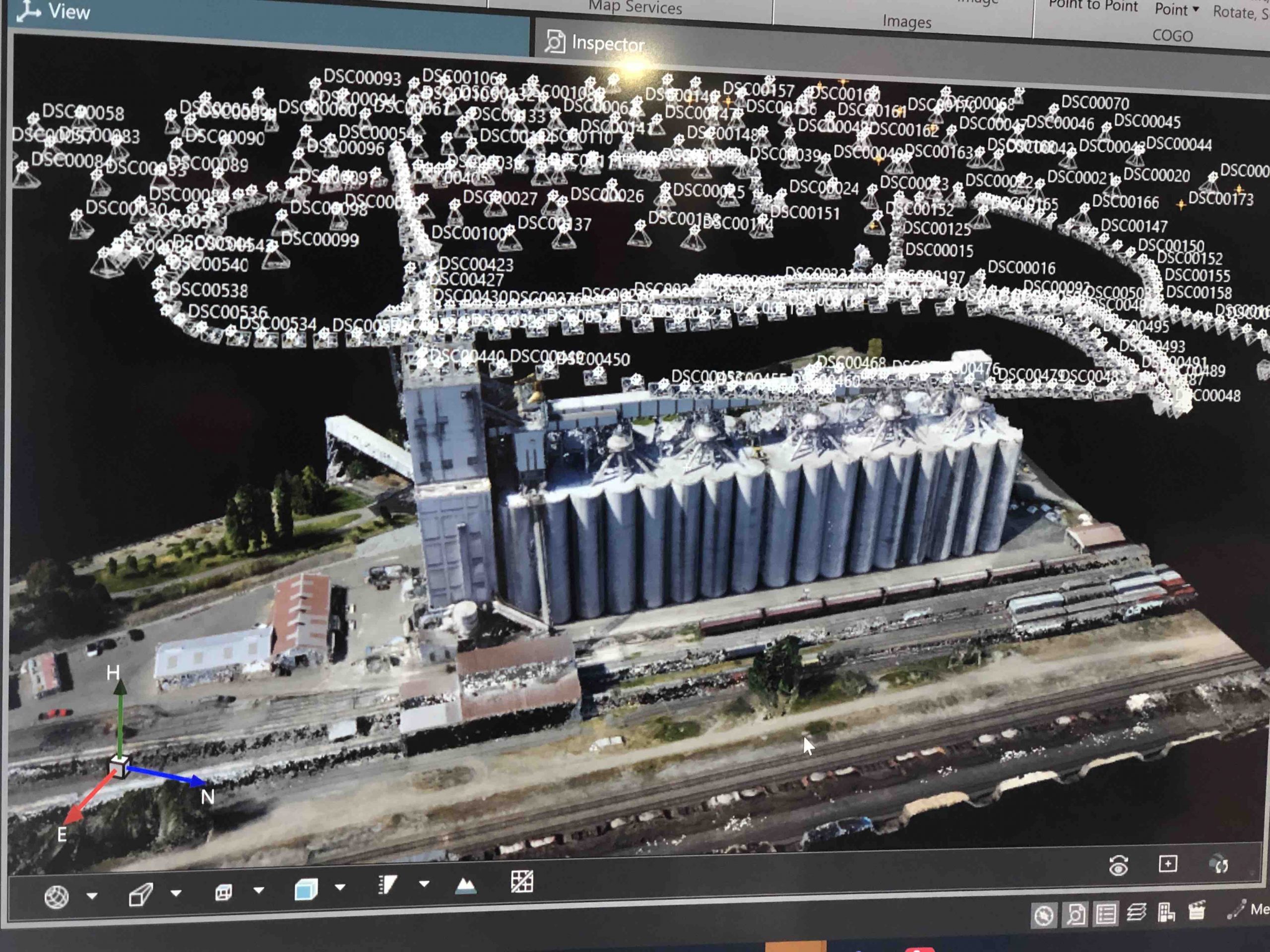 Baker outlined the Aibot’s sequencing. “You can take your ground control points that you have on your survey project, and you can feed them into the flight planning software. You can then establish your flight plan and modify it to make sure you encompass everything you want to cover. Once the flight plan is established, it’s a one-button press to execute the mission. The aircraft will start up, take off, fly the mission, return back, land and shut down.” Typical battery flight time is 24 minutes, so, Baker added, “if the mission exceeds one set of batteries, it will automatically come home and land. You change the batteries, start it back up, press the ‘continue’ button and it will pick up where it left off.”

“The GNSS receiver that we use for the positioning of the images is a full-GNSS constellation receiver,” Baker said. “It’s our GN-18 T receiver, which is our top of the line survey-grade receiver.”

High-end equipment and equivalent results aren’t cheap. Fifty thousand dollars buys what Baker described as “software, hardware, the complete solution.” Additionally, “some people might need more training than others, and we can take the customer through the entire process.” Baker, who is a field representative for the FAA Safety Team (FAASafety.gov) and is involved in FAA and pilot certification, added that Leica can prepare people for their Part 107 test. “We’re a full service provider.”

Continuous evolution is part of the Aibot plan. “As we add additional sensors, additional lenses, that sort of thing, it’ll be simply a sensor change on the aircraft but still using the same SkyCAPP software and flight planning software. It’s really just a matter of putting the correct sensor on for the mission requirement.” Baker concluded by citing yet another advantage. “Most people right now, have different aircraft for different missions. With our system, you simply replace the sensor with whatever is appropriate for the mission that you need to fly.” 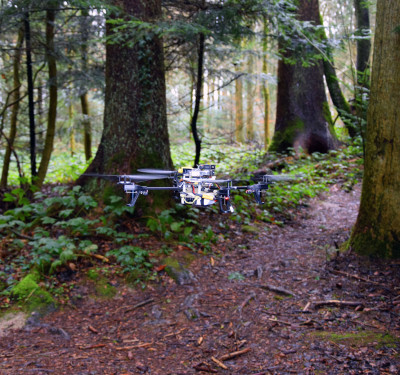 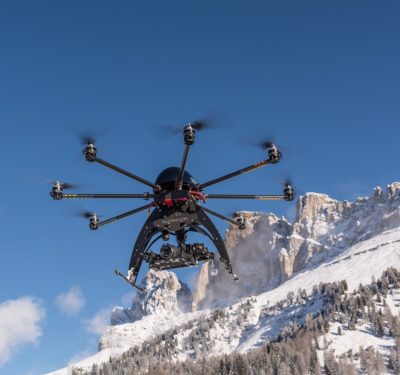 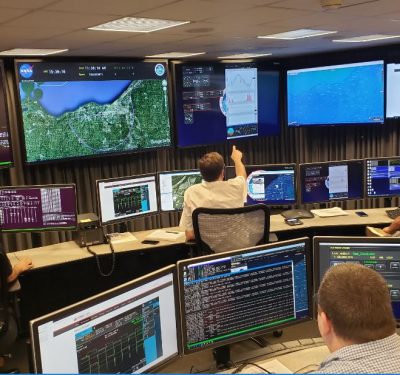 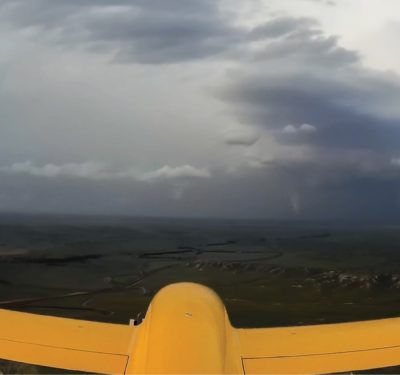