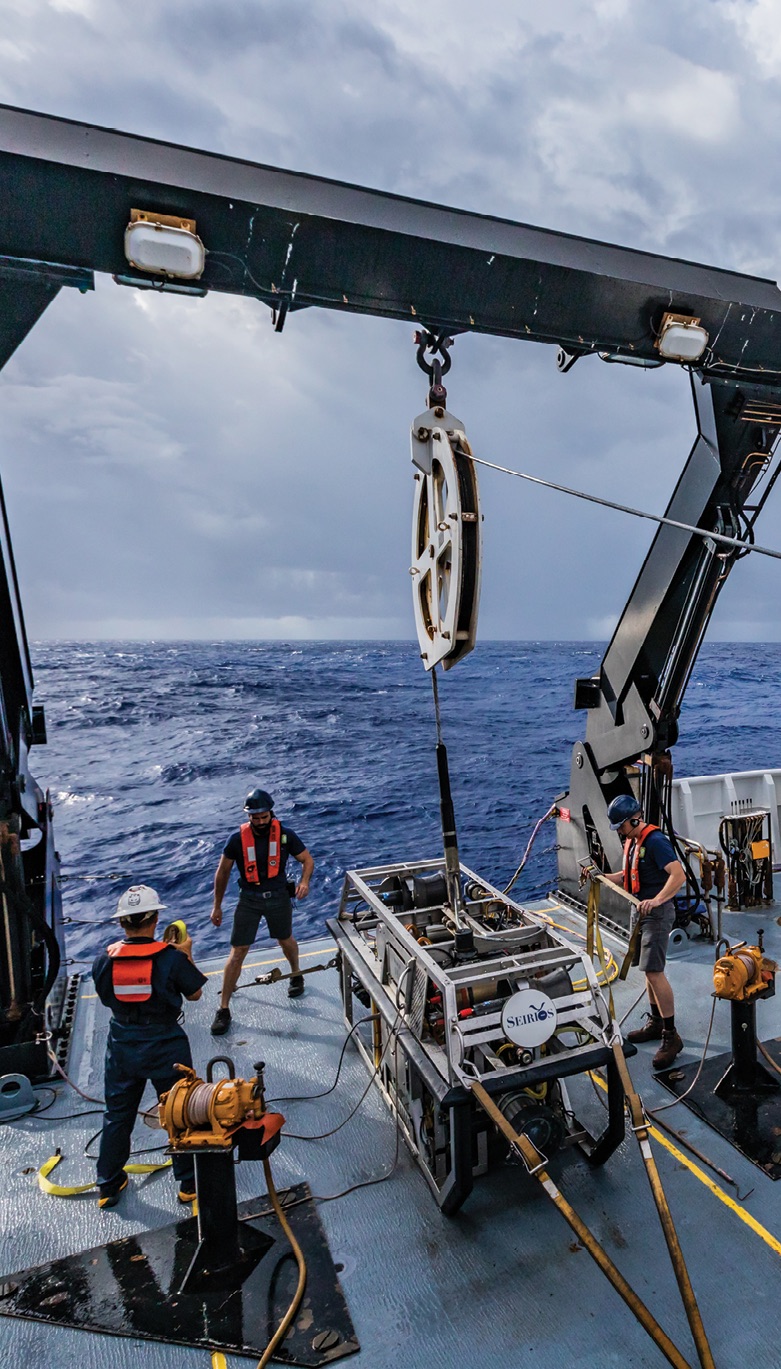 NOAA’s Seirios ROV, here deployed from the agency’s Okeanos Explorer, collects vital information and imagery about the ocean as deep as 3.7 miles below the surface. Images courtesy NOAA

The National Oceanic and Atmospheric Administration’s use of sUAS for science missions has increased more than tenfold since 2012.

At first blush, NOAA—the U.S Department of Commerce’s National Oceanic and Atmospheric Administration—suggests a bureaucratic file drawer, with six administrative lines and a payload-full of acronyms. But NOAA’s UAS science and research accomplishments are, as stories throughout this issue suggest, influential across atmospheric observation, hurricane forecasting and disaster response, marine mammal and fishery assessments, and seafloor mapping.

Earlier this year, NOAA established what is now the Uncrewed Systems Operations Center within the Office of Marine and Aviation Operations (OMAO), the NOAA line office that operates, manages and maintains the agency’s fleet of ships and crewed aircraft. Program staff collaborate across NOAA and with other government agencies, and work with NOAA’s Technology Office, which make commercial grants via SBIR (the Small Business Innovation Research program) to support the development of new systems for NOAA’s mission, as well as for potential commercial products.

The goal of the new center is to work with all of NOAA “to test, evaluate and demonstrate the utility of UAS technology for the agency,” and to move systems into operational use. It seeks to use scientific insights from the “uncrewed” aircraft and maritime systems they now call “UxS”—the “x” stands in for the more familiar “A” (aircraft) or “M” (maritime)—to “collect high-quality environmental data for the agency’s science, products and services.”

The Uncrewed Systems Operations Center is headquartered in Silver Spring, Maryland, and has a UAS section in Lakeland, Florida. Maritime counterparts will be bolstered by a new facility in Gulfport, Mississippi. And Newport, Oregon, continues to host a Marine Operations Center.

To provide an overview of NOAA’s use of unmanned technology, we sought out two principals associated with NOAA’s uncrewed systems efforts.

Interview consolidated for space and definitions. 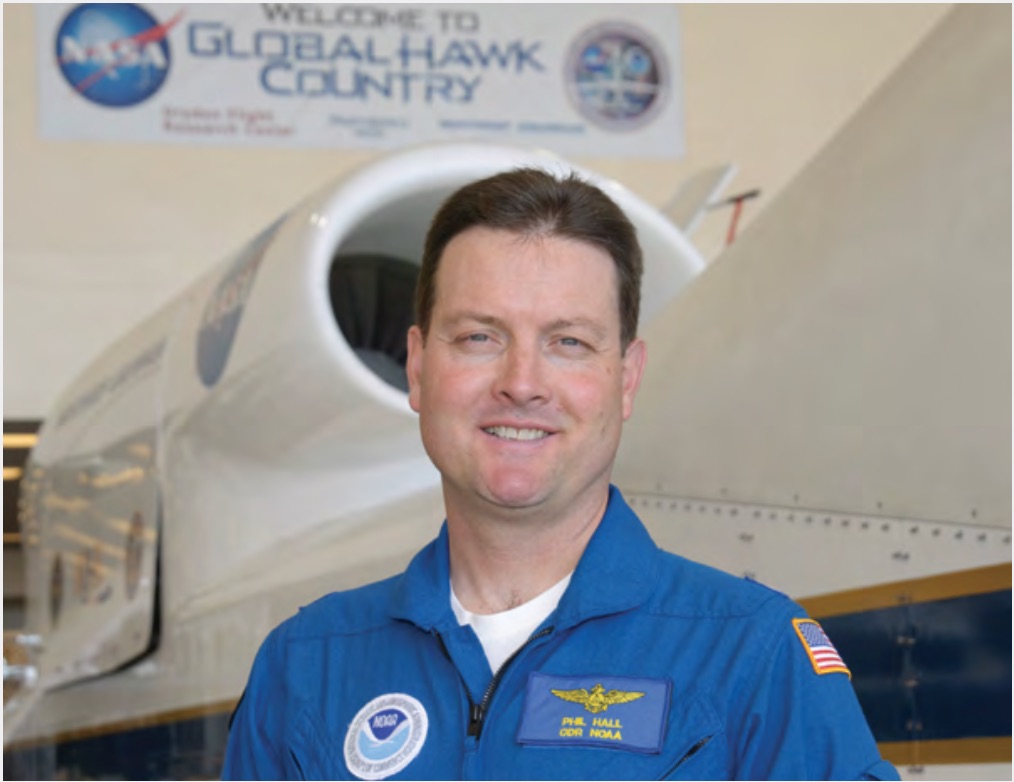 Captain Philip Hall is a NOAA pilot and director of the UxS Operations Center within OMAO (Office of Marine & Aviation Operations), and previously directed the UAS program within Oceanic and Atmospheric Research (OAR). He’s served as executive secretary for the Unmanned Systems Executive Oversight Board, which released the “NOAA UAS Handbook” to guide policy procedures and best practices. He was deputy project manager at NASA Armstrong Flight Research Center for both the Predator B and Global Hawk. In non-COVID times, he works from NOAA’s Maryland headquarters. 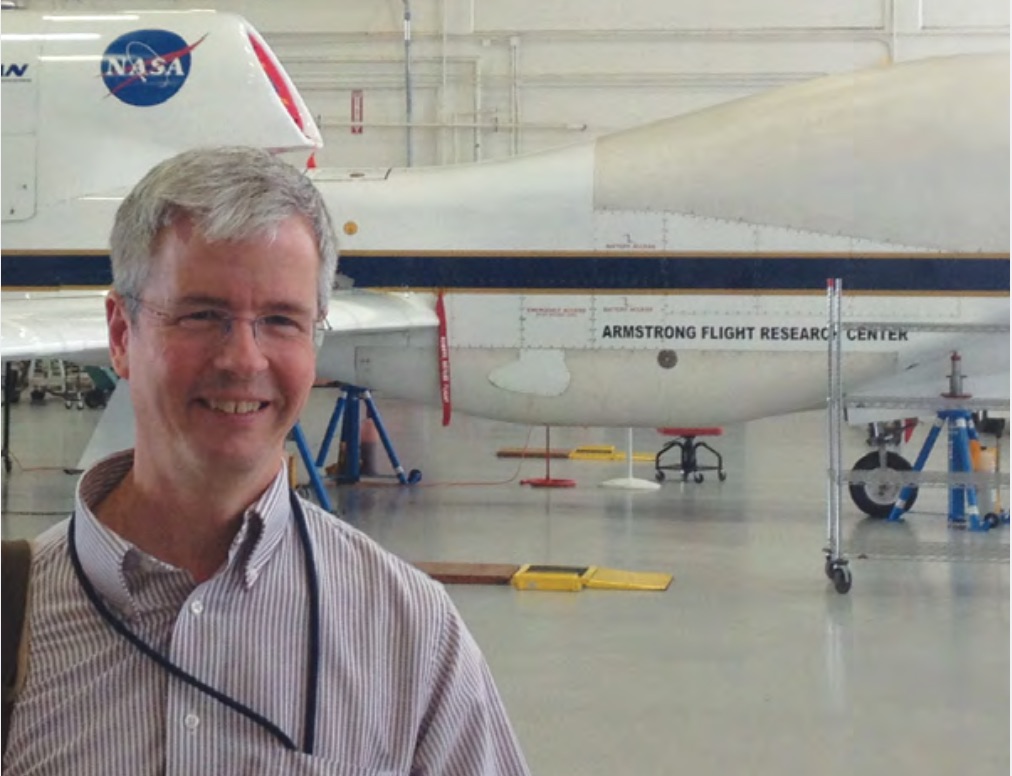 Dr. Gary Wick is the acting director of the Uncrewed Systems Research Transition Office within OAR, as well as a scientist in NOAA’s Physical Sciences Laboratory in Boulder, Colorado. He has been project scientist for SHOUT (Sensing Hazards with Operational Unmanned Technology) project. His research has focused on remote sensing of oceanic and atmospheric properties, air-sea interaction and uncertainties in satellite observations—something he hopes drones can inform. He spoke from Colorado.

WHAT’S IN A NAME?

HALL: NOAA is going to a “gender-neutral” term: the Uncrewed [Systems] Operations Center and uncrewed aircraft systems. Also, I think the term “unmanned” makes it sound like it doesn’t take many people to operate, and we know it takes a whole roomful of people.

As for “UxS,” it could mean anything out of the ocean, on the surface of the ocean, in the air. We have a smorgasbord, from getting data services from platforms to contracting for data, as well as platforms that we’re testing and own, things like autonomous surface boats.

HALL: From the aircraft side, everything from five-pound quadcopters to contracting for 65-pound UAS. We’ve done work in the past with Global Hawk. We have the [fixed-wing] Black Swift Technologies S2™ and [rotary-wing Meteomatics] Meteodrone for atmospheric measurement, in our turbulence and diffusion division. Gary is leading those programs. We have a Government Edition Mavic Pro for turtle research. We also are using the APO-42, APH-22 and the APH-28 from Aerial Imaging Solutions—the upgraded APH-28 version is called the Ranger—mostly for fisheries missions.

We have three maritime survey vehicles in NOAA, and we have initiatives to have a launch that can be both crewed and uncrewed. The ROV that NOAA owns and uses extensively is the Deep Discoverer. The Navy contributes gliders; we put 30 out during this hurricane season, all in hurricane tracks. There are two kinds and they’re about 6 feet long.

This technology is certainly a game-changer. If you wanted to look at whales off the coast of California, in the past you had to get a helicopter or charter a plane or get access to a NOAA aircraft. Now the scientists themselves are trained in these systems; they can go to the coast and get a lot of this data themselves.

WICK: Advantages are in a couple of key areas. Persistence, particularly with Global Hawk. You had persistence from geostationary satellites, but they’re at such a high altitude; now you have a chance to get persistent observations at higher resolution. Near the water surface, satellites give you a good image picture, but now you can get that detailed vertical structure.

HALL: I was a NOAA aviator and was given the opportunity to go to what’s now NASA Armstrong Flight Research Center. And then Global Hawk came along, and it had a lot of interest in the atmospheric research community. It was very fortunate timing for me; I became one of the lead pilots at NASA as well as deputy project manager. I worked on the project for many years, flew almost to the North Pole, and flew over hurricanes for the first time.

It was six months of training in a room, with a PC and a screen. I’ll never forget the first time I pushed the button to tell it to taxi and then saw it taxi. That was something.

NASA was a great place to kick this off because they had a lot of very outstanding people. It just showed the potential of taking a system and brought it to the earth sciences.

WICK: I still sit full-time out of the Physical Sciences Laboratory. I was originally in satellite remote sensing but I was always interested in aircraft, and new data types. With the uncrewed systems, now we were able to get higher resolution measurements, very detailed parameters near the air-sea interface that we weren’t able to get before. Now here’s a vehicle where we potentially can get those. The devil’s in the details, but it was an exciting path.

In 2010, I was involved with Global Hawk, working with the National Center for Atmospheric Research to develop the dropsonde system for it [ultimately, other aircraft carried these towel roll-sized—and thus obviously unmanned—sensors that measure temperature, humidity and wind speed]. The dropsondes give us very detailed information on the structure of the hurricane, which becomes some of the key data that the forecasters at the National Hurricane Center use.

It’s surreal, watching a hurricane while sitting on a very comfortable desk chair. But it became really challenging. In many cases, you have more information than you would in a traditional aircraft, because you’ve got external data, internet, satellite images. You’ve got the positioning of the aircraft, but at 60,000 feet, how do you drop that dropsonde right in the eye?

You’re collecting data that can be ingested into the forecast, and then you’re building up datasets to help facilitate improving the models. We’re a little bit behind in the ocean forecasting arena; we’re trying to get better. 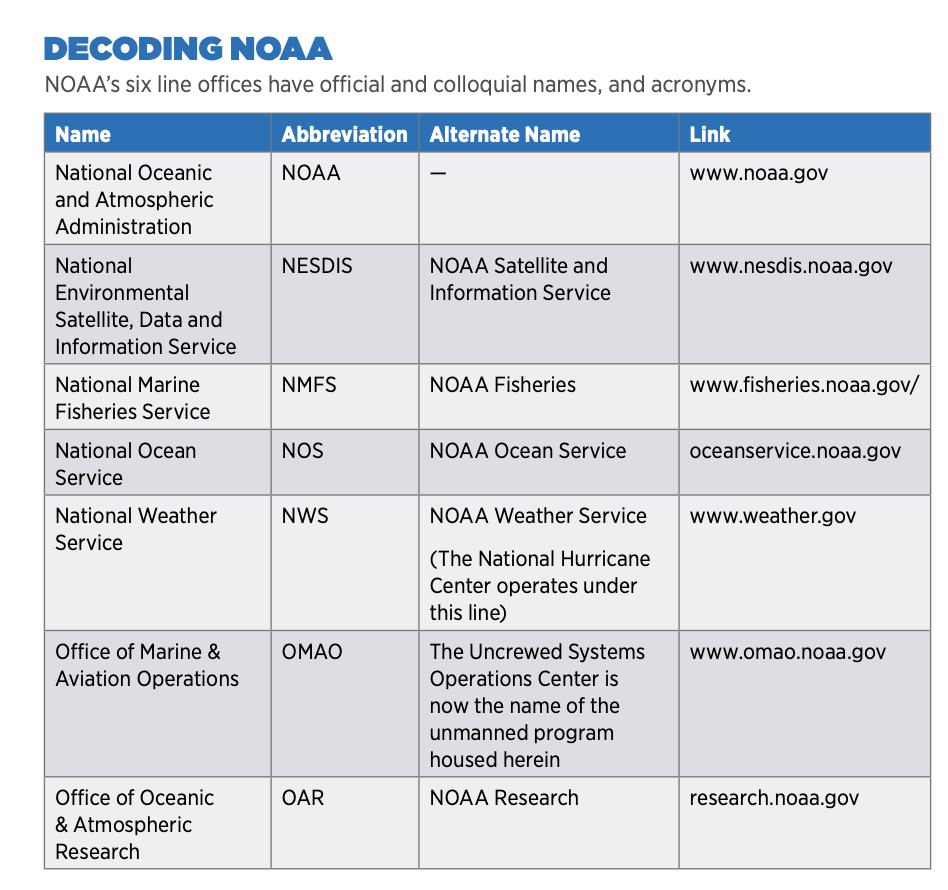 WICK: The big opportunity came with SHOUT; I moved into that as more or less the science lead.

HALL: The former director of NOAA’s UAS program, along with Gary and others, stood up a program called SHOUT [Sensing Hazards with Operational Unmanned Technology], a Global Hawk that flew over hurricanes. Our formal flights were in 2015 and 2016, but we had initial activities in 2014, in collaboration with NASA. That was my first operational experience.

WICK: As SHOUT wound down, I started taking more of an active role on guiding some of the scientific aspects of the UAS program. Should we add these to our suite of satellites, aircraft and ships? So let’s go out and do some initial demonstrations. Are the data they collect something that really can contribute significantly for our mission? Should they be a part of our observing system?

HALL: Lots of the innovative platforms have come from those initial Small Business Innovation Research grants. The DOD does a lot more than we do, but we’re able to give [grantees] enough funding so they can go to commercialization.

The Commercial Engagement Through Ocean Technology Act [CENOTE] was put into law in 2018. There are a lot of  elements, but one area of focus is partnering with the Naval Meteorology and Oceanography Command down at Stennis [Space Center, in Mississippi]. Congress requires us to work with the Navy on UAS technology research and development, training, procurement, operations. And they have a lot of access to test ranges and things we’ll be able to use. 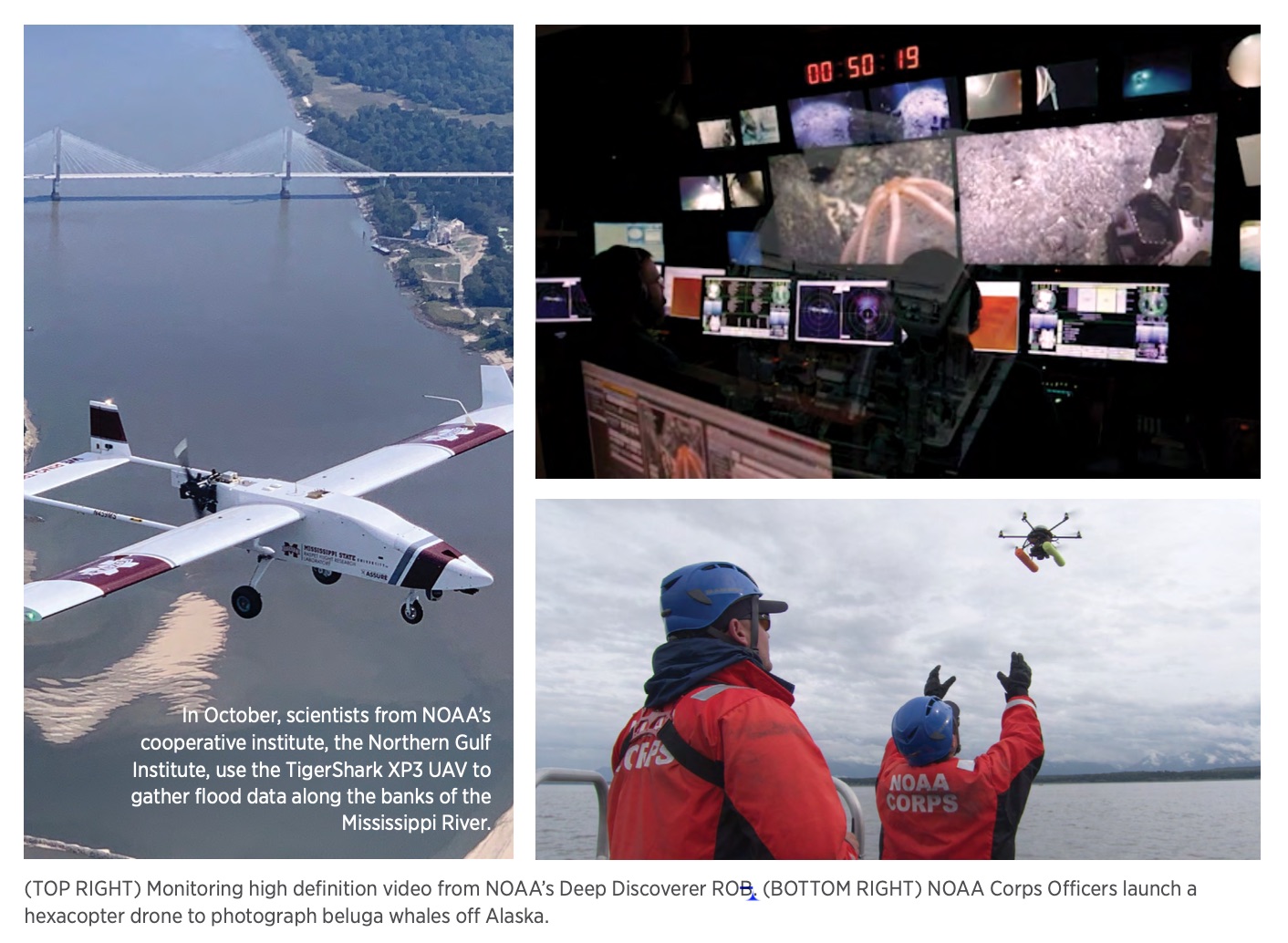 WICK: The SHOUT and Global Hawk experiences were fun. But going to the completely other scale, seeing what some of our people in fisheries are able to do, taking these small quadcopters over seals, using machine learning to automatically detect hem, that opens your eyes to the other end of the spectrum.

HALL: A lot of the innovation in fisheries (research) started in Antarctica. The Convention on the Conservation of Antarctic Marine Living Resources is a treaty that the U.S. is part of, and it requires survey of penguins and seals and critters in that area. Imagine, these NOAA people go live for two or three months in a penguin colony, counting penguins. A drone is a great tool for that.

There are the southern resident killer whales up in the Puget Sound/Vancouver area. It became a very big operation, and that group at the Southwest Fishery Science Center deserves a lot of credit, because now it’s used in all of Alaska. The manual process to count fur seals in the Pribilof Islands is unbelievably hard. The APH-28 Ranger is used, and the utility of UAS for these species is going to be pretty impressive.

THE FUTURE IS NOW

WICK: NOAA has such a diverse set of observational requirements and needs, and that really enables us to expand our current capabilities. We really want these very detailed, fine-scale observations. My hope is that in three years we’re seeing these platforms as a fundamental part of our everyday sampling systems.

Maritime systems, gliders, autonomous surface vehicles—each area is in various state of research or development. Our big challenge now is to move these to operations so our data is being provided on a regular basis for these systems. And how do we structure that?

All the line offices want to use our systems. For research, that’s where Gary is helping them, and my organization is helping them more with the operations part. We’re very excited about the UxS Operations Center; we’ve got a lot of work figuring out how to train people to start making platform decisions. It all comes down to the data; it has to be very good data, to NOAA’s standards.

The first ship I was on—a survey ship, in 1993—was actually a steamship. It’s quite phenomenal to see how quickly things are moving. 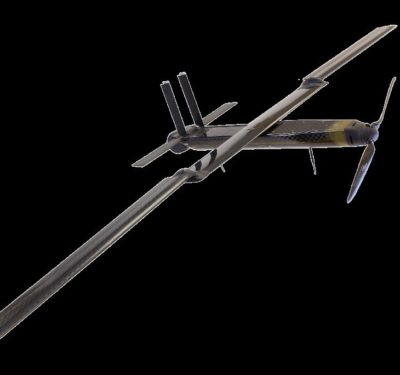 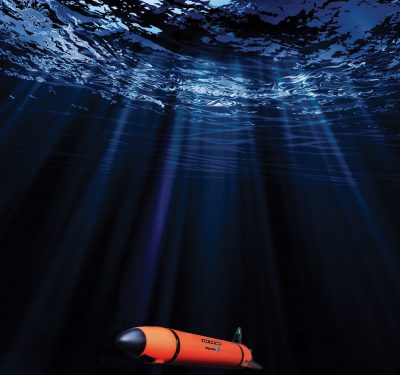 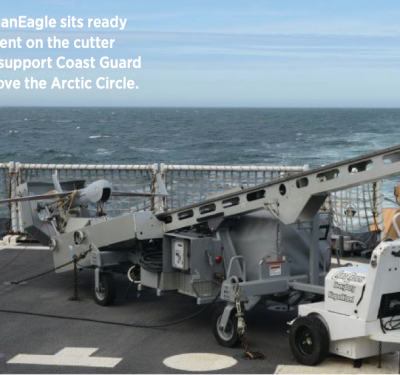