I think XPONENTIAL ’18 felt like “the second great blooming of commercial UAS manufacturing companies” because it looks like the industry has decided UAS are a viable market (again). I first started going to XPONENTIAL in 2009. Back then, the mood of the show was overwhelmingly military. The Bigs (General Atomics, Northrop, Boeing, Lockheed, L3, Textron, IAI, Elbit, etc.) had big booths and did all the big talking. UAS integration into the National Airspace was a joke back then, so the commercial UAS OEMs (original equipment manufacturers) were few and far between. The mood started to change from military mode at XPONENTIAL Atlanta in ‘15 and changed dramatically to a commercial mode at New Orleans in ’16. “This marked the first great blooming of commercial UAS manufacturing companies.” For New Orleans, the Part 107 rules had come out, the FAA had awarded the UAS Test Sites and my Mississippi State ASSURE team had won the UAS research center of excellence competition. This first great blooming of commercial UAS manufacturing companies happened because the FAA had given everyone a mark to shoot for (drones under 55 lbs, under 400 feet altitude, don’t fly over people and don’t even THINK of flying beyond visual line of sight (BVLOS)). The dozens of small UAS airframe manufacturers I saw at New Orleans may have aimed for this mark, but The Bigs weren’t so sure. General Atomics didn’t even have a booth in New Orleans, Boeing had fired its first round of commercial UAS business developers and Northrop remained aloof from the commercial market. Their marketing gurus were telling them there wasn’t enough cash in Part 107 to warrant investing in commercial UAS.

XPONENTIAL ’17 in Dallas saw The Great Die-Off of small UAS manufacturing. It turns out, The Bigs were right; there wasn’t much money in Part 107-compliant UAS business. You have to fly larger UAS beyond line of sight (BLOS) to get the kind of efficiency needed to make UAS less costly to fly than manned aircraft. The Pathfinder programs, launched to great fanfare in 2015, had largely failed to find a path to BLOS. Consequently, FAA BLOS rulemaking was just in ’17. DJI had a monopoly on commercial UAS for the Part 107 market. All this combined to spell bad news for small UAS OEMs.

Why This Meeting Was Such A Success

What lead to the second great blooming of commercial UAS manufacturing I witnessed at XPONENTIAL ’18? The article I wrote for the April Navigator Preview issue listed three issues to watch at the show: Remote ID, UAS in controlled airspace rulemaking, and President Trump’s Integrated Pilot Program. Remote ID was key because the DoD/DHS and DoJ were holding up rulemaking for operations over people until the FAA mandated remote ID for all drones. UAS in controlled airspace was key because it finally addressed flight of large (over 55lb drones) and BLOS operations. The IPP was key because it addressed how state/local/tribal authorities will work with the FAA to enable commercial UAS operations everywhere (but especially over people and BLOS).

The second great blooming reflected the FAA delivering in these three key areas in time for XPONENTIAL ’18. Remote ID had already concluded its Aviation Rulemaking Committee report and the XPONENTIAL program did a good job of explaining the pros and cons of the various remote ID technologies and policy alternatives. The FAA followed up this progress by releasing a notification of public rulemaking (NPRM) announcement for “Safe and Secure Operations of Small Unmanned Aircraft Systems” or remote ID for UAS. Keep in mind, this is just the NPRM and not the rule itself. It just means the FAA will release their proposed remote ID rules after the Office of Management and Budget clears the rules for public release. The public will have 60 days to comment before the FAA can start coordinating the rules within the federal government. That could take more than a year, but we could conceivably have a remote ID rule within 18 months. 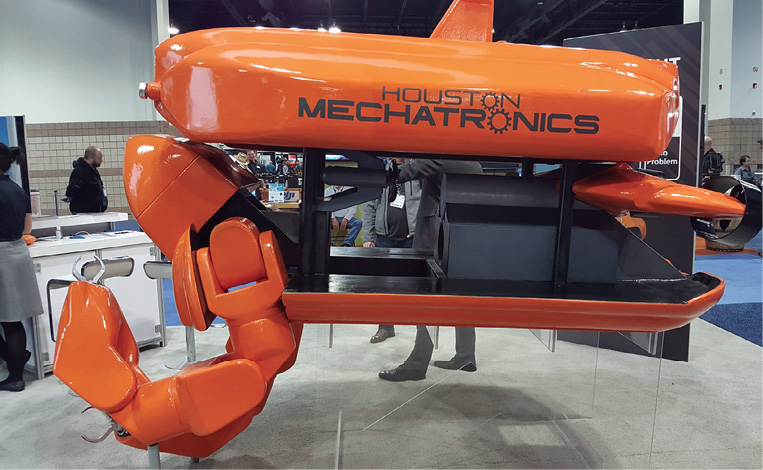 Houston Mechatronics, founded by NASA roboticists, at this year’s show.

XPONENTIAL did an equally great job of explaining FAA progress in rulemaking for UAS in controlled airspace. Unlike remote ID, the FAA hasn’t followed up with an NPRM for UAS in controlled airspace, but the recently concluded Aviation Rulemaking Committee got the attention of even The Bigs at XPONENTIAL. Boeing’s Insitu had all their commercial UAS services leaders at the show and announced their new ScanEagle 2 as the centerpiece of their commercial UAS fleet. Textron talked up the commercial applications of their proven Aerosonde, as well as the Shadow M2. L3 partnered up with Latitude Engineering to add its vertical take-off capable fixed wing UAS with L3 sensors for commercial operations. Airbus pressed the throttles forward on the new Airbus Aerial spin-off company dedicated to providing drone and satellite data to customers without them having to worry about flying the drones (or satellites) themselves. It seems that even the promise of large UAS flight in controlled airspace has begun to turn The Bigs.

My ONE “swing and a miss” in the XPONENTIAL ’18 prediction article was predicting that the Department of Transportation would announce the Integrated Pilot Program (IPP) winners at the show. I had high hopes of an XPONENTIAL announcement when the Deputy Secretary of Transportation was still on the schedule, but my hopes sunk when he cancelled. That said, Secretary Chao did announce the IPP about 10 days after XPONENTIAL. It was a disappointment to get the announcement after the show because there were certainly some interesting winners—and even more interesting losers—in the announcement. As expected, the UAS Test Site and ASSURE-allied teams did well (seven of 10 winners). What was more interesting was who didn’t make the list—anyone who teamed with Amazon Prime Air or Chinese drone manufacturer DJI. I understand the DJI omission—Secretary Chao made it clear that all IPP team members were vetted via DoD, DHS and the Intelligence Community. Because DJI has been banned from both the DoD and NASA, it was no surprise they didn’t pass muster. I’m not sure why Amazon Prime Air didn’t make it to a team. I sure hope it wasn’t because of on-going battles between the Administration and Jeff Bezo’s Washington Post. 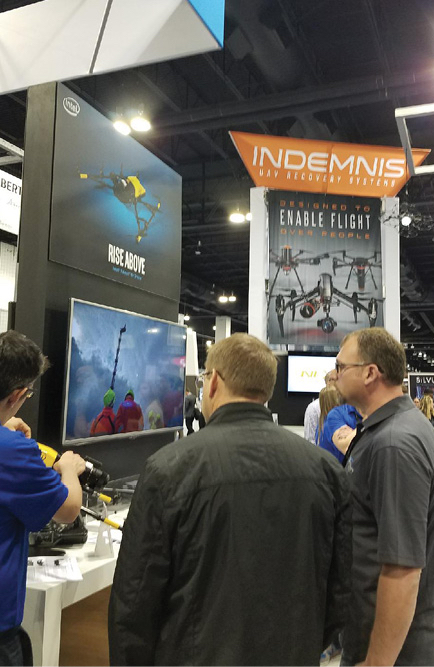 All Eyes On IPP

Regardless of these two omissions, IPP remains the project to watch for the next year or so. Commercial UAS are going nowhere until the nation figures out how to harmonize local and federal rulemaking on UAS. Even if you buy the FAA’s argument that they own all airspace from ground to space, commercial UAS still have to land and take off, making them bound by state/local and tribal laws. The IPP is a step in the right direction in finding where the line should be between local and federal regulation.

I may only have a .667 batting average for predictions at this year’s XPONENTIAL, but I think I nailed why the mood at XPONENTIAL ’18 was so upbeat—in previous years, the FAA hit home runs with the UAS test sight program and ASSURE but missed with the Part 107 rules and the Pathfinder Program. Now that they’ve added hits with solid progress on remote ID, UAS in controlled airspace and the IPP, they’re batting .714—nearly double Ty Cobb’s record! 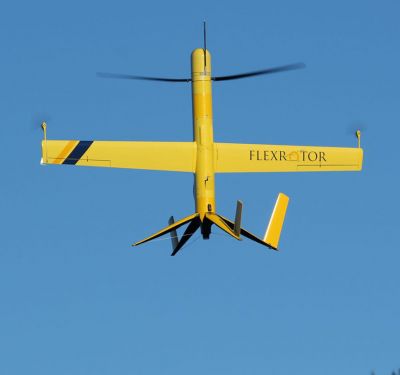 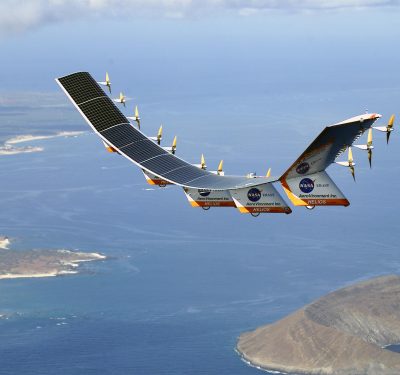 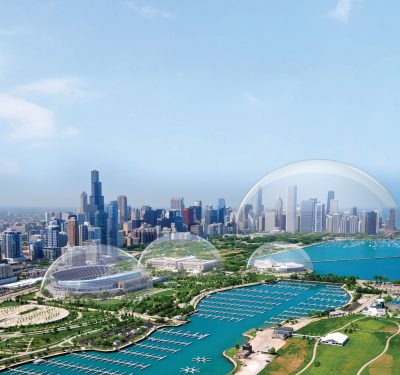 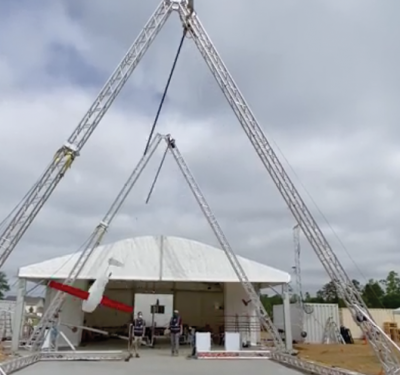