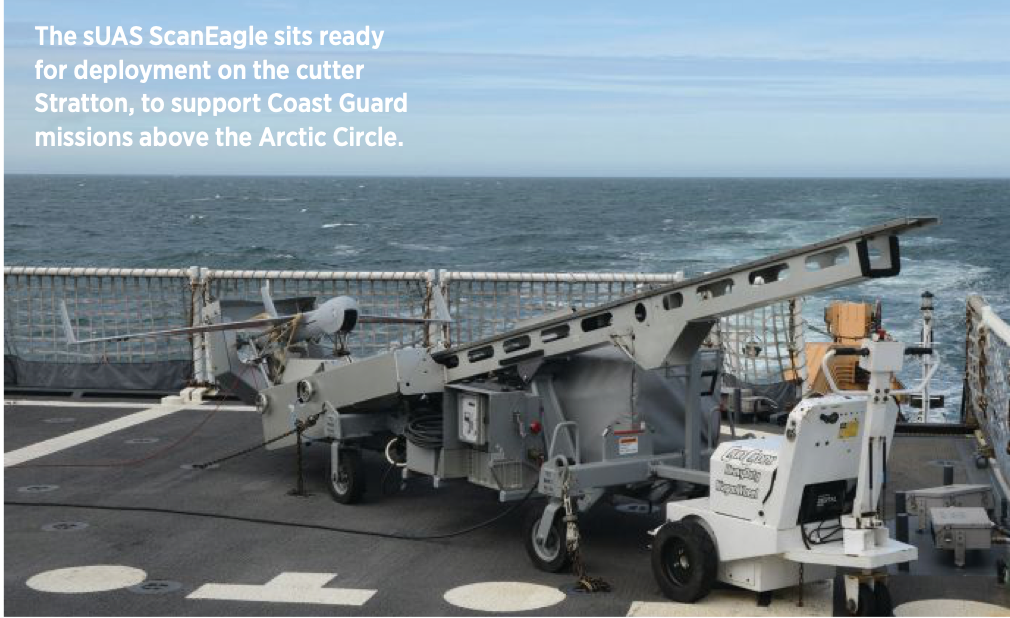 “It’s kind of like a never-ending process,” U.S. Coast Guard Capt. Thomas Remmers said, describing the work of the team he heads. Formally called the Unmanned Systems (UxS) Cross Functional Working Group, it was established in December 2020 to create a holistic new strategic vision and plan for UxS in that service.

While full autonomy for the Coast Guard remains limited in the near term by both regulation and technology, Remmers sees progress over the horizon. “I think it’s probably early 2022 when we’ll have a strategy developed,” he said. The new plan is expected to include four defined domains— unmanned aircraft, surface and subsurface, and land systems. The team is also incorporating the rapid advance of vehicle and sensor technology, and how they might support infrastructure such as communications and data management.

“What we’re constantly looking for, as technology advances, is how tech can be adapted to improve Coast Guard operations,” Remmers added.

The group was formed to harness an expanding range of capabilities. It has been meeting weekly, sometimes in person and sometimes virtually, bringing together people from across the Coast Guard. “We have a broad array of subject matter experts in the group,” Remmers said. “I’m a naval engineer working on ships, and we have scientists and IT experts. We’re kind of conducting market research on what are the latest technologies in the marketplace.” Discussions range from who saw what where, to what people think about something new, to what kind of combination of tech could be useful.

The search keeps Remmers and others, such as Cmdr. Chad R. Thompson, UAS Division Chief in the Office of Aviation Forces, hopping planes and scouting conferences such as the recent XPONENTIAL in Atlanta. Thompson, a Coast Guard helicopter pilot, is part of the office of capabilities directorate and oversees all Coast Guard unmanned air activity. He’s in charge of the UAS part of the plan.

“As the capabilities director, part of my job is staying up to speed with the state of technology and the state of industry,” he said. “I went to the conference to help my office stay current and be aware of possibilities.”

Staying well-informed is key to devel- oping the new strategy, Thompson added. While he and Remmers avoided mention- ing specific products or even categories at this point, he did say, “We saw a lot of cool tech.”

• A joint awareness program with U.S. Customs and Border Protection uses the General Atomics MQ-9 Guardian for long-range UAS in support of drug, migrant and other law enforcement missions

This iteration of a plan may not be able to fully embrace autonomous systems. “Autonomous is difficult, as there are still quite a number of limitations on full autonomous vehicles,” Remmers said. “So we have a way to go. At the same time, we recognize that, if we can get past some of those limitations and improve the reliability of the systems, that could be valuable to us.”

ON AND UNDER THE WATER

“We’re looking at multiple domains,” Remmers said. “We’ve talked about the aviation systems we have and we’re looking to expand on that into the others.”

To date, surface and subsurface unmanned use has not gone beyond R&D except by dive teams. That said, those two domains are attracting a closer look. “We’ve done an array of research and development with both surface and subsurface vehicles,” Remmers said, “to always be on the lookout for what’s out there that allows us to do our missions more effectively, lower risk to our own personnel and do it all at a lower cost to taxpayers.

“We’re not really looking at any particular sensor or technology yet,” he noted, but added that the convergence of all the rapidly advancing tech makes for a great opportunity. “Our strategy will be, ‘How can the Coast Guard position itself to take advantage of it all?’”

While the Coast Guard is looking ahead, Cmdr. Thompson is quick to note the service is on the job. “We are accomplishing all of our missions. It’s more that we’ve recognized that we can accomplish them more safely or more effectively or more efficiently,” he explained.

The working group is internal to Coast Guard personnel, but the service does engage with other agencies, including within the Department of Homeland Security. Such cooperation comes into play, for example, in the sponsorship of new technology within industry. The Coast Guard may lack the resources for such ventures, but can take advantage of DHS-sponsored results. Also, as a military service, the Coast Guard works with the U.S. Navy and DOD to pursue its Defense Readiness mission.

Remmer expected that the strategy will be published on the Coast Guard website and other platforms. Even without a completed plan, the Coast Guard envisions ongoing efficiency, safety and performance improvements. Post-strategy, accomplishments and lessons learned will inform the potential establishment of a permanent UxS office.

In the interim, Remmers, Thompson and others involved in the task force remain dedicated to the continual exploration of what’s new.

“As an engineer and a fan of tech,” Remmers said, “it’s really exciting and satisfying to have a chance to evaluate some of this new technology. I’m really looking forward to publishing the strategy and moving beyond it.”

“For me,” says Thompson, “in my job as the UAS division chief what makes me excited is the opportunity to get larger Coast Guard buy-in. As a helicopter pilot, I understand the need from personal experience.

“We look forward to releasing the strategy, engaging and getting feedback, and partnering with industry to make it happen.” 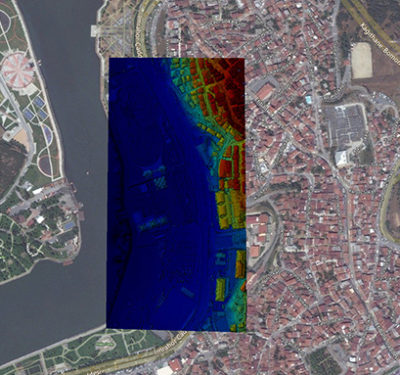 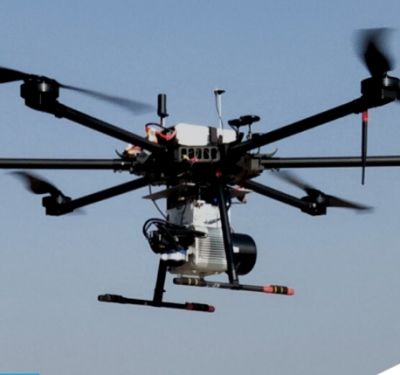