EUSPA, the European Agency for the Space Program, is using autonomous systems to support sustainability.

The European Union “Green Deal” has made sustainability a top priority for the EU. Improving environmental performance now forms a central pillar, around which more and more of the Union’s activities are oriented, including technological research and development involving unmanned systems.

The European Agency for the Space Program, EUSPA, manages the EU’s GNSS (Galileo and EGNOS) satellite navigation networks and supports the commercialization of its earth observation (Copernicus) program. To this end, it also provides support for research and development projects and business start-ups. The Agency is particularly interested in initiatives that exploit EU space services.

EUSPA Executive Director Rodrigo da Costa stressed the importance of sustainability in its ongoing efforts. “Sustainability is a priority for the agency. At the level of the program and projects that we implement, we have many concrete examples demonstrating the EU Space Program’s support for the Green Deal strategy.” A number of these examples involve unmanned systems.

The current widespread use of herbicides obviously entails a significant negative environmental impact, while conventional manual weed control involves back-breaking labor and its associated costs. In some cases, workers simply can’t be found to do the job.

EUSPA has been supporting solutions in the agriculture sector. “We have funded the GALIRUMI project,” da Costa continued. “This new solution is delivering a robot for herbicide-free weed control in dairy farming.” Coordinated by Spain’s ACORDE Technologies, GALIRUMI starts with an automated weed detection system, for which Galileo provides a high-accuracy and authenticated position map. A small robotic vehicle then seeks out and destroys harmful weeds with a laser tool. There is also a medium-sized robot system armed with an electrocution tool, which only needs to apply a single treatment per season. This robotic weeding eliminates exposing farm workers, animals and the wider ecosystem to herbicides, and it removes an important obstacle for dairy farmers wanting to switch to organic production.

On the clean energy front, EUSPA has funded the Easy PV project. “It uses EGNOS/Galileo-capable drones to support maintenance of photovoltaic [PV] plants,” da Costa said. Today, thermographic analysis is the most effective way to detect defective PV cells and modules, but inspections are still largely carried out by human operators with handheld sensors in a time-consuming and expensive procedure.

Autonomous systems, in and of themselves, are typically more environmentally friendly than the conventional operating methods they replace. One EUSPA-supported start-up, 10Lines, uses clean and efficient autonomous robots to deliver precise surface marking of parking lots. The Estonian company, founded by Tarmo Prints and Janno Paas, won first prize at the EUSPA-organized MyGalileoSolution Track 2 competition in 2021.

10Lines recently signed a €700,000 deal with Tera Ventures, with co-investment from Perot Jain, which will allow it to scale up in Europe and the U.S. and expand into road, airport and harbor marking.

EUSPA has been particularly active in promoting more autonomous and greener solutions in the transport sectors. “Smart and sustainable mobility schemes are key to achieving the European Green Deal priority,” said Carmen Aguilera Rios, head of section transport and operational market development at EUSPA. “As mobility demand grows, the need for modernized transport infrastructure and operations becomes more evident. In this context, we are supporting industry in its development of autonomous and sustainable mobility solutions.” Among the agency’s specific goals for road transport is increased roadway capacity through optimal distancing between connected and autonomous vehicles. Reduced congestion means optimized fuel consumption and time savings.

Several examples of EUSPA-funded research in support of unmanned and greener transport systems can be cited. One such is the ACCURATE project, coordinated by Spain’s Vicomtech, which is involved in developing a high-precision automotive positioning system. The solution exploits the accuracy and integrity of European GNSS for complex automated driving functions, aiming to introduce these technologies in L4 and L5 validation and certification pipelines, in cooperation with French automotive supplier VALEO.

“We are developing a close-to-production, high-precision-positioning, on-board unit [OBU],” said Oihana Otaegui Madurga, Vicomtech’s director of intelligent transport systems and engineering. “The system is based on tight, heterogeneous sensor fusion and can be integrated on automated driving platforms for any vehicle.” The OBU will make use of the multi-frequency accuracy and integrity offered by European GNSS services, using E5a and E5b satellite signals.

“Differential GNSS will be used as well as fusion with an inertial measurement unit [IMU] and other perception sensors to enhance the capabilities of the positioning systems in adverse conditions,” Otaegui Madurga said. “For a safety-critical application like road transport, we are designing with a view toward certification in accordance with the automotive industry’s functional-safety standard, ISO 26262.” 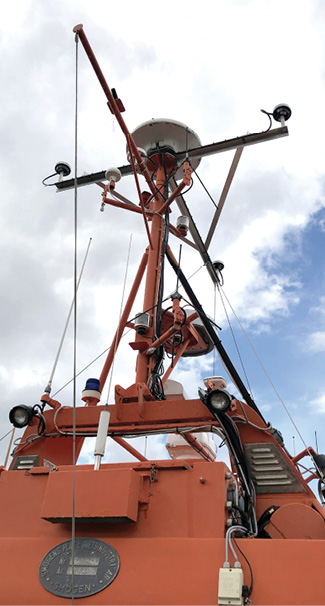 THE NEED TO IMPROVE

The European Union is concerned about road transport figures; a 2019 report by the German Federal Ministry of Economic Cooperation and Development showed road transport accounting for 17.48% of all CO2 emission compared to 2.4% for maritime transport and 2.55% for aviation. That being said, the automotive industry and its products play an essential role in European life and there is no desire to damage or demonize carmakers. After all, the automotive industry accounts for about 3% of EU GDP and for about 7% of the Union’s total manufacturing output, making it a major wealth generator in Europe. And the industry provides work for more than 2 million Europeans, supporting an additional 10 million indirect jobs, representing 7% of all European manufacturing employment. The Union’s clear aim therefore is to work with road transport, not against it, as it strives to achieve its central sustainability goals.

Otaegui Madurga saw a positive outlook for enhanced, multisensory hybrid positioning systems for safe, automated driving functions, including in urban scenarios. “Current market research states that the next big trend in the road transport industry will be self-driving vehicles” she said. “The automotive industry is suffering from a huge transformation in its path toward automation. Vehicles are increasingly equipped with driver assistance systems and higher levels of automation. In Europe we want to be a world leader for fully automated and connected mobility systems. The ACCURATE system will be piloted in Europe, but we believe it has the capacity to be exported worldwide.

“Autonomous driving is not just a farfetched goal, but the next big innovation milestone,” she added. “Even if significant advances have been achieved, there is still a way to go. Fully automated vehicles must be able to interact with the environment, be aware of their location, sense the context and be able to drive under the same variety and unpredictability of circumstances that human drivers currently manage, for which accurate positioning is key.” 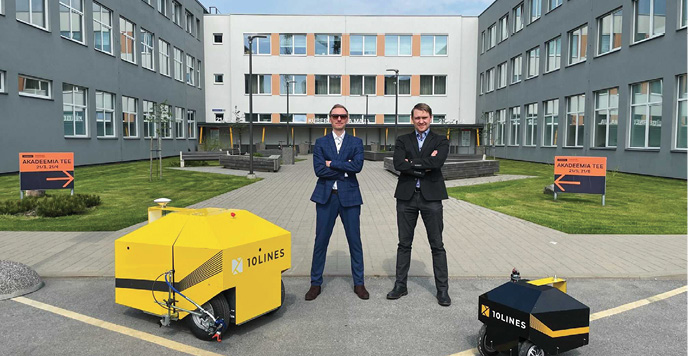 10Lines founders Tarmo Prints and Janno Paas with their EUSPA-supported robot that saves around 1.9 tons of CO2 emissions per unit per year.

AS ON THE ROAD, SO AT SEA

EUSPA expects and is preparing for an accelerating roll-out of unmanned waterborne transport systems. “Maritime autonomous surface ships [MASS] are being developed and will open new business opportunities to support the digitalization and sustainability challenges of the EU,” Aguilera Rios said. “EU space data will be enablers, by facilitating reliable and robust positioning and harmonized observations of the navigation area and environment, all needed for safe and green autonomous operations.”

One exemplary EUSPA-funded maritime project is ‘Prepare Ships’. This initiative, led by Research Institutes of Sweden (RISE), explores the use of combined Galileo and Copernicus data for optimizing vessel routes and collision avoidance.

“The precise positioning system that we are developing goes well beyond the state of the art,” said Joakim Lundman, senior project manager at RISE. “We are working on an enhanced RTK software solution that exploits the distinguishing features of Galileo signals while combining that with other positioning and sensor technologies. From an operational point of view, it’s not the different systems that are unique.”

Essentially, Galileo provides the positioning while data from Copernicus is giving information about marine variables such as tides, currents and wind conditions. All of this is folded into a single, comprehensive model of the operating environment. “While we are working with some new technologies and enhanced features, we are basically building upon existing and proven technologies,” Lundman said. “The innovation lies rather in the combination of enhanced positioning via European GNSS and NRTK with machine learning, to create a dynamic, real-time predictor for ships.

“The different elements exchange data, including near-future movements and intentions, in full awareness of conditions in the surroundings,” Lundman explained. All this is displayed in the form of an electronic sea chart, which can be shared with other vessels and ground facilities. “Connected ships and control centers interact with each other, with a continuous live-feed of data from sensors both onboard and ashore,” Lundman elaborated. “They can then plan more energy-efficient crossings, optimizing routes and speeds,” meaning reduced emissions of CO2 and air pollutants. “By sharing their plans, others can adjust their own movements and, overall, the risk of collisions and groundings is greatly reduced, avoiding potential loss of life and discharge of pollutants into the sea.

“We know semi-autonomous systems are already being explored,” Lundman said, “and we are coming across more and more systems that are unmanned and operated from shore. Fully autonomous systems are the next step in this development, be it for local operations with low-grade cargo such as landfill that need continuous roundtrips at a steady pace, or passenger shuttle services on our urban waterways, or for deep-sea shipping across the Pacific.”

As operators continue to incorporate advanced GNSS and other positioning capabilities in combination with earth observation and sensor-based technologies, Lundman sees a new generation of intelligent ships taking shape: “Prepare Ships can already bridge the gap when autonomous ships interact with manned vessel, ensuring secure and reliable exchange of information. It will be a system integrated within merchant vessels to provide a resilient and safe ship passage in a complex fairway scenario, with a navigation-decision-support subsystem capable of interacting with other VDES [VHF Data Exchange System]-compatible ships.”

UP IN THE AIR

No discussion of unmanned mobility would be complete without a look at what’s overhead. “New Urban Air Mobility [UAM] schemes are leveraging the untapped potential of urban sky to serve the transport needs of people and goods,” Aguilera Rios said. “Parcel delivery by UAS/RPAS can help to reduce congestion in cities and connect remote and rural areas.”

The NAUTILUS core concept is the Smart Capsule, a carrying compartment designed for maximum strength and minimum weight while complying with legal standards for maintaining temperature and hermetic seal, while limiting agitation. The system is appropriate for transporting delicate and perishable substances such as blood and blood components, organs and drugs susceptible to temperature variations, including vaccines. NAUTILUS can interface with a wide range of available drone systems.

The Smart Capsule is controlled via an intuitive, proprietary software interface. Medical staff simply put the items for transport into the temperature-controlled compartment and enter the destination/recipient code. NAUTILUS starts automatically and flies the most convenient, preset route. The system can carry a 10-kilogram payload and reduces delivery times by 50% over short distances (up to 10 kilometers) and by 80% over medium distances (up to 40 kilometers). The cost of the service is significantly lower than for conventional delivery and, quite naturally, the process is cleaner and more sustainable. 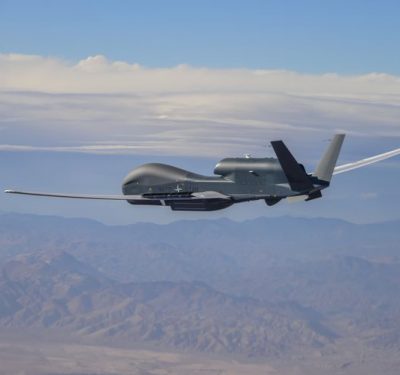 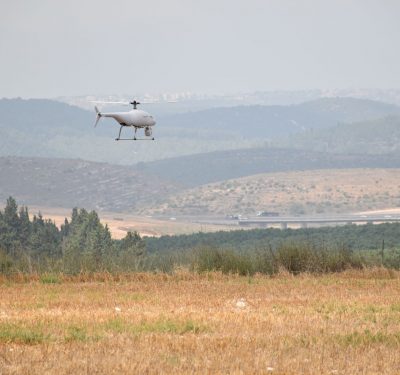