Well, probably not if the Federal Aviation Administration (FAA) adopts the recommendations from last month’s UAS Identification and Tracking (UAS ID) Aviation Rulemaking Committee (ARC). Don’t get me wrong, there are many great recommendations in the report. It just fails on the types of unmanned aircraft systems (UASs) required to have remote ID and on who bears responsibility for making sure drones have remote ID.

DoD and DHS have a range of concerns about rogue drones. The Secret Service worries about protecting the President. It’s a well-founded concern; here’s a clip of a drone manufactured in China – a Parrot Bebop – landing right in front of Germany Chancellor Angela Merkel during a speech. Customs and Border Patrol protection worries about smuggling with drones (here’s a DJI Matrix 600 with 13.44 pounds of smuggled meth: https://www.cbp.gov/newsroom/local-media-release/smuggler-using-drone-busted-border-patrol). The Federal Emergency Management Agency (FEMA) thinks drones are GREAT but still worries about irresponsible drone pilots interfering with emergency operations like this firefighting operation in California that was halted by irresponsible drone pilots: https://www.mercurynews.com/2017/10/16/firefighters-say-drones-interfered-with-their-work-one-pilot-arrested/.

DOJ has concerns from the Federal Bureau of Investigation (FBI) and state, local and tribal law enforcement that they represent at the federal level. A fitting example of these concerns was demonstrated at the Standing Rock pipeline protest site in the fall of 2016 in North Dakota. Initially, only state/local law enforcement flew drones near the protest site. Later the FBI joined in, followed by protestor drones monitoring the law enforcement effort. Press drones monitored the protestor drones monitoring law enforcement as they monitored the protestors. No one was sure who was flying what drone. The FAA eventually set up a temporary flight restriction over the area and banned all aircraft except law enforcement, but press representatives sued, citing their First Amendment right. The FAA agreed to let press drones fly with special permission but since no one had remote ID, no one was still REALLY sure who was flying what drone.

Why It’s Important
Commercial UAS advocates ask a simple question about remote ID: How can you have highways in the sky to deliver packages, monitor crops or run an air taxi service if all of the drones flying don’t broadcast their position or identification? Aren’t they all going to smash into each other?

This concern led to the FAA to stand up a UAS Identification and Tracking Aviation ARC in the spring of 2017. There have been multiple reports that the group broke into two main factions – hobbyists and consumer drone manufacturers versus commercial UAS advocates. DoD, DHS and DoJ were only there as observers and weren’t involved in the final report editing, particularly the final round of editing where the report took a decided tilt toward the hobbyist/consumer drone faction.

The first massive point of contention was over applicability of ID and tracking requirements.  Would the committee recommend a performance based standard or the simpler weight based standard recommended by the previous drone ARC on micro UAS? Despite a close vote (34 agreed with the report, 28 did not), the FAA only included two performance based applicability recommendations, both designed to exempt hobbyists from remote ID:

All UAS be required to comply with remote ID and tracking requirements except under the following circumstances:

UAS with either of the following characteristics must comply with remote ID and tracking requirements:

Ability of the aircraft to navigate between more than one point without direct and active control of the pilot.

I admit, both options sounded reasonable when I first read them. After all, model aircraft are supposed to fly within line of sight and be directly controlled by their remote pilots. They can’t fly autonomously like drones, nor do they have cameras that let their pilots fly them via camera. Then I sat back and thought about what I could do if I were a nefarious drone operator under these rules. No weight limits in option one AND I can fly it up to 400 feet away? That means I can fly a 55-pound drone right into the Joint Chiefs of Staff side of the Pentagon from the beltway. Option 2 takes away my ability to precisely navigate my 55-pound drone bomb but wait – how would someone on the ground know that I’m a bad guy intending to blast the JCS just from watching my drone fly past? Wait, they can’t. They’d have to assume I’m a hobbyist right until I blast those Navy guys who want to cut the Air Force budget. SWEET!

Weight is the only applicability standard the ARC should recommend. It’s simple and doesn’t rely on discerning remote pilot intent. True, it would require modification of Section 336 of the FAA Modernization and Reform Act that exempts model aircraft from FAA regulation, but many other remote ID ARC report recommendations require modifications to existing rules.

Remote Pilot Requirements?
The other headscratcher is the recommendation that the FAA “apply the remote ID and tracking requirements to the remote pilot, not to the manufacturer of the UAS.” This sure sounds like the same mistake made with the drone registration rules – letting manufacturers and retailers off the hook when it comes to drone security. Why don’t we treat drones like car sales? Can you drive off the sales lot without showing your license and registration before buying a car? Our drone registration rules let you walk out of the drone store with just a promise to get training and register later. Is it solely your fault if you get a ticket for not displaying your license plate or wearing seat belts if manufacturers weren’t required to make cars with license plate holders and working seat belts? I say we share responsibility between drone pilots and manufacturers for remote ID compliance. No one should manufacture or sell drones weighing more than 250 grams unless they have working remote ID. Period. Want to build your own drone from stock? You’re on your own there – just make sure it has working remote ID if it weighs more than 250 grams.

The rest of the report is darned good, given the massive complexity of the issue and the competing interests involved. There were other good fights – the cell phone folks versus consumer drone makers, law enforcement’s need to track drones versus the consumer drone makers, etc. However, the report did an excellent job of explaining the pros and cons of each position to allow the FAA to make sound decisions. I’m just afraid that the entire effort is for nothing if the FAA exempts hobbyists from remote ID and places the burden of remote ID solely on remote pilots vice sharing it with retailers/manufacturers. I just don’t see how this works if most drones are exempt and we allow sales of drones without remote ID. 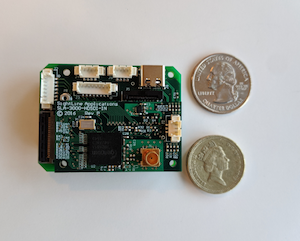 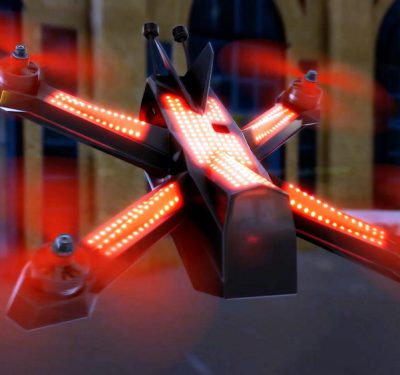 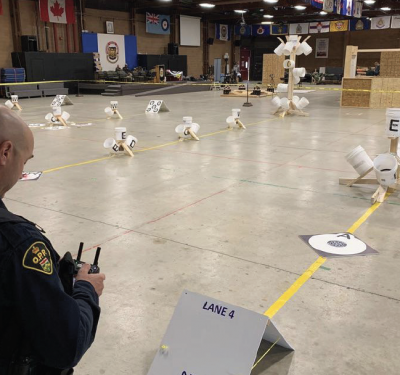