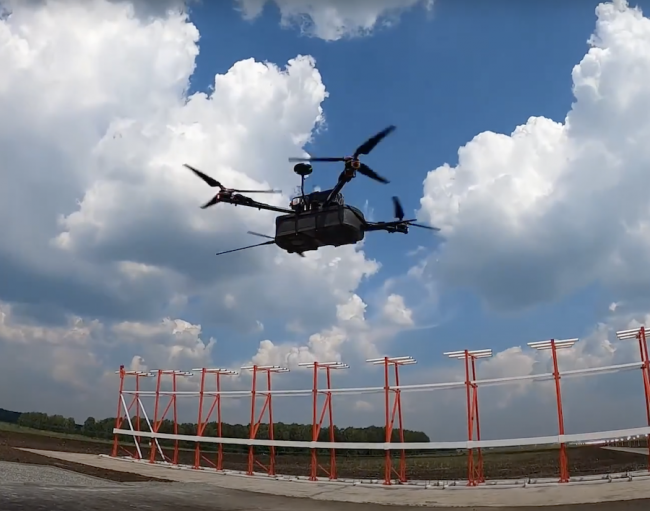 Russian drone developer Cursir has partnered with NPO RTS, a manufacturer of landing and navigation systems, for conducting pre-flight checks during the commissioning of new navigational aids. Cursir’s NAVAID calibration drone significantly reduced the time of preparation of NPO RTS’ ILS 734 instrument landing system at Magas Airport in the Republic of Ingushetia. Cursir has previously partnered with NPO RTS to implement the NAVAID drone at the Ulyanovsk-Vostochny Airport in Russia. The two companies are helmed by the same CEO, Vitaly Munirov.

Cursir develops drones for airport inspections and flight checks of landing and navigation systems. Its product consists of a drone with a payload for measuring, a control console and a base station on the ground with proprietary software that provides fully automatic flight inspections, real-time data and post-flight generated reports. This system can inspect ILS, PAPI (precision approach path indicators) and flight strip lighting, as well as VOR (very high frequency omni-directional range) and RDF (radio direction finder).

The drone can provide measurements for more areas, including ones that can be blocked for conventional measuring vehicles. For UAV application, it can detect foreign objects and damage on flight strips and, with an integrated VOR signal measuring device, make measurements of an azimuth error or signal level accurate to 1 centimeter. An RDF signal generator is also integrated into the UAVs to allow for the calculation of an average bearing error.

“The NAVAID calibration drone designed by Cursir makes it possible to conduct a preliminary inspection and setup of equipment,” Munirov said. It significantly accelerates commissioning and minimizes the raid of a specialized flight inspection aircraft when checking the navigation aids.”

Cursir’s compact drones can operate in extreme weather conditions and are equipped with parachutes and search beacons for safety. Their positioning system allows them to hover or change speeds for greater accuracy. Besides selling the physical product, the company also offers a flight inspection service with Cursir specialists that provides reports to clients. The service can be planned for a period of time or delivered on demand. 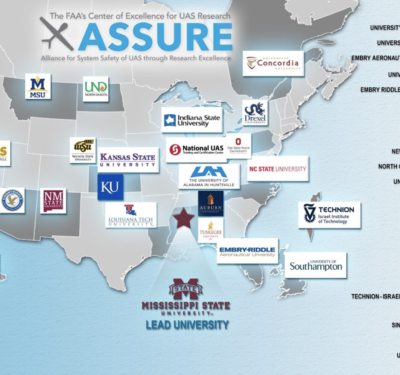 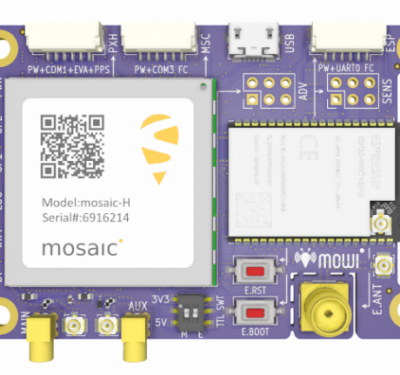 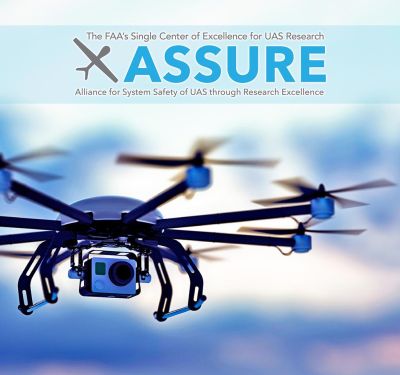