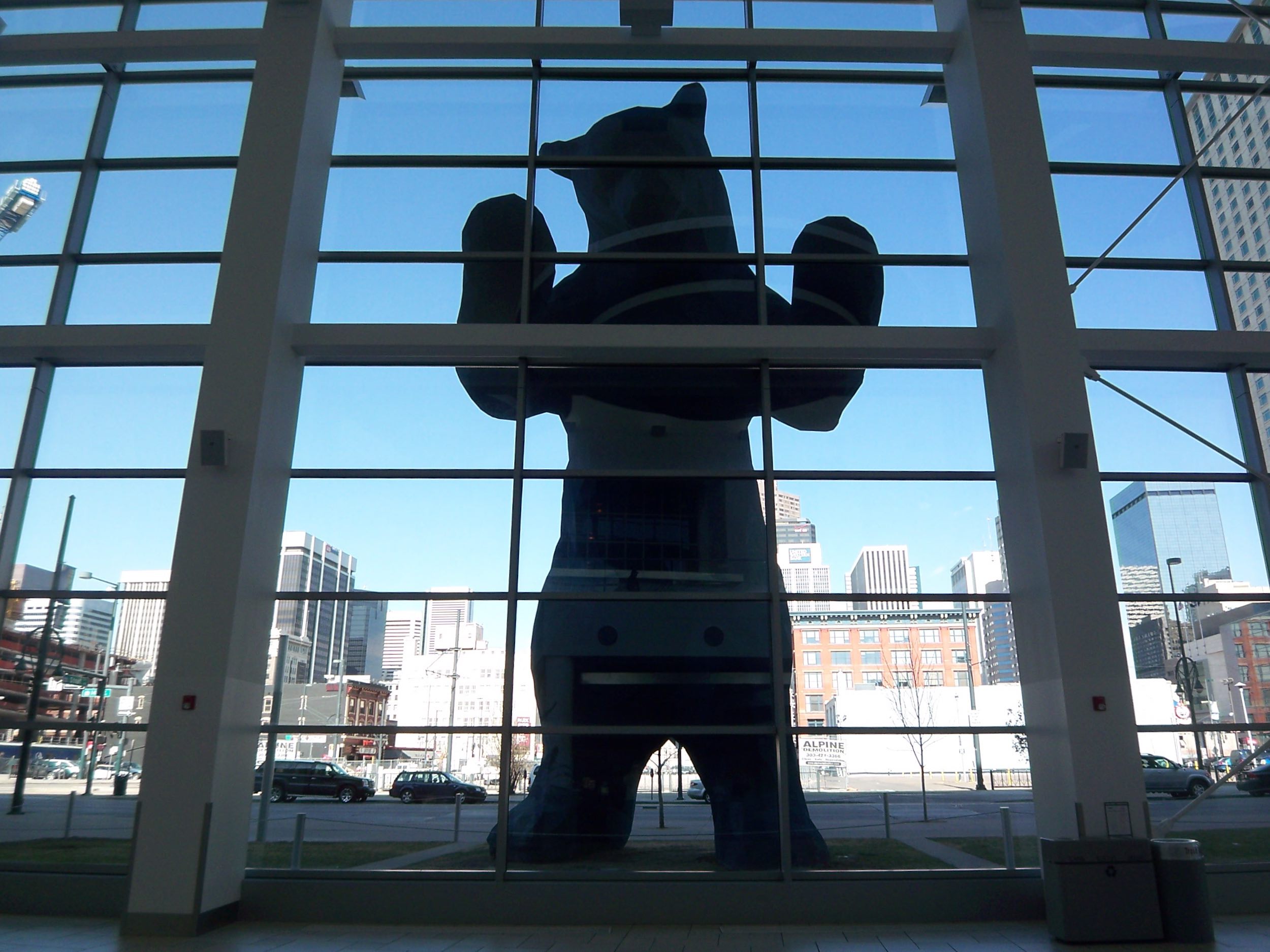 Congratulations! You’ve signed up for THE worldwide unmanned systems event. Everybody who is anybody in the unmanned systems business will be at Xponential 2018. There will be thousands of attendees to network with, hundreds of companies to visit, dozens of top-notch presentations to watch. How can you fit it all in?

Well, luckily the good folks at Inside GNSS and AUVSI have teamed up to bring you this guide on what to see at Xponential 2018. There’s a lot going on in the drone world this year and I’m going to tell you which issues to watch, what technology to monitor, and which companies to visit to get the low down on what’s going on with unmanned aerial systems (UAS). And before you ask, yes—I’m going to keep breaking things down into threes. If it’s good enough for the Church, the U.S. Air Force Squadron Officer School and the Lord of the Rings, I reckon I can’t go wrong making a trilogy out of this. 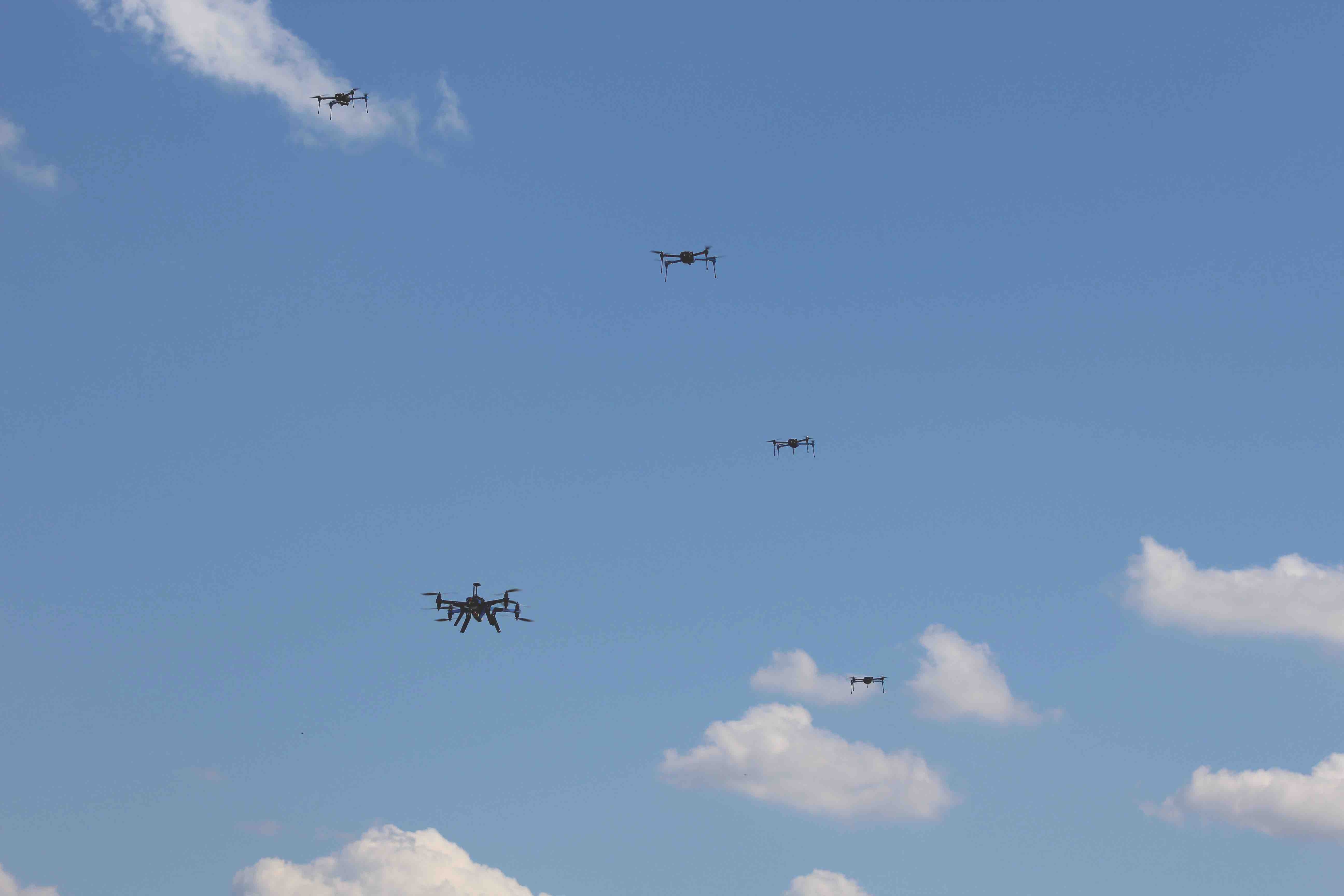 If you only watch one issue at Xponential, watch remote ID. Remote ID will impact everything in the drone world after the FAA, Department of Homeland Security (DHS), Department of Defense (DoD) and Department of Justice (DoJ) agree on remote ID regulations. Why is it so important? DHS, DoD and DoJ won’t coordinate on any new drone regulations until remote ID rules are in place. Remote ID is also vital to unmanned traffic management and counter UAS systems. Remote ID, done right, will make it much easier and safer to manage unmanned traffic automatically. Done wrong, will just add cost and complexity without safety and security.

What to See for Remote ID?

This is a bit prejudiced but start out at my panel “Remote ID: What Works and What the Federal Government Really Wants.” I’ll have a speaker from DHS to talk about what they need from remote ID and reps from the two major contenders for remote ID—radio beacon systems (ADS-B, WiFi, Bluetooth) and cellular systems. You might get a different perspective from “Whose Drone is That? Achieving a Balanced and Fair UAS Remote Identification Policy” with DJI. DJI wants to use remote ID embedded in their C2 link and they’ll raise a host of privacy issues with remote ID.

Questions to Ask for Remote ID

Ask the tough questions for remote ID. Why do we need it? What information will be broadcast? What legal and privacy protections can we expect for remote ID data? What’s the best technical solution? ADS-B? RF beacons? Cellular? Which UAS must have remote ID? More importantly, which UAS won’t have remote ID? 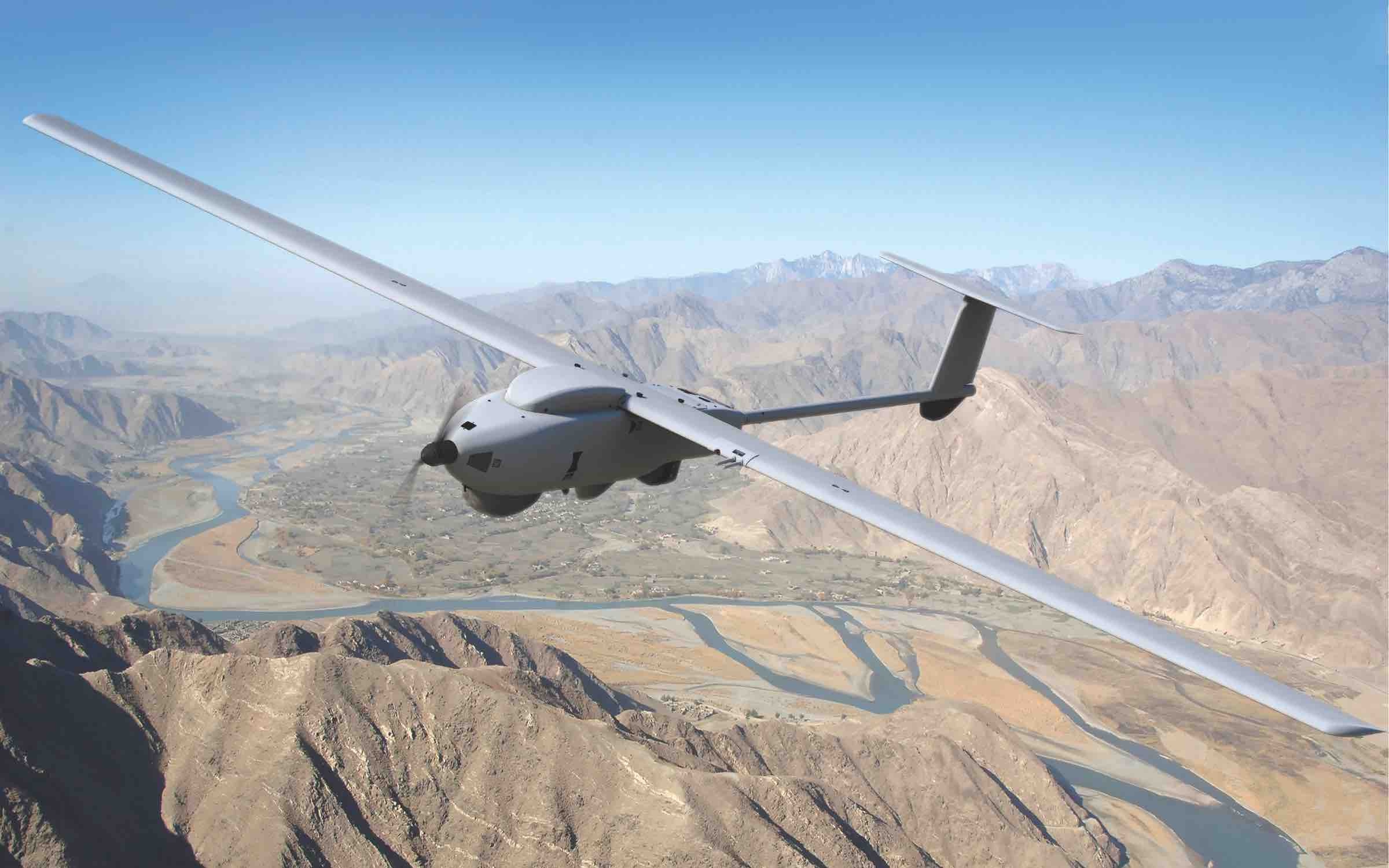 This is a fancy title for “Big Drones Flying Above 400 feet” and it’s the sleeper issue of this year’s show. Everyone has been paying attention to small drones flying under Part 107 rules, but few paid attention to The Big Guys (Boeing, Northrup, General Atomics, Textron, Lockheed, Rockwell, Raytheon, etc.) when they gathered at the FAA’s UAS in Controlled Airspace Aviation Rulemaking Committee in September. Call me crazy, but I think large UAS flying in controlled airspace will be big moneymakers long before the FAA figures out rules for small UAS.

What to See for UAS in Controlled Airspace?

Start with “Cooperatively Managed Airspace: Structuring E above A” led by veteran drone expert Andy Thurling (formerly at AeroVironment, now with NUAIR). Andy has all the players needed to cover this topic. Next hit up Gryphon Sensors’ Craig Marcinkowski’s “Destination Integration: UTM Integration—Achieving Routine BVLOS Operations and High-Altitude Autonomy.” The tough part about UAS in controlled airspace is getting up there. Gryphon Sensors’ radars provide a ground-based sense and avoid capability the FAA has already approved for Air Force operations. Finally, go see General Atomic’s Brandon Suarez in “Large UAS for Commercial Applications: Recent Advances in Large UAS Platforms, Technology, and Capabilities for Commercial Use.” If GA feels comfortable discussing large UAS in controlled airspace, you KNOW it’s a thing!

Questions to Ask for UAS in Controlled Airspace

Ask speakers for a timeline—when will we see the ARC report? When can we expect rules? What technology is the ARC considering? Is it the same technology the DoD uses (ADS-B, transponders, GBSAA radars)? Will there be airworthiness standards for flight in controlled airspace? How about training standards? Will there be a type certification for controlled airspace remote pilots? And finally, does this mean we can fly beyond line of sight—even beyond radio line of sight like the Air Force flies Global Hawks and Reapers?

IPP will either be the biggest announcement at Xponential or the biggest downer for the dozens of IPP applicants if the Department of Transportation delays announcing the winners. IPP is a President Trump supported program designed to jump start UAS integration by partnering state, local or tribal authorities with drone companies to figure out the toughest drone policy question—where does Federal drone authority end and local authority begin? Dozens of teams of applicants have been striving for one of 10 slots in this fast-tracked program since November and the FAA has a deadline of May 7th to sign agreements with the winners. The winners get a Memorandum of Agreement with the FAA and front of the line access for help with innovative ideas to get commercial drones flying over their localities.

What to See for IPP

IPP is a Presidential-directed program with Secretary of Transportation Elaine Cho in charge. Secretary Cho can’t make Xponential, but Deputy Secretary Jeffrey Rosen is confirmed to keynote on Tuesday and there’s a good chance he’ll announce the winners. You need to get a grip on the issues involved in local Vs Federal drone authority. I’ll bet “Addressing State and Local Issues Impacting UAS Regulation” by AUVSI’s own Tom McMahon gives you a great primer on the issues. If they do announce the winners before or during Xponential, you’ll need to do an audible and listen to sessions from the winners. Much of local drone integration revolves around operations over people, so sitting in on Greg Agvent’s “Working with the National Media and Their Local News Outlets” is a great idea. Greg can answer questions on CNN’s Pathfinder for operations over people. RADM (ret) Phil Kenul’s panel on “The Key Role of Standards in Support of Safe, Efficient and Economical Future UAS Airspace Integration” will address ASTM’s F-38 committee work on operations over people standards (if this sentence didn’t make sense, PLEASE go to the session. The Admiral will explain all.)

Questions to Ask for IPP

The first question is pretty basic for either DoT or FAA. What do the winners get? The FAA has been playing up IPP, but it’s still not clear how much help the winners will get in implementing their programs. What’s on the table for IPP? Rumor has it the FAA will address local regulation of some airspace below 400 feet. Can that possibly be true? Questions for the winners are: What IS your plan? Do you want to regulate any airspace below 400 feet? How will you address operations over people? Do you want local law enforcement helping the Feds enforce drone rules or just your local ones? How will you handle package delivery? How will you integrate with unmanned traffic management? What technology is key to your proposal?

The panels will give you a great primer, but you should take an in-depth look at the tech involved. No matter how you look at remote ID, whether we can use low power ADS-B as part of the solution is a major question. Hence, go see what MIT thinks about it at “ADS-B Surveillance System Performance and Possible Path Forward for Small UAS at Low Altitudes” with Michael Guterres. MIT has the only published study on low power ADS-B and it’s vital. Stop by DJI at booth 1022 and ask about their Sky Scope remote ID system. Unfortunately, the cellular industry doesn’t have any booths at Xpoential this year, but it’s a great idea to know the pros and cons of LTE remote ID. 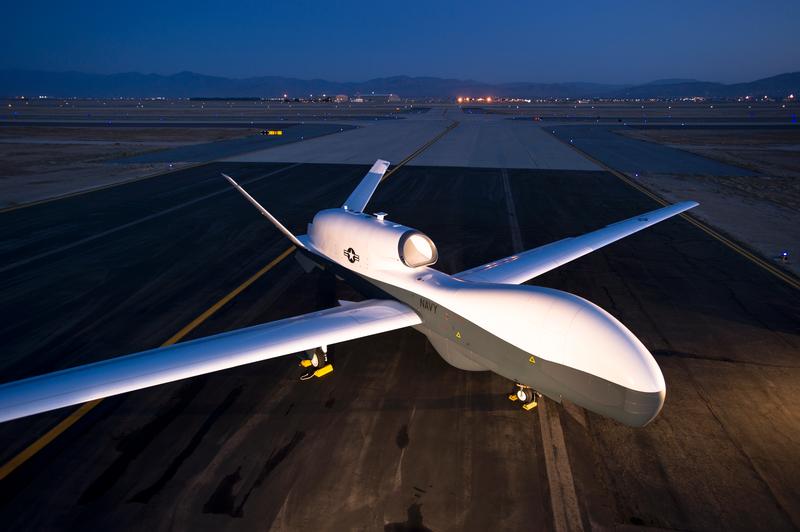 I know everyone promises every show that FAA-certifiable sense and avoid (SAA) technology is JUST around the corner, but no kidding—the UAS in Controlled Airspace ARC has me thinking it might be soon. Check out Gryphon Sensors at booth 1211. They’ve put a LOT of work into their ground-based radars for SAA. Airborne SAA is also well covered this year. Go to Ecodyne’s “MESA: Radar Vision for the Autonomous Era” panel for a great rundown on low SWAP (size, weight and power) radar airborne SAA systems. Northrup Grumman is always easy to find at Xponential, so swing by their booth 2623 to ask about airborne SAA on their MQ-4/Triton system. Make sure you ask GA’s Brandon Suarez about GA’s airborne SAA radar during his session.

I thought Part 107 would stimulate production of smaller, more accurate drone sensors, but I had NO clue we’d see this much innovation so soon. LiDAR is the “go to” 3-D sensor everyone thinks of first and there’s plenty to see from LiDAR. Check out these sessions for LiDAR updates: “Bringing the Power of Sight to Autonomous Machines: New Applications for LiDAR Technology,” “Integration of LiDAR Sensors with Drones: What Can You expect?” and “Mini is Mighty: Updates to the RIEGL miniVUX Line and RIEGL UAV Solutions.” Electro-optical/Infrared (EO/IR) 3-D has also made tremendous strides in accuracy and lower SWAP sensors. There aren’t any dedicated EO/IR sessions this year but stop by startup Visual Intelligence at booth 4031 to see their experimental sub-millimeter accuracy 3-D system. Of course, Intel Corp at booth 628 always has a 3-D imaging demo with their RealSense chips and their Falcon 8+ complete 3-D imaging solution. 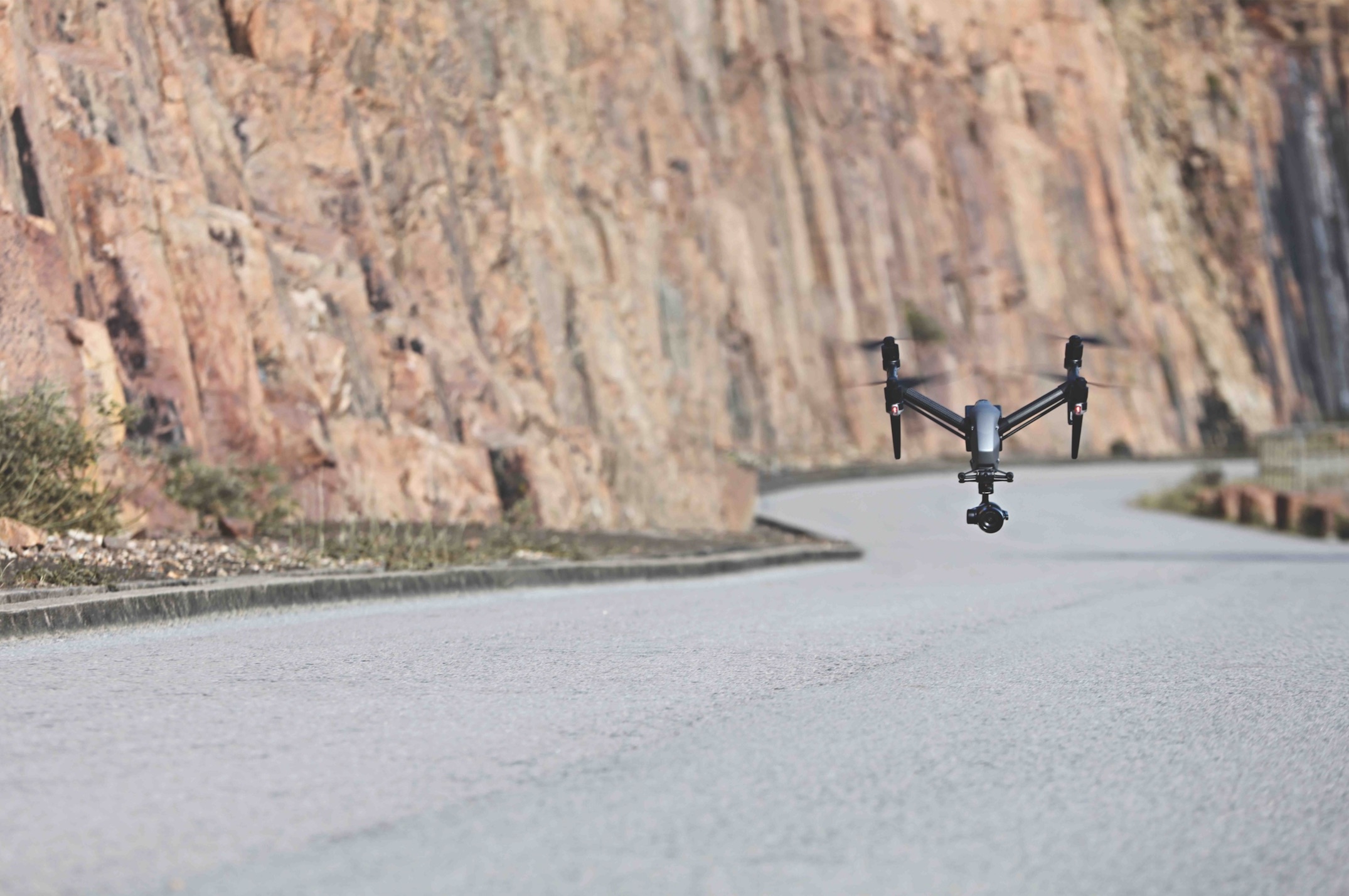 Gryphon Sensors: Booth 1211. Gryphon Sensors has its act together on three very important policy areas—remote ID, counter UAS and UAS in controlled airspace. There aren’t many large ground radar manufacturers left in the U.S. and so far, Gryphon Sensors is the only one to invest major R&D into drone-specific radar sensors. Their sensors work great for ground-based SAA and for counter UAS systems. They also do an excellent job of integrating their sensors with other types of sensors and a variety of remote ID systems.

The Bigs: Northrup (2623), Boeing (their subsidiary, Insitu, 1800), Airbus (3622), Lockheed Martin (3022) and Textron (2414) are all at the show. Go visit all of them and see if the UAS in Controlled Airspace ARC has changed their minds about getting into the American commercial UAS market. They’ve been VERY hesitant to delve into the small commercial market because FAA rulemaking for small UAS has been slow. The new ARC might just change their minds.

Intel Corp: Booth 628. The big question for Intel is “Will they, or won’t they?” Will they step into the consumer drone market and give China’s DJI a run for their money with American made drones? They’re the only American company who can take on DJI and win in the consumer market after GoPro and 3DR gave up. Intel is equally important for their swarming UAS technology and the RealSense 3-D imaging chips mentioned earlier. Intel may just be doing swarming drones for show now, but swarming software, sensors and artificial intelligence will be major enablers for the drone market in the near future.

There you have it. What to do, see and ask at Xponential 2018 all broken down into threes. My Sunday School teachers, Squadron Officer School Instructors and J. R. Tolkien would all be proud of me! 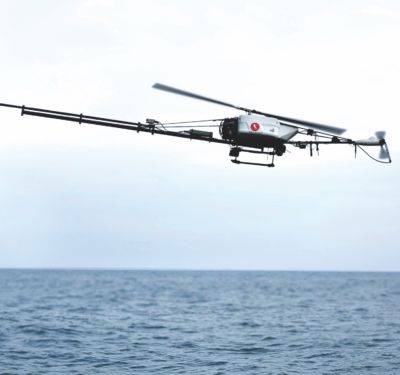 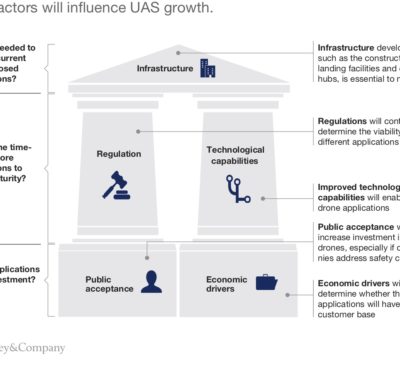