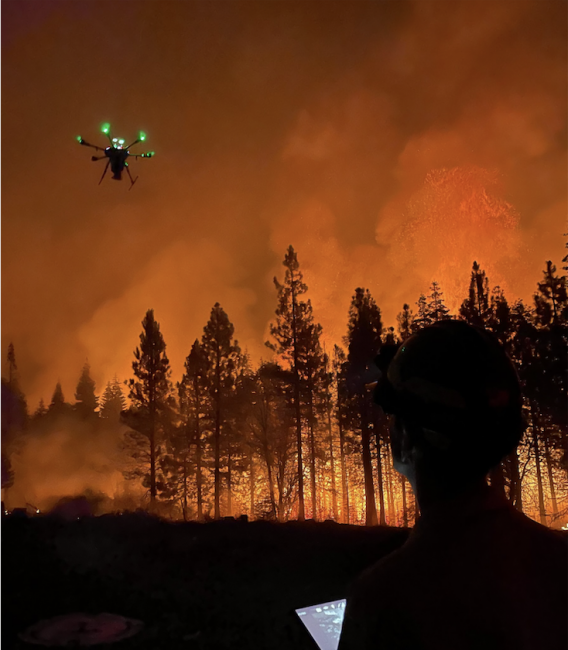 For 21 round-the-clock days at California’s Dixie Fire over July and August, clad in helmet and fire gear with 100-foot flames only a few feet away, Joe Suarez managed a video monitor, tablet app, controller and drone—all while keeping in touch with his crew and a firing boss, dealing with short-lived batteries and tasked with constantly refilling baskets of things called “Dragon Eggs.” Suarez is superintendent of the Arrowhead Hot Shots, a specialized unit of the National Park Service specializing in fighting wildland fires. His weapon of choice at Dixie: aerial ignition from drone platforms, a fast-growing approach to curtailing the flames.

By August 13, Dixie had consumed 540,581 acres including the entire town of Greenville, CA. Suarez and his crew are among the more than 6,000 people fighting the blaze in joint operations of the California Department of Forestry and Fire Protection (Cal Fire), The U.S. Forest Service and the National Park Service. In addition to planes, helicopters and forces on the ground; drones are playing an ever-larger role in the ongoing battle.

The word “unmanned” in UAS can take on a whole new meaning when fighting a massive fire. “The Forest Service has crashed four helicopters,” noted Dirk Giles, UAS Program Manager of the U.S. Forest Service and the point person in an interagency effort to unify airspace safety standards and train drone operators for fire and other disaster missions. 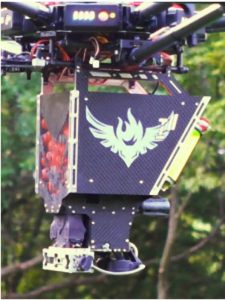 Dragon Eggs in a basket. Photo courtesy of Drone Amplified.

Which leads us to the Dragon Eggs, the tradename of small spheres of potassium permanganate which, when punctured and injected with glycol, burst into flame. They are part of Drone Amplified’s IGNIS system, which is mounted under a DJI M600 drone and launched in a firefighting process called aerial ignition.

Aerial ignition is a twist on an old firefighting strategy—backburning, which ignites a swath that the fire hasn’t yet reached to deprive it of fuel. Four hundred Dragon Eggs—nicknamed “ping-pong balls” by firefighters—sit in a basket and can be deployed rapid-fire or at whatever speed and intervals are needed to carve out the desired firebreak space. While aerial ignition has been done by helicopter, it is far safer to do it by drone.

“For me, it’s a true transfer of risk,” notes Suarez.

Firing Dragon Eggs isn’t the only function of drones in a fire. Drones are uniquely able to fly through smoke and use infrared equipment. They can find hotspots under the grass and provide safe overhead views. They can be deployed in minutes and can work during the night when weather conditions are more favorable than during the day.

At Dixie, Cal Fire, which has responsibility for state and private lands, has joined with federal agencies including the National Forest and U.S. Forest Service to create two operating zones, one overseen by federal and the other by the Cal Fire incident management teams. “They constantly coordinate with each other,” noted Mike Yearwood, an aviation management specialist with the U.S. Forest Service.

The federal operation uses a special government edition of the M600 which has been modified to address security concerns over DJI’s Chinese ownership. This version is the only DJI drone that can fly over federal property such as national forests. The federal drones are also the ones equipped with the IGNIS system, which they deploy over Cal Fire areas as well.

A Temporary Flight Restriction (TFR) zone has been created over the Dixie Fire area. No unauthorized drones are allowed within it and, in fact, if such a drone does enter the space, all aviation must stop and redeploy as a security measure. This can take up to half an hour, a significant delay in the face of fast-moving flames.

Within the TFR, an exception has been created to the rule that normally requires a drone operator to maintain a line of sight with the drone. In circumstances such as fire, where visibility is limited, a visual observer who is in radio contact with the pilot can be used, explained Rick Carhart, a Cal Fire spokesperson for the Dixie Fire.

In 2018, the FAA and other agencies such as NASA created a verified program of training, policy and procedures for what is, in effect, the national airspace for UAVs. Operators who have met the standards can fly drones in the same airspace as airplanes and helicopters during fires.

The promise of added safety and capability has led firefighting agencies to ramp up their stable of operators who understand and function under unified national standards. At Cal Fire, Jake Sjolund, deputy chief tactical air operations, was hired in 2019 to create and run the Cal Fire UAS program. “We formalized policy in March of 2020 and have been scaling since,” he notes. He adds that, since the California Camp Fire in 2018, “we’ve been able to train people to operate to a common operating plan” at fires such as Dixie. “We’re just in the process of standing up our UAS program,” Carhart added.

Sjolund works closely with Giles, who is spearheading a similar program on the national level, informally called the Interagency UAS program. Typically, training involves a weeklong basic class, then a second week dealing with fire or natural resources. After that, participants become trainees who have to prove their competencies. “Courses have been a challenge because of COVID and other considerations,” Giles noted. We’ve been doing three a year, but next year, we’ve scheduled 10.”

It’s hot out there—and creative use of drones is heating up to meet the flames. 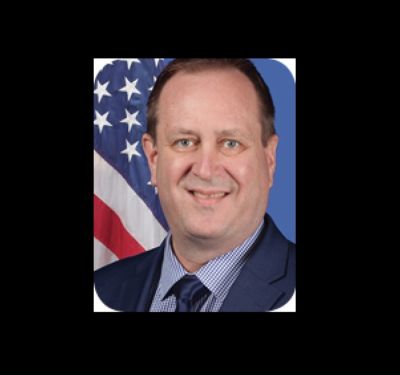 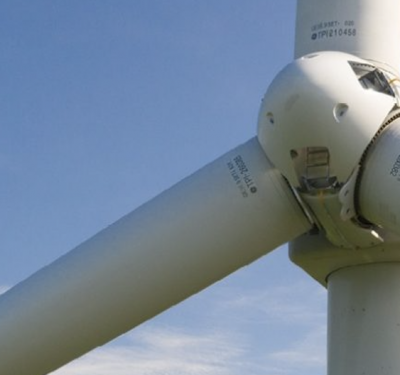 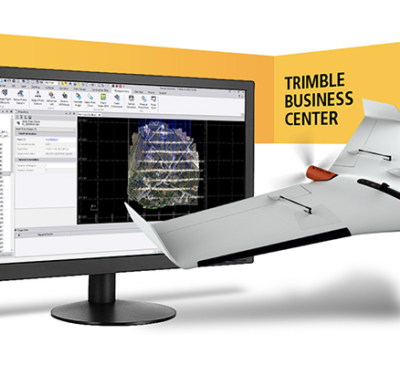 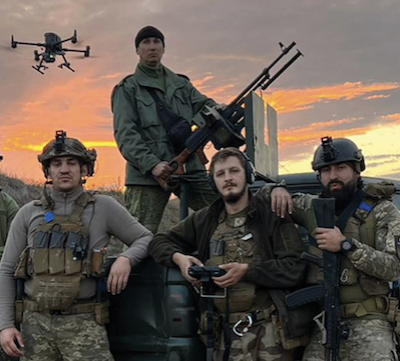