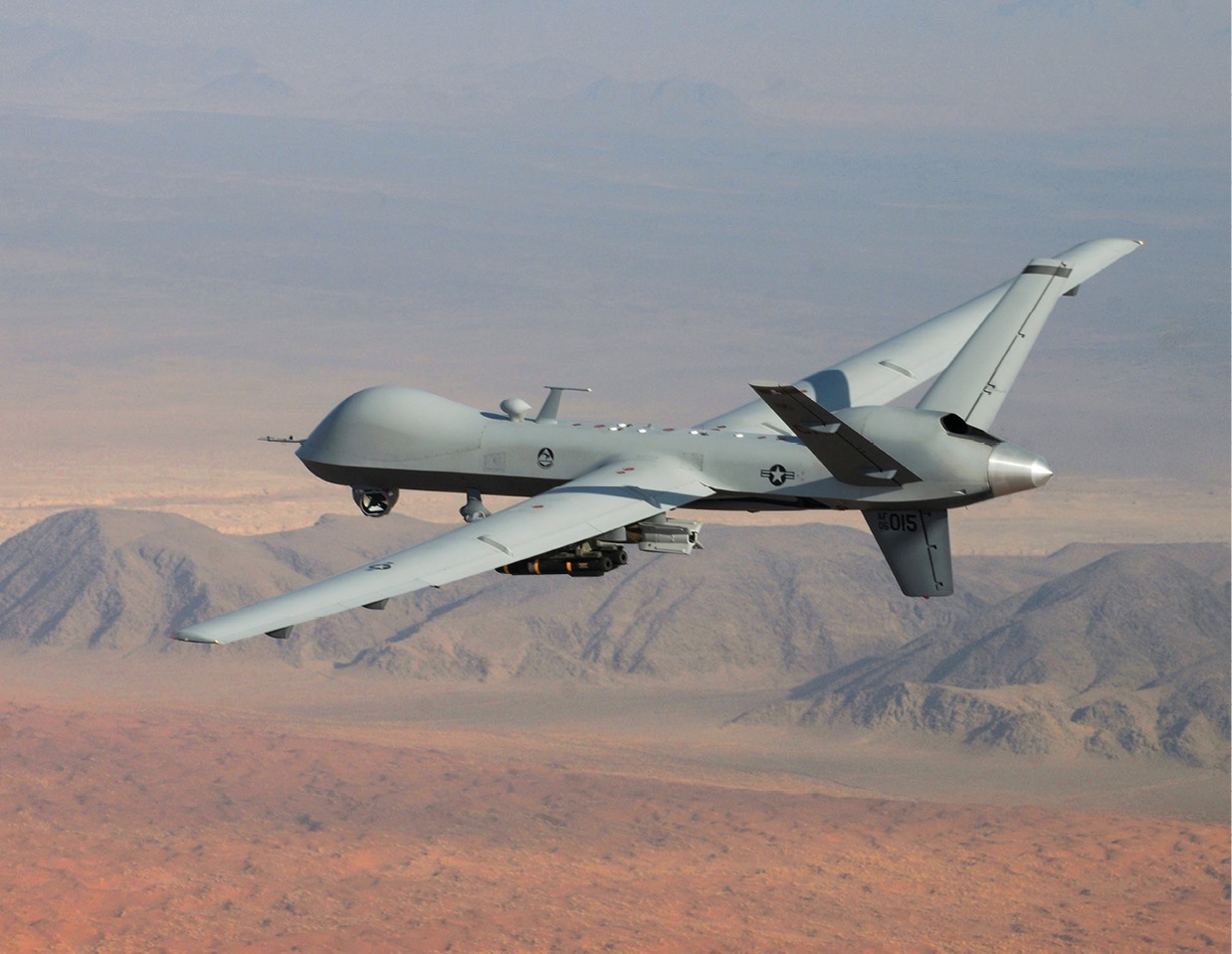 I’ve been hearing a lot of doom and gloom among the drone expert Twitterati over stalled rulemaking in the Federal Aviation Administration after the Unmanned Aerial Systems (UAS) Remote Identification Aviation Rulemaking Committee (ARC) gridlocked over allowing remote ID exemptions for hobbyists. The Twitterati rightly fear that stalled remote ID rules could spell doom for small UAS (unmanned aircraft system) operations over people and beyond line of sight (BLOS) operations.

I’m NOT hearing much about another ARC that’s been quietly working since November—the UAS in Controlled Airspace ARC. The UAS in Controlled Airspace ARC will focus on large (more than 55 lbs.) UAS operating in controlled airspace (i.e. above 400 feet). I’m hearing wonderful things about the expertise of the ARC members and their willingness to ask a key question when it comes to drone flight in controlled airspace: WWAFD (What would the Air Force do)? Finally, I hope, someone is looking to simply transfer directly into FAA rule making the procedures, training and aircraft equipage requirements based on the experience gained over millions of flight hours of Department of Defense drones.

What We Can Learn from the Air Force

Through the years, I’ve heard the same excuse to avoid adopting DOD drone procedures: “We can’t just ask WWAFD! Those military guys don’t have the same issues as civilian drones do.” Really? Let’s review the issues to solve before the commercial drone market is profitable and see if asking WWAFD will help:

1) OPERATIONS OVER PEOPLE: CHECK. The Air Force does this a LOT. True, they occasionally drop things from large drones on (bad) people, but they’ve never dropped a large UAS on people. The Air Force doesn’t drop drones on people because their drones meet stringent airworthiness standards, their pilots are trained to operate over people, their drones have automatic routines that steer them to safety if they lose link and their drones fly MUCH higher than 400 feet over people to give remote pilots a chance to glide away from people before crashing.

2) BLOS OPERATIONS: CHECK. The U.S. Air Force has been doing BLOS since their “Buffalo Hunter” reconnaissance drone program in the 1960s. They’ve been doing satellite communication (SATCOM) link BLOS since the late 1990s and SATCOM/Internet link Beyond Hemisphere of Sight (BHOS—I just made up that acronym) since 2001. Their remote pilots know how to deal with the link latency of these long distances, their drones know what to do if they lose link and they have WELL rehearsed procedures to switch from direct line of sight links to relayed SATCOM links. No kidding, they have millions of hours of well-rehearsed procedures. I ran the numbers once and even counting MQ-1/Predator combat losses, Predators are still safer than Air Force training aircraft per flying hour.

3) MIXED MANNED/UNMANNED OPERATIONS IN CONGESTED AIRSPACE: CHECK. If you look up “congested airspace” in the dictionary it says, “See Close Air Support (CAS) Stack over a Special Operations raid going bad.” Those Delta Force guys get what they want when it comes to air support and when the going gets tough, the tough ask for ALL their air support. A typical “SOF raid going bad” CAS Stack has the SOF (Special Operations Forces) team’s drones at 100ish feet, Apache gunships at 200ish feet, A-10s at 300ish feet, a manned reconnaissance aircraft (U-28 or MC-12) at a few thousand feet, an RQ-1 Shadow a thousand feet above the MC-12, an AC-130 gunship at 4,000 feet, an MQ-9/Reaper with weapons at 10,000 feet, F-16s at 12,000 feet, an MQ-9 with wide area sensors at 15,000 feet and an RQ-4 Global Hawk watching everyone at 60,000 feet. Everyone knows where to fly, and no one runs into each other, even though most of these guys are blasting the enemy with alarming frequency. Half of the aircraft in this stack don’t have pilots and only one of those drones is flying within line of sight of their remote pilot.

4) MIXED MANNED/UNMANNED OPERATIONS IN GROUND OPERATIONS: CHECK. This one is tougher than air operations, but the Air Force pulls it off. Drones and manned aircraft have been operating together safely from bases in Southwest Asia for 15 years. True, it was rough in the beginning. Air traffic controllers kept calling for a ground stop every time a drone taxied out of its shelter, fearing a ground collision between drone and manned aircraft. Eventually, controllers learned to treat drones just like other aircraft that required special taxi procedures. Controllers give giant C-5 cargo aircraft wide separation from smaller aircraft because C-5s can—and have—flipped lighter aircraft with their engine exhaust. MQ-9/Reapers taxi out like manned aircraft with minimal separation because MQ-9 remote crews use their superb sensors to watch for ground collisions. RQ-4/Global Hawks get wide separation because they taxi using GPS guidance and don’t have sensors that let them see well on the ground.

6) TRAINING: UNCHECK. Training will need some work. It’s one area where you just can’t transfer Air Force procedures and expect them to work for civilians. AF training standards can help, but they won’t translate well to the FAA’s current unmanned training plans. I’m a huge fan of creating type certifications for drones. Kansas State University, which is part of the FAA’s ASSURE* research consortium, is working on a proposal that includes drone type certifications for large UAS and BLOS operations. These certifications would be more like manned aircraft with “demonstrated proficiency” (i.e. flight school) being required versus just the computer testing as currently required.

So, what does all this mean to the drone industry? It means large UAS are about to become much more profitable than small UAS.

The Advantages of Large UAS

Small UAS still have a tough path ahead to BLOS operations. Small UAS can only fly below 400 feet currently and there’s a lot of things to run into at that altitude—manned aircraft, buildings, towers, birds, balloons, kites, power lines and, of course, other drones. Aircraft in controlled airspace only have to worry about the occasional REALLY dedicated bird, intruding/uncooperative manned aircraft (guys who aren’t supposed to be there or who don’t have the right navigational equipment) and a weather balloon every now and then. Look at that CAS Stack I mentioned before—the only aircraft below 400 feet are the small UAS and aircraft (Apaches and A-10s) with the armor to survive everything you can run into below 400 feet. Everyone else does just fine above 400 feet.

True, a large UAS isn’t going to drop packages at your front door or take sub-centimeter images of your roof. Large UAS will do great distributing packages to the 20,000+ airports and heliports in the country, though. I’ll wager the number of heliports will soar once corporations realize they can deliver straight to stores if they’re willing to trade some parking spaces for a large drone landing pad. High-resolution imagery is a solvable problem. Do you need better resolution from your drone flying at 10,000 feet doing precision agriculture over the Mississippi Delta? Get better sensors. You’ll make money in the long run because a single BLOS drone flying over the Delta can do the job of literally 1,000 small UAS. And it can do it much cheaper than a manned aircraft.

I hope that all I’m hearing is true and the UAS in Controlled Airspace ARC IS moving fast. It won’t happen overnight; rulemaking is a 2-3 year process. But I have faith it will happen soon. I just might start a crowdfunding campaign to buy WWAFD bracelets for the ARC if it will help things along! 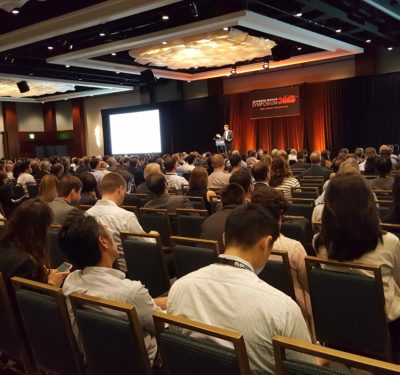 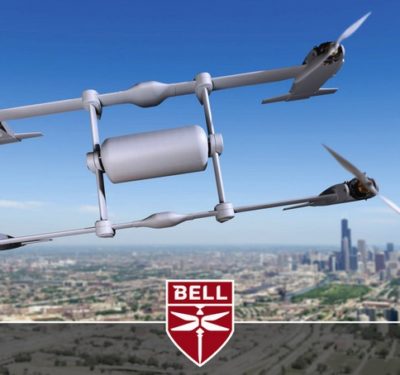 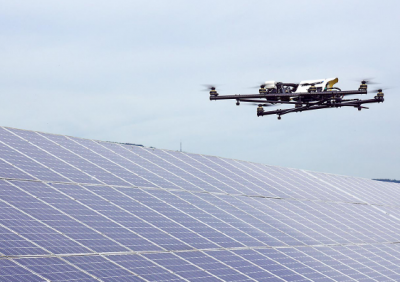 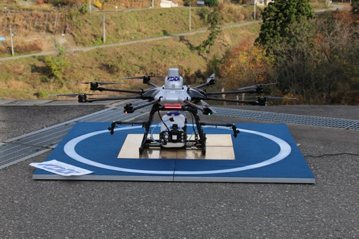