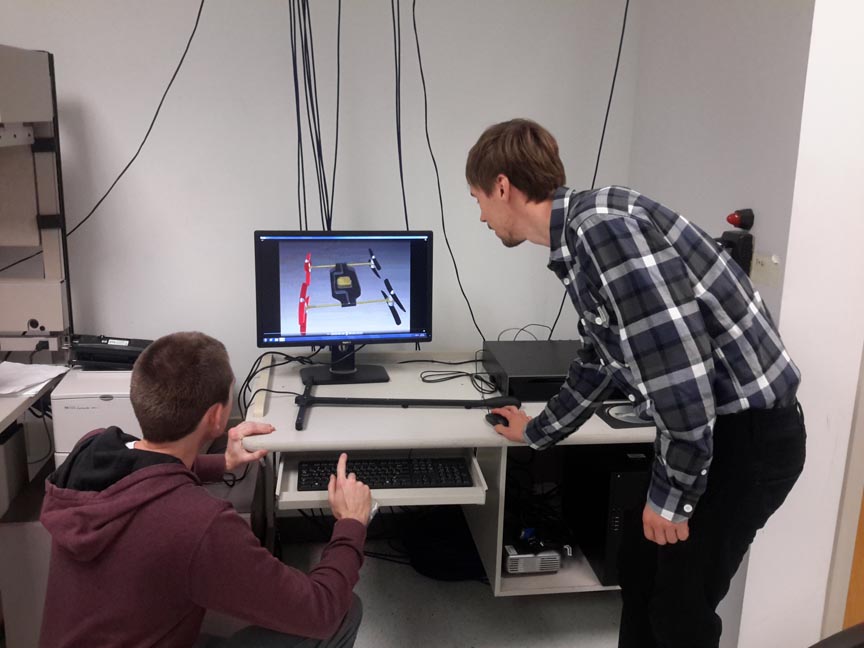 UT-Corpus Christi students Ian Gates (left) and Christoph Hintz assemble the hardware and sensors that will be tested in the first prototype.

Imagine an unmanned multi-copter that doesn’t just fly horizontally, but that has the capability to fly vertically as well.

This UAV would have the ability to transition from the horizontal orientation most rotor drones fly in, and rotate its body to a vertical orientation, offering access to tight and irregular spaces conventional drones just can’t reach—a capability that could drastically improve search and rescue efforts in collapsed buildings.

While this multi-copter isn’t available yet, the team in the Unmanned Systems Laboratory at Texas A&M University-Corpus Christi is working on making it a reality. Led by Professor Luis Rodolfo Garcia Carrillo, the team of six students has been working on creating this multi-rotorcraft prototype since March—which will come complete with eight rotors instead of four—and hope to have something ready to fly by May or June of next year.

“Most of our work at this point is theoretical,” says Garcia Carrillo, the director of the school’s Unmanned Systems Laboratory. “We’re working on simulations and development of a 3D model to verify how the vehicle moves when performing the morphing.”

The ability to fly UAVs through narrow spaces will give emergency responders a huge advantage during search and rescue missions in collapsed buildings, Garcia Carrillo says. They’ll be able to fly the UAS through narrow door openings and small windows, and from there it can detect sources of heat through its infrared camera—information that will tell emergency responders exactly where to find trapped victims.

A radio frequency sensor will also help locate victims via their cell phone signal, giving emergency responders another way to quickly find and get to people trapped inside a building.

Garcia Carrillo also sees this UAS providing useful information during a forest fire. Not only will its infrared sensors be able to detect hot spots, its ability to morph will enable it to fly through trees and navigate through narrow spaces, areas conventional aircraft just can’t get to.

What Makes It Different

Not only will this UAS feature a servomechanism to enable the rotation of the body of the platform, it will feature eight rotors instead of four. This will allow the aircraft to continue to fly if a rotor fails during a mission, Garcia Carrillo says. If a rotor fails on a conventional aircraft, there’s nothing that can be done to retrieve the vehicle.

The extra rotors will potentially burn through a lot of power, and that means the team will need to make this UAS as energy efficient as possible, Garcia Carrillo says. 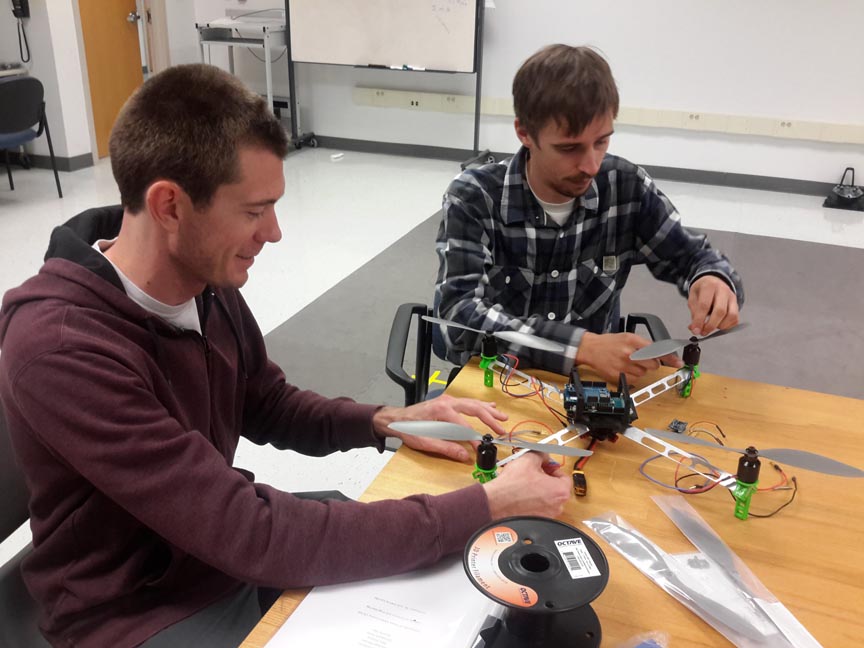 UT-Corpus Christi students Ian Gates (left) and Christoph Hintz review the characteristics of the 3-dimensional computer-aided design prototype. The experimental prototype should look and work like the 3D model.

This team faces hurdles in developing both the hardware and the software for this prototype, and Garcia Carrillo says creating the system that rotates the vehicle from horizontal to vertical is the most challenging, yet most critical, component to making this UAS a success.

“You need a control algorithm and a computer program that will generate signals to make the vehicle rotate,” Garcia Carrillo says. “One challenge we face is keeping the inertial sensors horizontal so they continue to work properly. The body will rotate, but we need to find a way to keep the sensors horizontal.”

Once the prototype is finished next spring, the team will make any necessary improvements and begin testing the vehicle’s performance, Garcia Carrillo says. They plan to evaluate the prototype in a university testing facility that can simulate an indoor disaster situation.

“This indoor testing area will have walls and small doors and windows,” Garcia Carrillo says. “We’ll be able to see how it performs in a realistic environment.”

Right now, the team is looking for funding to help them complete the prototype and to eventually make any necessary improvements to the prototype once it’s complete. The ultimate goal is to attract enough money and interest to turn this vision into a commercially produced reality.

This UAS will need to be as light as possible—probably between 1.5 and 2 kilograms, Garcia Carrillo says. It will be able to carry a high definition camera, a radio frequency sensor, and an infrared detector. These on-board sensors will be selected according to the requirements of the mission. They’ll also need an efficient wireless communication link between the UAS and a Ground Station Computer.

Before that, the team has to create the prototype and prove that it works. Garcia Carrillo hopes to present the first experimental results at the next International Conference on Unmanned Aircraft Systems in May—a year after the team presented the initial idea at the same conference.

The team is working hard to make that happen, and Garcia Carrillo is excited about not only the learning opportunity this project presents for his students, but also what this aircraft could mean for the industry and society. 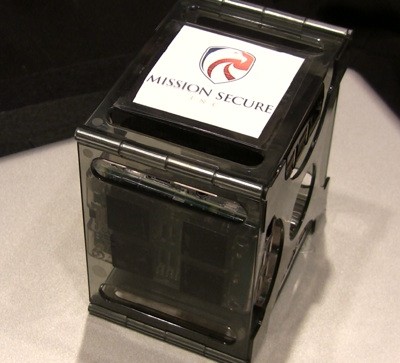 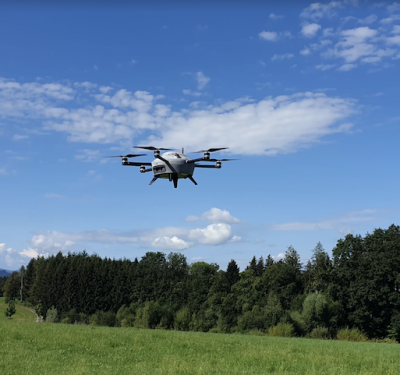 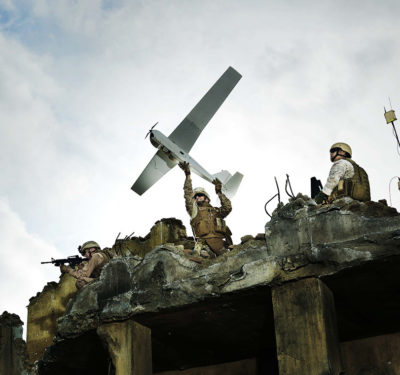