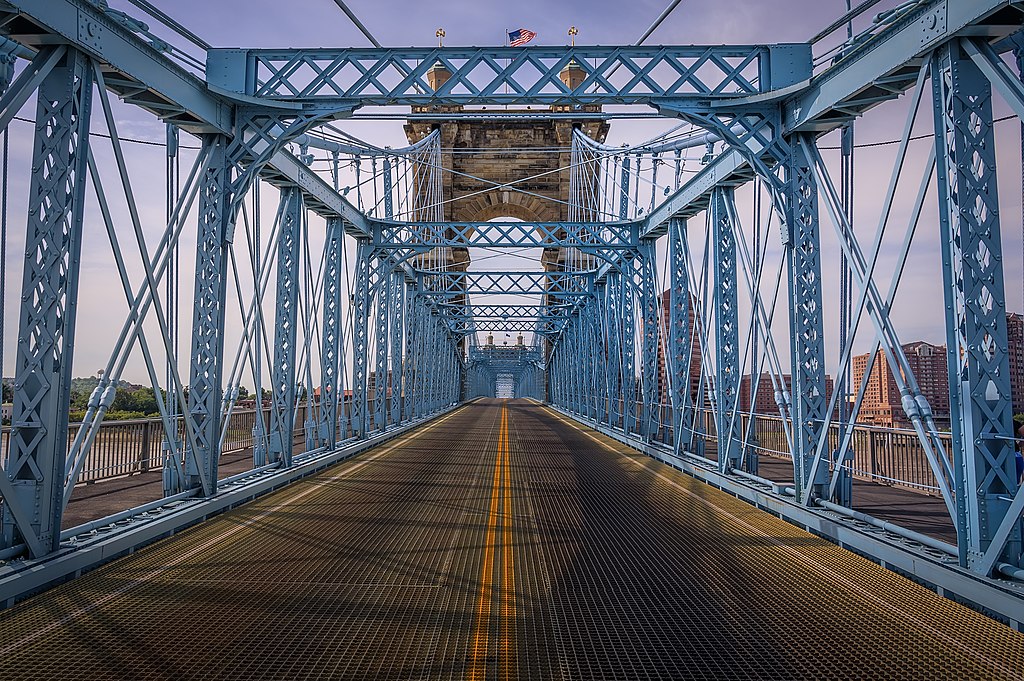 “Finally,” President Biden said on Saturday, “Infrastructure Week!” And now, with the passage of the massive $1.2 trillion dollar “Infrastructure Investment and Jobs Act” by the U.S. House of Representatives (the Senate passed its version in August), there is much for commercial drone makers and users to pore over as they contemplate potential applications, innovations and projects.

Adding to such optimism is the fact that Secretary of Transportation Pete Buttigieg, who will oversee major aspects of the bill’s rollout, has been supportive of unmanned and other cutting-edge technologies. As major of South Bend, Indiana, for example, Buttigieg worked with the University of Notre Dame to help make the city a test center for drones and wireless cars.

IUS scanned the act’s sections to assess some of those possibilities.

The act allocates $110 billion for roads, bridges and major infrastructure projects. (Note that, because the act includes specific grants and specific numbers, categories and figures may overlap.)

Last year, USA Today noted that 21.8% of the nations 4.09 million miles of roadway are in disrepair. UAVs are already in use identifying faults ranging from cracks to crumbles, and it is likely local and state governments across the country will be expanding their capacity. There is also the possibility of a rise in robots using sensor and GPS technology similar to that in self-driving cars, mapping routes and changing conditions during road construction and repair.

USA Today further identified that 7.6% of U.S. bridges need fixing or replacement. In addition to highway funds, the act allocates $3.3 billion for investment in bridges. Here too, drone systems can play a role, whether by generating 3D maps to suggest parts replacement or inspecting very tight spaces. Unmanned underwater vessels are examining bridge substructures such as footings and piles, as well as assessing danger from sand or gravel erosion during high-flow events.

In a unique aspect of the act, $1 billion is allocated to the Reconnecting Communities Pilot Program and related projects to address communities that have been split by highways and other infrastructure.

Drones are already in use in highway construction and these projects—whether they involve redesigning street grids, or creating tunnels or bridges—are likely to need fine-tuned survey data.

Traffic issues are addressed through almost $2 billion over five years. Drones already provide overview images of traffic and could be used to survey congestion and potential rerouting solutions.

$2 billion is aimed at rural surface transportation grants. Numerous UAVs are ideal for surveying areas where there may or may not be accessible roads.

The act also provides for pilot programs aimed at safer wildlife crossings and mitigation of wildlife-vehicle collisions. Wildlife movement through forests and fields can be better tracked by UAVs than by people on foot or in cars.

The act authorizes both $147 million for highway research and development and $110 million for highway-related technology and innovation deployment for each year between 2022 and 2026, so it is likely that projects leading to improvements in all these arenas will be in the offing.

According to the U.S. Department of Transportation last year, there are almost 140,000 miles of freight railroad tracks in the U.S., 70% of which is owned by other railroads. Amtrak itself operates a 21,400 mile network. There are also some 61,000 Class 1 bridges. In addition, major municipalities run rail systems.

The Federal Railroad Administration requires tracks and sidings be manually inspected weekly for defects and structural integrity, and bridges yearly. Since around 2015, railway systems have been using drones to help with the load. Drones are able to survey dangerous areas and cover more area than people on foot, and there is ongoing room for innovation in payloads that can see better and drones that can move better in more difficult conditions. BVLOS waivers can accelerate UAS use.

While freight upkeep is largely funded by private shipping fees, passenger rail needs public investment, which has been lacking up until now.

Drones are already in use involving disaster surveillance such as derailment of passenger trains, and are in the early stages of ongoing track surveillance. There is room to develop both new equipment and software, including artificial intelligence pattern recognition algorithms, to make tracks safer for both passengers and freight.

With significant amounts directed toward grid improvements, drones can play an integral role in surveying, construction and inspection, as new power lines with higher capacity are created and old electric grids are replaced. Potential grants include research, transmission and creation of power lines, and there is likely to be drone activity in site and damage inspection, and building activity. Recently in Inside Unmanned Systems, columnist Dawn Zoldi pointed out how energy companies commonly use drones for GIS (Geographic Information Systems) data collection.

The act includes provisions for enhancing disaster mitigation such as enhancing resilience of highway systems, bridges, walkways, bicycle lanes and associated infrastructure, such as culverts and tide gates. It also includes provisions to enhance evacuation routes. UAS can bring precision sensors to bear to survey potential need as well as mitigation of potential threats.

Nuclear power program credits, hydroelectric production incentives and solar energy support on former mining land are included. In recent years, drones have been developed that can carry out dangerous monitoring of nuclear facilities, and drones can be used to inspect dams and solar energy installations. As more projects are funded, it is likely that newer and more specific payloads will be developed.

Unmanned systems are specifically mentioned in a section on research and innovation. SMART (self-monitoring analysis and reporting technology) grants will look favorably on using UAVs to support transportation safety, and efficiencies, including traffic monitoring an infrastructure inspection. 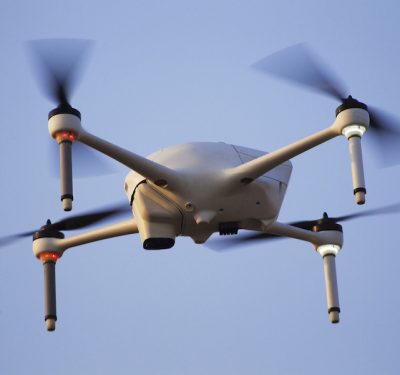