Smaller and cheaper, yet interoperable and effective, Air-Launched Effects are expanding the Army’s reach and power. One company details the process for small-UAS performance and acquisition.

With their long fixed wings suggesting small-scale U-2 spy planes, a group of ALTIUS 600s took to the skies over Utah’s Dugway Proving Grounds. Participating as part of EDGE22—the Experimental Demonstration Gateway Exercise that’s sponsored by Army Futures Command’s Future Vertical Lift Cross-Functional Team—four of these mini-Blue Angels flew in formation during the April-May exercise, demonstrating the viability of swarms.

“We had some fun,” Nick Alley, CEO of ALTIUS manufacturer Area-I, recalled. “Because of our open architecture, our engineers were able to come up with those algorithms within about two-and-a-half weeks from paper napkin to flight test.

“I was the one to fly it,” Alley said. “Doing an echelon, I was able to shift them over to a left echelon. Then we did a V. We were able to launch within 10 to 15 seconds of each other; we could have gone faster but we wanted more safety.”

“These efforts,” a spokesperson for the Army’s PEO (program executive office) Aviation told Inside Unmanned Systems, “show the quickly maturing nature of ALE technologies, as well as the importance currently placed on them by the Army.”

THE WHY OF ALE

Technology has been the U.S. military’s edge. At the same time, the cost of sophistication can limit how many systems can be deployed even as legacy craft cry out for replacement. In a world of multipower threats, being spread thin has become a risk.

But technology also offers an effective, asymmetric solution to adversarial threats. Advances in sensors, comms and airframes are producing a new generation of small, low-cost and attritable drones, loitering munitions and ground-fired UAVs. These can reinforce the Army’s commitment to Multi-Domain Operations against near-peer adversaries.

ALEs consist of an air vehicle, mission systems and payloads (plus support equipment), to be used alone or as part of a team. They are being tested across the military, with the Army’s Future Vertical Lift (FVL) Program looking to ALEs to extend the lives of its long-in-the-tooth helicopter fleet and bolster the capabilities of current aircraft.

FVL is a “system of systems,” and ALEs will support the Army’s Future Attack Reconnaissance Aircraft (FARA), providing intelligence to a mother aircraft and also engaging foes.

An Army fact sheet summarizes their impact: “They will provide scalable effects to detect, locate, disrupt, decoy and/or deliver lethal effects against threats.”

Similar teaming effects will also empower the service’s Future Long-Range Assault Aircraft (FLRAA), which could replace the now-venerable Black Hawk helicopter. The Army also is looking to deploy ALEs from trucks and other ground-based launchers.

Area-I’s Alley roundly endorsed the ALE concept. “You can have them stand off a distance, before they come in, soak the target for a while to see things,” he said. “That, in a nutshell, is what Air-Launched Effects do. It allows the human beings to stand off. But it also takes our existing platforms, our expensive platforms, these assets that we spent millions of dollars on, and it allows them to…continue to function in environments that they wouldn’t be able to function in.”

An Army program that’s garnered much attention is ALE-S, or ALE-Small. “Definitions are still being defined and refined,” the Army reported. “The current working definition is ALE is under 100 pounds,” with a speed put at 30 knots and a range of 100 kilometers, with plans to extend both. Currently, ALE-S has three elements and four participants. “Air vehicle, mission systems and payloads remain the component boundaries for the ALE prototyping effort,” the Army spokesperson told IUS. “The air vehicle participating in the ALE System integration is the ALTIUS-700 developed by Area-I. The mission system for this ALE-Small will be the Rapid Edge™ developed by Collins [now a division of Raytheon Technologies]. And this integrated effort will include a payload developed by TSC and a payload developed by Northrop Grumman.”

(A parallel ALE-Large effort is underway to develop a 100 pound-plus system with a speed and range put at 70 knots and 300 kilometers. “Six specific air vehicle characteristics will define the difference,” the spokesperson stated, organized around weight, combat range, payload, and various launch/operational airspeeds and altitudes.)

Alley offered an intriguing view of the air vehicle’s role in this confederation. “ALTIUS can be looked at basically as a flying Wi-Fi router. If the military wants to put their own computer in and take up payload space, they can do it. If they want to add additional radios and the pieces Collins brings to bear with their mission system, ALTIUS is already designed to carry that. If the government wants to have their own space up in the nose, that’s their priority. We’ll provide a massive amount of power to that payload.”

Two years ago, $30 million was assigned to 10 providers. As noted, the current field has been narrowed to four, but the idea remains the same—what might be thought of as “the three Ms”: multiplatform, multidomain and MOSA, the modular open systems approach designed to cut through any “not invented here” obstacles.

Interoperability markers already have been notched. In January, Collins Mission Systems flew while “physically integrated into the ALTIUS-700 air vehicle,” a Collins release said, “underscoring the ability to deliver a solution in line with the Army’s FVL schedule.” RapidEdge “successfully executed tactically relevant ALE behaviors while communicating via a cross-domain multilevel security solution.” This “enables multiple ALEs to act as a cooperative team with complementary capabilities while simultaneously reducing pilot workload.”

Speaking from Atlanta, Area-I’s Nick Alley was jovial, as befits a CEO who successfully sold his company to autonomous technology provider Anduril Industries last year and now operates as a wholly owned but branded subsidiary. Anduril, “a huge asset, gives us that capital, that muscle to grow. What was said, again and again, was, ‘What you have going on is working.’”

AREA-I produces a growing family of common tube-launched ALEs that can be fired from air vehicles such as the UH-60 Blackhawk and several C-130 variants, as well as from land and sea platforms. “ALTIUS is launching from everything—you name it,” Alley said. “We can hand-toss an ALTIUS from the side of a paratrooper door, and we can shoot it out of a PILS [Pneumatically Integrated Launch System]. That’s our secret sauce.”

The first number in each ALTIUS variant refers roughly to the diameter of the fuselage. The ALTIUS 700 weighs up to 65 pounds, has a range of 310 miles and an endurance of up to 5 hours. It also carries 300% more payload than its predecessor 600 model, and features automatic mission planning. “We were able to demonstrate incrementally all the pieces,” Alley said about the ALTIUS series, “so that the government knew that this was not a ‘5-year-away’ or a ‘10-year away’, that this was a today thing. The technical feats we mastered in launching from a helicopter and losing very minimal, if any, altitude, being able to carry large payloads for sufficient amounts of endurance, that made them useful.”

In 2011, AREA-I secured a Small Business Innovation Research (SBIR) grant from the Air Force Research Lab (AFRL). By 2015, it was flying an ALTIUS 600 from a Beech Bonanza over Fort Benning. In 2018, Alley responded to a young engineer out of a technology development program. “I called them because we wanted to throw stuff off helicopters. We did our first launch off a helicopter from high altitudes in, I think, the fall or August of 2018, and low-altitude launches in March of 2020.

“We flew four 600s from the back of a Black Hawk, swarming from a single operator way. And what we were seeing was that we needed more payload. So we did all the aerodynamic design, did modeling and such for the 700. For example, the wingspan was increased from 9 feet for the 600 to 12 feet for the 700. “It was to say, ‘Hey, this is generally a sweet spot in size and design. You get a massive bump in payload, but you still get a significant amount of endurance.’ We kind of continued that development of the ‘7’ on the side, and then when the OTA [Other Transaction Authority] came out for the air vehicles, we went in earnest and delivered the end product.”

Modularity was a problem back then, Alley recalled. “When we submitted in 2011, one of the primary pieces was a modular payload, a nose that could be removed and swapped out for anything you wanted.” But proprietary providers were leving what he saw as exorbitant charges or not allowing software or datalink changes.

“I took that to heart,” he continued. So, in 2016, when AREA-I was redesigning ALTIUS’ avionics, he put two computers onboard. One was for primary flight control. “The second computer now houses our autonomy algorithms, and also our open interface. Anybody who gets that open interface can then communicate however they want to with ALTIUS.

A second OTA is imminent, with two payload, one mission system, one AV and one ALE integrator envisioned to vie for an OTA 2 Award. Given the broader commitment to ALE, “any vendor is free to compete for future ALE contracts, whether they are part of the prototyping effort or not.”

System integration efforts are scheduled to continue through 2024. The current effort is a Rapid Prototyping Middle Tier of Acquisition (MTA), which is designed to streamline the legislative process for deployment. The Army has identified an airborne carrier for the selectee. “The current Rapid Prototyping MTA will result in a prototype ALE-Small capable of carriage and launch from a Grey Eagle host platform in FY24.” Produced by General Atomics, the MQ-9C Gray Eagle is a medium-altitude, long-endurance UAS that updates the MQ-1 Predator. An ALTIUS already has been launched from this platform.

As with many major military decisions, “rapid” is in the eye of the beholder. User evaluations and industry assessment will further develop the program, including the joint warfighter Project Convergence 2022 this fall. “It could lead to many different paths,” the Army spokesperson said. Based on the demonstrated capabilities of the prototype ALE-Small, the service “could choose to transition to a Rapid Fielding MTA, a Major Capability Acquisition or both.” “Alternatively, the Army could decide to transition ALE to a Major Capability Acquisition that would not field until a later date, or perhaps even both.”

Whatever the eventual flight plan, ALEs and interoperability are bound to become part of the Army’s arsenal. 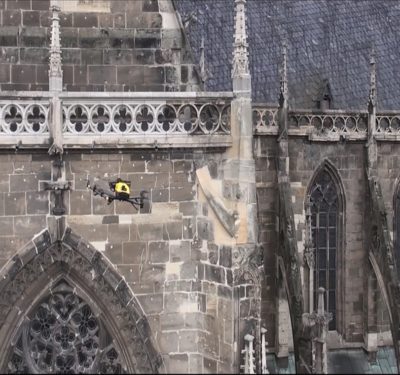 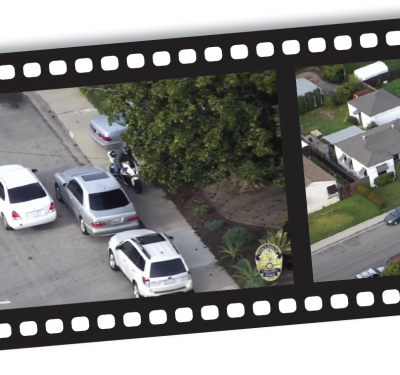 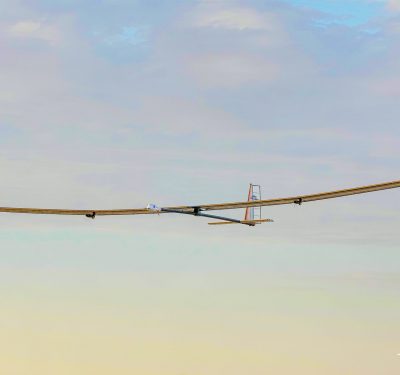 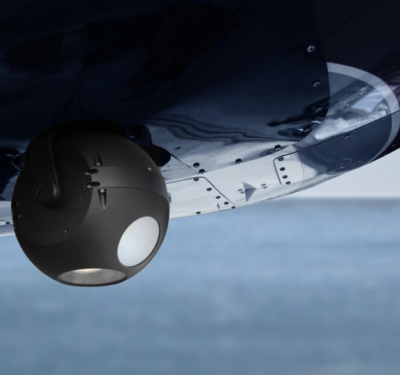