Bottom line up front: I don’t have a sweeping, definitive answer to this question and anyone who says they do must have a time machine hidden somewhere. When I think back to the Kosovo Air War in 1999—when we first flew drones beyond line of sight (BVLOS)—I remember a whole lot of missed predictions: Drones will never replace manned aircraft. Drones don’t offer any sensor advantages over satellites or manned recce (reconnaissance). Drones will never be reliable enough to use in critical operations. Today, Air Force drones have replaced squadrons of manned aircraft, offer 24-7 target coverage at a resolution satellites can never match and are the most reliable aircraft in the inventory.

Air Force predictions were so bad because they had no experience with systems that could hover over a target for weeks to deliver a missile with precision right when the target was vulnerable. Up until the Predator, airmen had two choices for recce–either a handful of satellite passes per day or shots from a U-2 flying 15 miles high and 100 miles from its target. The Air Force didn’t know enough about remote flight operations or distributed intelligence analysis to realize how treating drone flying and sensor analysis as an enterprise would radically increase its ability to surveil targets. They didn’t know enough about personal communications systems to realize that sending drone images directly to soldiers fighting below would revolutionize Air Force ground support.

WHAT ABOUT PRECISION AG?

Much of the agricultural industry is making the same mistakes in underestimating the impacts of drones because it’s been conditioned to believe aerial imagery is too expensive for frequent use on our nation’s farms. Because the FAA still doesn’t have beyond visual line of sight rules, the civilian drone market doesn’t know what the Air Force learned—that drones flown using an enterprise approach to flight operations and sensor analysis are much, much cheaper to fly than manned aircraft. It doesn’t have enough experience with advanced 3D imaging and automated image analysis to realize the impact of high resolution drone imagery processed quickly and cheaply by automated systems. It doesn’t fully know—yet—that drones make dirty and dangerous missions like crop dusting safer and an order of magnitude cheaper. Like the Air Force, the agricultural industry doesn’t know what’s about to hit it when the FAA clears drones for BVLOS flight and allows them to carry agricultural chemicals.

I am, however, willing to make some predictions on how drones will impact agriculture in the next 10 years, based on my experience with drones in the Air Force and my time at Mississippi State University as Executive Director of ASSURE (The Alliance for System Safety of UAS through Research Excellence). My first prediction is, “I’ll only get this half right because I simply can’t envision the innovation of our agricultural industry.” With this caveat in mind, and with the need for BVLOS authorization underlining it all, here are my forecasts for the major impacts of drones on the agricultural industry:

Agricultural maps will be quick, cheap and 3D: Pre-drone mapping was a pain. It required expensive satellite images and needed cloud-free weather. It took weeks to produce. BVLOS drones will change all this. They’ll use 3D sensors to map thousands of acres of farmland at a time. If the cloud deck is low, drones will fly under it. Farmers will take advantage of enterprise imagery processing developed by the insurance industry to assess storm damage; the construction industry to monitor building progress; and, yes, the plain old mapping industry will keep agricultural imagery updated constantly. Three-D drone imaging will be ubiquitous because drones must see and avoid as they fly.

Hence, farmers will readily send a drone out to check on a leaky irrigation line and see if their cantaloupe crop is big enough to harvest in one flight. Intelligent mapping agent programs will take the data the drone captures with its sense-and-avoid systems and mapping sensors to update a 3D map of the farm. Unmanned ground vehicles and equipment will also contribute to this database with their own 3D sense-and-avoid systems. Algorithms will detect problems and flag them for display via augmented vision systems.

If you don’t believe me, read up on the US Army’s Integrated Visual Augmentation System (IVAS). IVAS consists of a pair of militarized Microsoft HoloLens worn by individual soldiers. The Army thought it was just getting a system to integrate night vision goggles, targeting scopes and nav gear into a single augmented reality display. Soldiers quickly discovered they could make their own 3D maps with the sensors and share them in real time with other soldiers, displaying problems via augmented reality. Imagine what systems like that could do with a couple of agricultural drones and a dozen or so driverless farm vehicles feeding them.

Multispectral imaging will finally pay off…maybe: Multispectral imaging has been making farmers big promises for a long time but hasn’t paid off because the signatures are difficult and farmers must detect them quickly before it’s too late to treat the problem. It is still a tremendous problem, but coders conquered a bigger one with facial recognition algorithms. I hope the same techniques that worked for facial recognition with visible light sensors will work for plant stress recognition with multispectral sensors. Facebook has accurate facial recognition algorithms because its users refine them for Facebook each time they tag a friend in a picture. The agriculture industry won’t have millions of people helping it tag agricultural problems, but it will have millions of acres of high resolution drone imagery and tens of thousands of crop advisors, university researchers, crop insurance agents and fellow farmers who will help crowd-source more accurate algorithms. It should work.

Crop insurance agents will see crops better than farmers: There are a lot of challenges to agricultural precision sensing: getting the right spectral signatures and delivering application prescriptions in time, costs of upgrading to precision sensing and applicators, etc. The crop insurance industry doesn’t have these problems. It’s supported by a large, well-funded effort to use remote sensing for the property insurance industry that can be applied to crop insurance. It doesn’t have to worry about fixing agricultural problems. It will use cheap, high resolution 3D drone imagery to deny farmers’ claims if they’re based on negligence or constitute fraud. Consequently, crop insurance companies will be the first, and possibly largest, user of high resolution drone imagery.

The commodities market will see crops better than insurance agents: Commodities brokers already have the sensors needed to predict the future for agricultural commodities; all they need are BVLOS rules and some improvements in micro-weather forecasting to precisely predict crop yields. Urban drones will solve the weather forecasting problem because they need extremely accurate micro-weather forecasts to operate effectively in built-up areas. Agricultural drones will play a parallel role because there will be thousands of them and they’ll all gather weather data in real time, contributing immensely to the kind of weather forecasting commodities brokers need to predict the market. Just like the insurance industry, the commodities market doesn’t have to fix the agricultural problems they see; they just have to bet on them.

Agricultural applications will go unmanned, but not like you think: The agricultural applications industry will change profoundly once the FAA makes BVLOS rules and decides it is safer to let drones do crop dusting than to have manned aircraft do it. Early adopters will simply convert manned crop dusters into drones and reap the benefits of more precise spray patterns and longer endurance. The true innovators will design drone crop dusters from the ground up to profit from drones that can operate from anywhere, fly much longer than manned aircraft and fly in tight formation safely at any altitude.

Agricultural overspray will be a thing of the past. Manned aircraft usually apply chemicals approximately 10 feet above crops, flying anywhere from 120-140 mph. Chemicals can take 30 to 40 seconds to fall in these cases; plenty of time to drift into the next row of crops, and even into the next field. Drones can deliver agricultural chemicals at one to two feet over crops at speeds from zero to 90 miles per hour without a runway, allowing farmers to apply to individual plants with drones. They can do this with large sprayer vehicles—drones can just do it five times faster, 10 times cheaper without compacting the soil and without contacting contaminated soil when treating for plant disease. I can see a day where sensor drones talk directly to applicator drones, and together they figure out how to treat detected problems. I can see where formations of applicator drones, each carrying a different type of application, will fly over a field to apply treatments much like a flying ink jet printer. I can see insecticide drones standing by in dozens of locations during locust season, interacting with sensor drones to stop a swarm before humans even realize they have a problem.

There are my predictions. Now that I’ve looked at them in writing, I might be more than half-right. I think farmers will start out with drones like the USAF did before 9/11—stuck with thinking about still-imagery maps and complaining about how long it takes to get actionable data. It won’t take long after the FAA approves BVLOS rules for someone to realize that if drones can make 2D maps with a single sensor, they can make 3D maps almost as quickly by using either another optical camera or adding LiDAR. Someone else will question why farmers bother to make maps—why not convert the data straight into an augmented reality display? Why not give everyone a civilianized version of IVAS so they can see the same augmented reality display? Why not cut out the middleman and plug that 3D data directly into robotic farm vehicles and let the robots figure out how to take out those weeds in the soybean field? Why do we continue to crop dust with Stearmans if a larger number of much smaller drones can do a better job cheaper?

Just like in the Air Force, the agricultural industry will see its world go from relying on a handful of experts making hardcopy maps that are obsolete when published to having machines provide up-to-the-minute information and, with applicator drones, the means to do something about it. It all hinges on the FAA approving BVLOS rules and chemical carry. 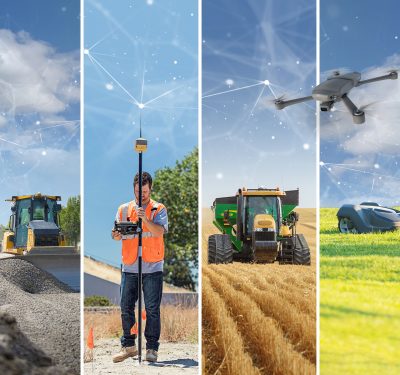 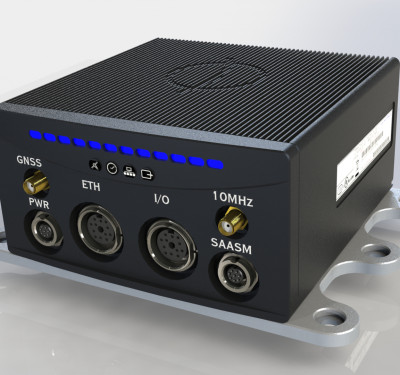